Drop in standards of probity in military

Recent report in the media brings to light that nearly 180 defence personnel, that is, serving, retired and widows, had submitted false affidavits to HUDA for favour of allotment of plots from the reserved quota earmarked for 14 categories of applicants.

In defence services, once misdemeanour, corruption or misconduct comes to light, there is no getting away for the offender.

Though the list so far put out is not comprehensive and many wielding political influence and clout with HUDA itself, seems to have been omitted. However, there is a case where 30 plots were allotted to one family. Be that as it may, here our concern relates to the defence personnel involved in this manner of cheating and the Hon’ble High Court of Punjab and Haryana expressing doubts regarding safety of the country in such hands.

Even if there were to be 1000 officers in the military who indulge in corrupt practices, their number statistically works out to less than 3 percent. Though one may argue that this percentage is statistically low and in any case military is a mirror image of society at large, where corruption is all pervasive, yet such a conduct of its personnel is unacceptable. In defence services, once misdemeanour, corruption or misconduct comes to light, there is no getting away for the offender.

Indian society has under gone a kind of metamorphosis, where a climate of loot and plunder prevails all over. This malady cuts right across the society’s full spectrum. Thus you have, on the one hand a lowly government employee and small time trader indulge in corrupt practices and cheating and on the other end, many in the top echelons of government service, politicians and crony capitalists are active in this enterprise.

So a former PM and his defence secretary get charge sheeted in the Bofors scam, a minister spends time in prison for fooling with the spectrum and two former army chiefs furnish false information to seek allotment of flats in Adarsh Housing Society.

Then there are these ‘Radia tapes,’ which hold another set of potential scams and peddling of influence to corner contracts.

Though military has strived hard to keep itself clean, yet there have been many aberrations. So all those cases with the Honb’le High Court, where false affidavits have been submitted, military authorities must seek their transfer to it so that military law can be applied.

There has perhaps been a drop in the quality of leadership and the profession of arms has become another, mere avenue for employment and not a calling.

Military authorities will deal with these cases, speedily and dish out appropriate punishment as per its laws.

Military has seem some other disturbing trends such as in ‘officer –men relationships.’ Indian society has undergone a change, in expectations, ambitions, standards of honesty and integrity.

In this miasma of degradation of character, military has tried to isolate itself from this change. By and large it has succeeded in its endeavors to stay clean and have dealt with the dishonest fairly swiftly and harshly. Even so there has been fall in standards and failure of leadership to lead by example.

There has perhaps been a drop in the quality of leadership and the profession of arms has become another, mere avenue for employment and not a calling. With the military more open to a proactive media, faults do get highlighted and more often than not are blown out of proportion.

Undoubtedly life in the military has become over stressed and this has created tensions of its own. Add to this fall in status, consequent drop in self esteem and pride has resulted in some indulging in unseemly activities.

During the last two decades nearly 600 officers have laid down their lives and over 1300 seriously wounded in defending India. No one can sacrifice his life or suffer infirmities for life unless there is abiding commitment to a cause and urge to uphold the honour of profession of arms.

Since one swallow does not make a summer, a mere less than three percent officers who may have crossed the Rubicon of integrity, the mass of them still maintain high standards of integrity and honesty and remain committed to sacrifice their lives, when called upon, in the defence of this land. 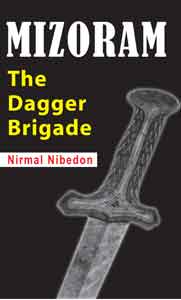 Therefore, the Hon’ble High Court of Punjab and Haryana need have no apprehensions about the capacity and commitment of the Indian Army to defend this country, not withstanding all the odds pitched against it. What we need worry is the lack of commitment of our civil services, criminals and corrupt in our Parliament and State Assemblies and the crony capitalists who may not do well by the country.

3 thoughts on “Drop in standards of probity in military”