Donbas: Its Importance for Russia

is retired from the Corps of Engineers of the Indian Army is an alumnus of NDA, Khadakwasla and IIT Kanpur. He is a M.Tech in Structures has also done MBA and LLB and is a prolific writer and a public speaker. 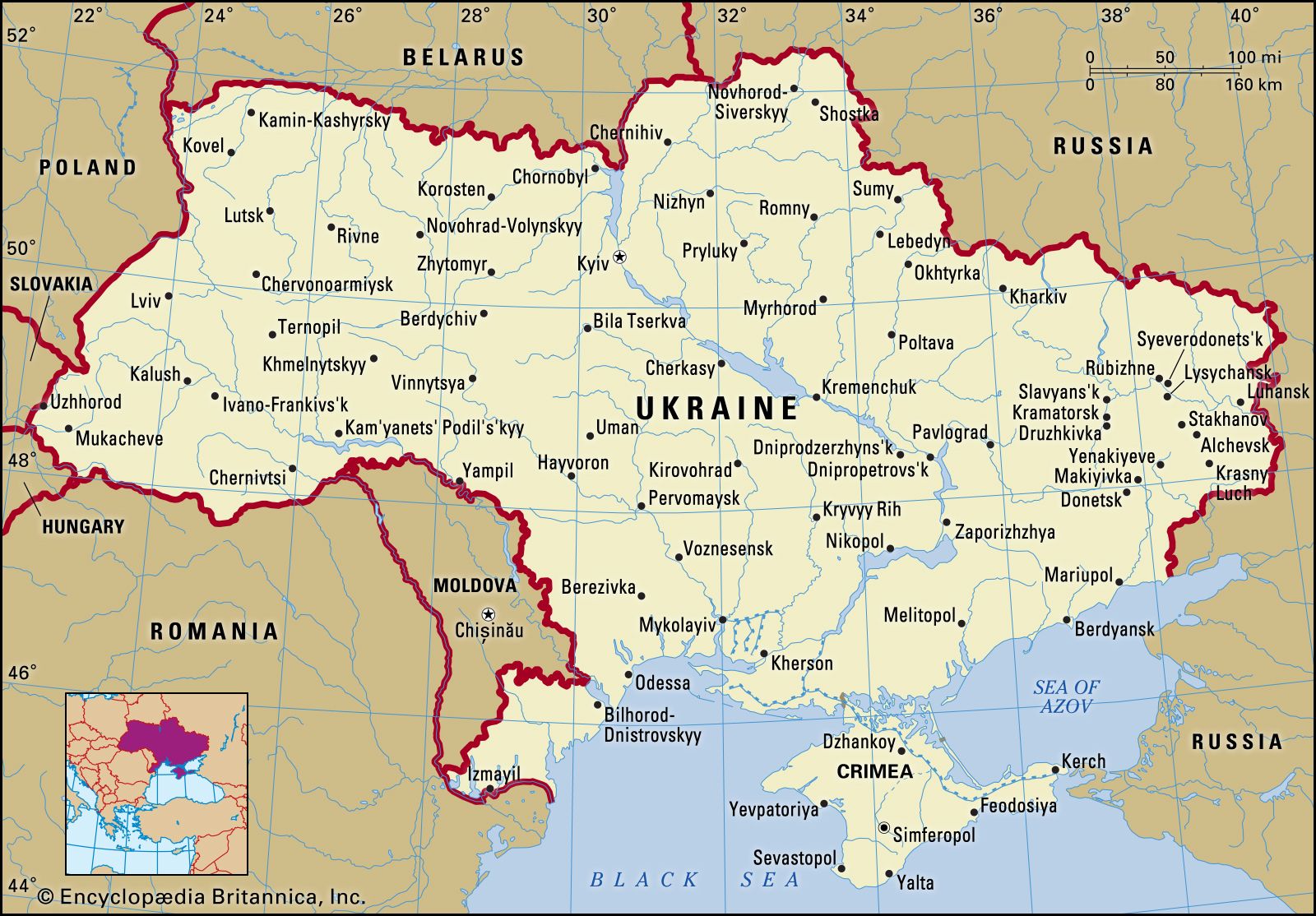 Angela Carter famously remarked “Language is power, life and instrument of culture, the instrument of domination and liberation”.

The objective of Perestroika which lasted from 1985 to 1991 was to improve socialism in USSR and restructure the Soviet political and economic system to end the era of stagnation. However, this led to unrest in eastern Europe which led to the unification of Germany on October 03, 1990 and eventually to the dissolution of the Warsaw Pact on July 01, 1990 and finally to the break up of USSR on December 26, 1991.

Clearly Perestroika had miserably failed and each Russian felt the pain of their country been broken up into 15 nations. Russia was the largest nation carved out of the breakup of USSR and claimed the legacy of USSR.

Ukraine which too was carved out of USSR shares a 1974-kilometre land border with Russia on its eastern side and is located opposite Russia on the Sea of Azov and the Black Sea on its southern side, sharing a 321-kilometre-long sea border.

Consequent to the breakup of USSR, Ukraine had thousands of USSR’s nuclear warheads and hundreds of Soviet ICBM’s in silos on its territory but fully controlled by Moscow. Ukraine never had an independent nuclear arsenal and it agreed to remove the entire nuclear arsenal from its territory. In 1992 it signed the Lisbon Protocol and it joined the Nuclear Non-Proliferation Treaty (NPT) as a non-nuclear state in 1994.The transfer of all nuclear related wherewithal took sometime, but by 2001, all such nuclear warheads and nuclear material was transferred to Russia to be dismantled and silos decommissioned.

Till 2012 the relations between Ukraine and Russia were cordial till the Kivalov-Kolesnichenko law was enacted on July 03, 2012 by Ukraine which declared the Russian language an official language in Ukraine.

This angered USA who had been secretly having desires of taking Ukraine in the folds of NATO, in contravention to various promises and assurances given to the erstwhile USSR that NATO would not expand an inch eastward.

On November 21, 2013 civil unrest started in the Maidan Nezalezhnosti (Independence Square) in Kyiv against the decision of President Viktor Yanukovych not to sign the European Union-Ukraine Association Agreement. Yanukovych had leanings towards Russia. This civil unrest was funded by USA as they did not like President Viktor Yanukovych who was perceived by them as pro-Russia, and with the framing of the Kivalov-Kolesnichenko law, the Americans had further been bruised.

On Feb 22, 2014, Yanukovych was removed from power and the same day he fled the country. Oleksandr Turchynov was installed as the acting President of Ukraine and he was tilted towards USA.

On the night of 22/23 February 2014 the Russian President Vladimir Putin had an emergency midnight meeting of the Russian Security Council in Moscow to review the situation in Ukraine.

The very next day on February 23, 2014 the Kivalov-Kolesnichenko law was scrapped by Ukraine.

Unrest broke out in Donbas, Mariupol, Odessa and the Crimea areas of Ukraine against the decision of the Ukraine government to scrap the Kivalov-Kolesnichenko Law. These areas constitute 30% of the population of Ukraine and are Russia friendly and speak the Russian language.

Since the breakup of USSR, NATO had been expanding at a fast pace and this was unnerving Russia.

Part of the Primakov Doctrine also is an alliance between Russia, China and India to counter the growing stature of USA in its reckless pursuit in becoming the lone super power in the world and thus making the world unipolar.

Sensing that the USA led NATO was now inching at its doorstep with the installation of a pro-American acting President in Ukraine, and its security would now be gravely undermined, Russia invaded Crimea on February 27, 2014 under its Primakov Doctrine, as Crimea was important to control the Strait of Kerch which connected the Black Sea to the Mediterranean Sea and further to the warm waters of the Atlantic Ocean, which would give the Russian Navy operability around the year, unlike the Artic Ocean on its north which gives operability for only three months in a year, as for the balance period the Artic Ocean remains frozen.

On March 16, 2014 Russia liberated Crimea and held a referendum for it to decide its future. 91% Crimeans voted to join Russia.

On June 07, 2014 Petro Poroshenko who had pro-USA leanings, took over as the fifth President of Ukraine.

Stung by the loss of Crimea, the Ukraine Army continued their offensive in Donbas which is located in the Eastern Ukraine and on the eastern side of the Dnieper River which is the longest river in Ukraine. Donbas consists of the Donetsk and the Luhansk regions.

Donbas is important to Russia for three reasons.

One it is home to about 30% population of Ukraine which is pro-Russian and speak the Russian language.

Second the belt of Donbas, Mariupol, Melitopol, Kherson, Odessa and Crimea give unhindered usage of the Back Sea, which is vital to Russia for its security and shipping.

Thirdly, in the event of Ukraine again deciding to join NATO few years hence, Donbas would serve as a buffer to Russia.

Adding fuel to the fire was the financial aid that USA poured in Ukraine. From 2014 till 24 February 2022, USA gave Ukraine US$ 2 billion.

On 05 September 2014 and 12 February 2015, Minsk 1 and Minsk 2 agreements respectively, were signed between Ukraine and the leaders of Donbas in which it was decided that the military offensive would cease in Donbas and all issues would be resolved by dialogue and discussion.

However, this did not happen and the offensive of the Ukraine army continued in Donbas.

On February 07, 2022 the French President Emmanuel Macron on his visit to Moscow, assured Vladimir Putin that the Minsk 1 and the Minsk 2 agreements would be implemented in totality.However, four days later on February 11, 2022 he rescinded from his assurances on return to Paris.

February 15, 2022 saw the Ukraine army increase its force levels in Donbas. Later in the day, the two regions of Donbas asked Russia for recognition as independent nations.

The dawn of February 16, 2022 started with intense shelling by the artillery of the Ukraine army in Donbas which continued incessantly for the next five days.

On February 21, 2022 Russia recognised Donetsk and Luhansk as independent nations.

The offensive in Donetsk and Luhansk by the Ukraine army aggravated following Russia’s decision to recognise both the countries.

The Russia-Ukraine War commenced. On February 27, 2022 deterred by the Russian offensive, the Ukraine President Volodymyr Zelenskyy expressed his desire to have talks with Russia to end the imbroglio.

Within a few hours of this announcement of Zelenskyy, the European Union held an emergency meeting and decided to give 450 million Euros as assistance to Ukraine. And this changed the complexion of the Ukraine response to Russia.

With aid from the European Union, NATO and USA in terms of material, money, arms and ammunition, the Russia-Ukraine War has now entered its second month.

Bradley Vinson aptly quoted “Money is a tool. Used properly it makes something beautiful; used wrong, it makes a mess!”.

2 thoughts on “Donbas: Its Importance for Russia”