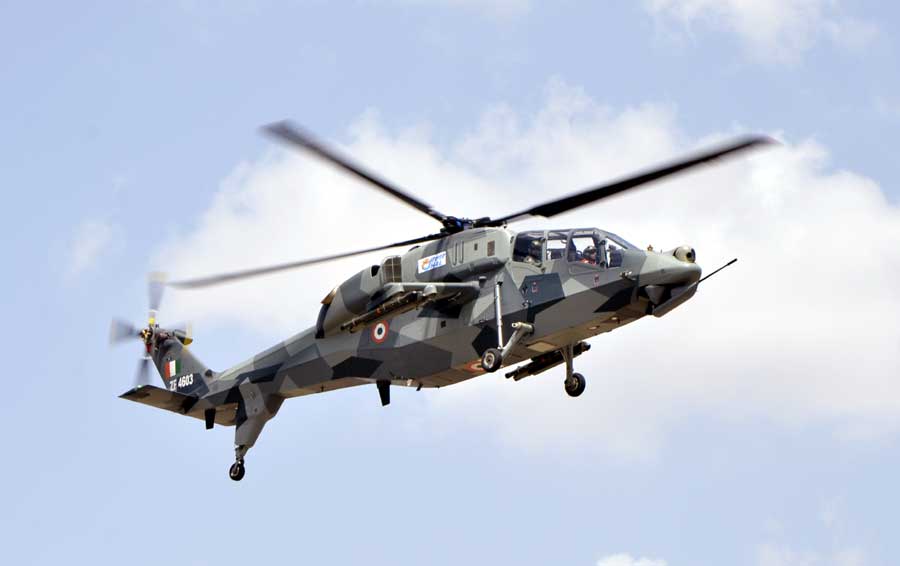 speculations in the wake of recent policy pronouncements on the intensely debated subject of India’s defence capital acquisitions to rest, the much awaited 2016 version of the Defence Procurement Procedure (DPP) has been unveiled at the ninth Defence Expo in Goa[i] by the Raksha Mantri on 28 March 2016.[ii]

An apparent contrast in the manuals approach to acquisition as opposed to its seven preceding volumes stands out in its preamble diligently crafted by the Dhirendra Singh committee report in its June 2015 discourse on the subject.[iii]

This profound acknowledgement albeit belated in itself forms sufficient basis for an elaborate organisational and procedural acquisition ecosystem designed to equip the Services and will go a long way in assuaging the somewhat adversarial public perception of this vital domain. While the preamble keeps the aspect of ‘self reliance’ and ‘Make in India’ at the centrestage of this policy, the aim of the DPP inexplicably has been semantically altered to replace ‘expeditious procurement of approved requirements of the Armed Forces’ in the previous version with ‘Timely procurement of military equipment and systems as required by the Armed Forces’. Regrettably, the scope of DPP 2016 conforms to the 2013 version once again depriving the Ministry of Defence’s (MoD) integral stakeholders namely the Defence Research and Development Organisation (DRDO), Ordnance Factory Board (OFB) and Defence Public Sector Units (DPSUs) of the benefits of a state of art capability development manual. However, in conformity to the practice in the past, DPP will only be applicable to fresh cases and not be binding on those already in progress at the time of its formal notification[v].

DPP adopts a multipronged strategy in its endeavour to stand out as an effective capability development manual. On one hand where visible attempts have been made to mitigate procedural bottlenecks for easing procurements by the Service Headquarters (SHQ), efforts have also been made on the other hand to ease dealings between the government and both domestic and foreign Industry. Initiatives such as an enhanced offset threshold of INR 2000 crores coupled with the powers for its full or partial waiver by the Defence Acquisition Council (DAC) should spur a larger participation especially from the foreign players bringing in the desired flexibility as well as cost reduction for acquisition of high technology niche weapon systems and equipment. Though private sector participation was formally allowed into defence acquisitions more than a decade ago, it is only now that the favourable provisions such as that pertaining to a 90 percent funding of the MSMEs[vi] in the ‘Make’ category shall infuse private sector expertise into the acquisition system in the true sense.

The General Staff Qualitative Requirements (GSQR) domain responsible ostensibly for failure of majority of capital schemes has been addressed in detail in the DPP 2016. The essential parameters hither-to-fore listed in GSQRs have been divided into Essential Parameters ‘A’ forming part of contemporary equipment available in the market designed to be evaluated during the field evaluation trials (FET) and Essential Parameters ‘B’ self certified by the vendor duly reinforced by a bank guarantee to be developed prior to execution of the order to meet enhanced operational requirements of the users. In addition, in an innovative attempt to depart from the L1 norms certain ‘Enhanced Performance Parameters’ (EPP) that enhance the capability of the equipment have been instituted. Absence of EPPs will not preclude vendors from fielding their equipment, however their presence in the equipment if elaborated in the technical bids will certainly get the vendor a credit score of maximum up to ten percent total and three percent for each attribute for being evaluated as L1. In order to make the QRs more pragmatic and effective, provision to augment the resources of the staff equipment policy committee (SEPC) with professional technical experts from industry and academia in the field of the equipment under consideration included in the new DPP is indeed laudable. These initiatives point to the positive intent of the government in making the DPP an effective and a user friendly document.

Time consuming procedural provisions such as approval of the Technical Evaluation Committee (TEC) and staff evaluation report by Director General (DG) Acquisition for delegated powers have been done away with thus saving valuable acquisition cycle time. However, no changes have been proposed in the Technical Oversight Committee (TOC) mechanism in terms of combining it with TEC or Staff Evaluation Committee and raising its threshold from the existing INR 300 crs as also dropping of the DPSU member as recommended by the defence private industry. An extension of additional 15 days to the earlier 30 days limit has been provided for the TOC to submit its decision. In what may reduce the trial times substantially, the FET will now be conducted by the user only pertaining to the conditions where the equipment are most likely to be deployed and self certification or simulator based trials be carried out for areas where the equipment is not likely to be deployed. The DPP 2016 categorically discourages all weather testing unless ‘absolutely essential’.

DPP 2016 is being promoted as a global capability manual aimed at bringing in greater flexibility to its executors in terms of less complicated procedures at the same time enhancing transparency[vii] in terms of integrating the Industry into the acquisition process from the planning stage. Extensive structured interaction with the Industry beginning the Request for Information (RFI) stage itself is one of the many firsts ushered in by the DPP 2016 and will certainly contribute to improving the quality of the GSQRs reaping immediate benefits. However, ‘Make in India’ and ‘Start up India’ and the latest categorisation of ‘indigenously designed developed and manufactured’ (IDDM) envisaged to be facilitated through the DPP 2016 are likely to bear results only in the mid to long term horizon and will not mitigate the immediate critical hollowness that the Services suffer in terms of availability of equipment.

The desired aim of DPP to meet the urgent requirements of the Services will not be met unless there is alignment between the intentions of the DPP with the structure of execution and the lack of accountability to capability development. The current dispensation needs to focus on this aspect more than any other to break the procurement deadlock. The policy provisions encapsulated in DPP 2016 are required to be supplemented by building of structures and models for deriving their full benefit. There is a need to build a capability development executive and a specialised acquisition structure[viii] outside of the MoD talked of by the Dhirendra Singh committee report as one of its recommendations. The proposed structure will enable currently flawed planning and a continually diminishing budgetary allocation to be optimised in tune with the international best practices. With the flexibility being embedded into procedural aspects such as FET and GSQRs the Services need to optimise their internal executive as well as back office support functions in order to fulfill maximum capital schemes falling within the delegated powers in an acceptable time frame in order to exploit the full potential for the enabling provisions of DPP 2016.

[iii] Committee of Experts for Amendment to DPP-2013 including formulation of policy framework’ http://www.mod.nic.in/ writereaddata/ Reportddp.pdf.

[v] Break from the past: In Make in India push, govt tweaks defence procurement norms.http://www.firstpost.com/india/break-from-the-past-in-make-in-india-push-govt-tweaks-defence-procurement-norms-2579344.html

[vi]PR Sanjai, Make In India is at the heart of Defexpo 2016, livemint, 28 March 2016, http://www.livemint.com/Politics/TB5GdiFeGnINGjmiqxw9SN/Make-In-India-is-at-the-heart-of-Defexpo –2016.html