China has not been made to pay yet for protecting Pakistan 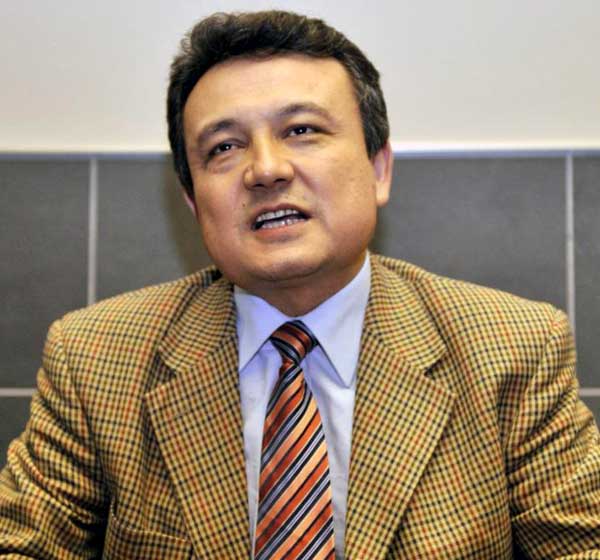 China’s repeated blocking of India’s moves in the 1267 United Nations sanctions committee to include leaders of Pakistan’s jihadi organizations perpetrating terrorist attacks against India reveals both the depth of its commitment to Pakistan and its scant regard for India’s sensitivities. It also reflects China’s thinking that it can manage relations with India largely on its own terms and does not have to accommodate India except where it is either cost-free or could further Chinese economic interests and bolster its position in multilateral parleys. Whereas our policy towards China is marked by great caution and even timidity, China deals with India from a position of strength laced with arrogance. India’s diffident response over the years to its provocations has perhaps convinced China that it can get away unbruised from slighting India periodically.

Pakistan claims it is a major victim of terrorism itself and now, with the blowback from nurturing jihadi groups, proclaims that there are no ‘good’ or ‘bad’ terrorists.

China is willing to antagonize India even on the very sensitive issue of terrorism, on which the international community is becoming increasingly united on the need to combat it collectively. The earlier approach – marked by double standards and selectivity, and convenient distinctions between ‘good’ and ‘bad’ terrorists – is showing signs of change. Even countries like Saudi Arabia, seen as the cradle of extremist ideologies that spawn terrorism, are now positioning themselves in the vanguard of the fight against it. India has been able to obtain from countries like the United Arab Emirates (with traditional links to Pakistan) language on terrorism nuanced in our favour. Pakistan claims it is a major victim of terrorism itself and now, with the blowback from nurturing jihadi groups, proclaims that there are no ‘good’ or ‘bad’ terrorists.

China also projects itself as a victim of terrorism in East Turkestan and seeks international cooperation for arresting individuals it claims are terrorists, which its reminder to India that the Uighur leader, Dolkun Isa, has a red corner Interpol notice signifies. It has got the sanctions committee to designate the East Turkestan Liberation Organization as a terrorist entity. India has endured Pakistan’s sponsored terrorism for years. In the case of Pathankot, Pakistan had conceded that the terrorists had come from Pakistan and is investigating the involvement of Jaish-e-Mohammad cadre in the attacks. Subsequently, Pakistan’s national security adviser seems to have alerted his Indian counterpart about some ‘ jihadi’ elements from Pakistan entering India for committing terrorist acts.

In this broad context, China could have joined the consensus in the UN sanctions committee to list Masood Azhar as a terrorist, particularly as the organization he heads has been on the list since 2001, and so has been its charity front, the Al Akhtar Trust since 2005. If JeM is a terrorist organization in the eyes of the UN, why its leader should be treated as a non-terrorist defies logic. China’s expanding strategic commitment to Pakistan, as signified by the China-Pakistan economic corridor, the development of Gwadar as a potential naval base and so forth, suggests that it may now want to avoid anything that would put Pakistan in the dock on terrorism to India’s advantage. Last year, it had blocked India’s move to put the spotlight on the circumstances in which Zaki-ur-Rehman Lakhvi, a mastermind of the Mumbai terrorist attacks, was helped financially to obtain a bail from Pakistan’s court in what would have been a violation of resolution 1267.

China is adopting the position that the United States of America adopted until recently, namely, that Pakistan’s terrorist attacks against India do not constitute international terrorism…

China’s explanations for its blocking moves are both duplicitous and patronizing. It claimed that India had “failed to provide enough information” in Azhar’s case (and that of Lakhvi earlier). No other committee member, including the other four members of the security council, raised this objection. Faced with mounting indignation in India at China’s political stand camouflaged as a technical requirement, China has now offered a different, and a more objectionable, explanation. Its spokesperson wants India and Pakistan to have direct communication and serious consultations on Azhar’s listing on the specious ground that procedurally the 1267 sanctions committee “encourages” this between “countries that ask for the listing and countries where individuals covered in the listing come from and live in”. This Chinese position has several implications.

One, China seeks dilution of the international dimension of Pakistan’s terrorism against India by wanting to treat Azhar’s listing as a bilateral affair between the two countries. By recommending that the two develop a consensus on the issue, it is placing jihaditerrorism in the context of India-Pakistan differences. It is deceitful in suggesting that India should persuade Pakistan to agree to Azhar’s listing, implying that Pakistan, at our prodding, should admit that Azhar is a terrorist involved in the Pathankot attacks, cut short the legal process to investigate the involvement of Pakistan based individuals in the Pathankot attacks for which it has sent a joint investigation team to Pathankot, have Azhar internationally sanctioned even before any FIR has been registered by Pakistan in this case, and abandon its possible strategy of ultimately admitting, at best, low-level JeM involvement and not that of Azhar himself.

Two, China’s double game is to block India’s bid at Pakistan’s behest and simultaneously pretend that it is a neutral party in equal communication with both sides. This is another way to slyly shift responsibility on India’s shoulders, as a victim, to resolve the terrorism issue with Pakistan, as the perpetrator, under China’s benevolent eye.

We have not found a way yet to make China pay a cost for protecting Pakistan on the issue of terrorism against India. Unfortunately, we have made things worse for ourselves by the revocation of visas for Isa…

Three, China is adopting the position that the United States of America adopted until recently, namely, that Pakistan’s terrorist attacks against India do not constitute international terrorism – which is why the Lashkar-e-Toiba was declared a terrorist organization at US’s insistence only when its operations extended beyond the subcontinent – and should be seen in the India-Pakistan context. Naturally, China does not view Uighur ‘terrorism’ as something confined to China and Pakistan principally, without the need to involve the UN sanctions committee.

The procedural argument given by China misleads. The rules of procedure of the 1267 committee merely say that “Before a Member State proposes a name for inclusion on the ISIL (Da’esh) & Al-Qaida Sanctions List, it is encouraged, to the extent possible, to approach the State(s) of residence and/or nationality of the individual or entity concerned to seek additional information”. First, China has conveniently omitted the clause, “to the extent possible”, in its spokesperson’s statement, and, second, it is distorting “additional information” to mean “serious consultations” with Pakistan. The procedures also say that a “criminal charge or conviction is not necessary for inclusion on the Al-Qaida Sanctions List as the sanctions are intended to be preventive in nature”.

As of April 20, 259 individuals and 75 entities are on the 1267 sanctions list, located in Syria, in North Korea, ISIL-held territory, Iran and so on. If the Chinese position is to be accepted, the US, for instance, needed to be in “serious consultations” and find “suitable language” after negotiations with Iran, North Korea, Syria (countries with which it has no diplomatic relations) and ISIL to include individuals and entities from these countries and territories in the sanctions list. This is chicanery on China’s part. We have not found a way yet to make China pay a cost for protecting Pakistan on the issue of terrorism against India. Unfortunately, we have made things worse for ourselves by the revocation of visas for Isa and others to attend a conference at Dharamsala.