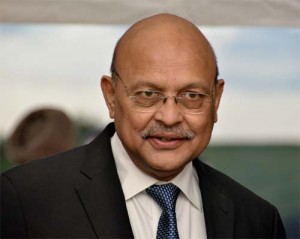 Long before Prime Minister Modi gave a vision of ‘Make in India’ initiative to make India global hub of manufacturing, Capt. (R) Bharat Verma was the first person who in 2005-2006, advised government of the time to take necessary steps to make India a global hub of weapon’s manufacturing. Being founder and Chief Editor of prestigious Indian Defence Review, he wrote on this subject for years.

I was fortunate to have met him and discussed this topic a number of times. He would occasionally say `Why do we have to reinvent the wheel? Why can’t we simple increase the FDI cap, improve our infrastructure and invite leading manufactures to setup their plants here in India. Let DRDO develop weapons, they take their own sweet time and during this time, we can bridge the technological and numerical gap (of equipment required by the armed forces) by these manufacturer, who would manufacture in India and sell to us and to the world. We have all the necessary credentials – A strong democracy, a vibrant and educated youth, a dire need – both economic and security…..`

He would go on and on, talking with so much zeal and passion. Unfortunately, no one in the Government listened and he got tired of writing and talking about it. Ironically Government did exactly the same, but long after he passed away.

If someone is to be credited with starting and promoting strategic thinking culture outside the government circles, it is Capt Verma. He started Indian Defence Review magazine in 1986, whenthere were just couple of defence think tanks or publications like USI, IDSA, Vayu etc. IDR brought in a different shade of comprehensive strategic thinking and took it to masses. Capt Verma became third editor of the IDR (first being Lt Gen Mathew Thomas in 1986 followed by Maj Gen Afsir Karim in 1993). He was the among the first one who advocated vehemently to change the national psyche from being defensive to offensive. He would often say that `No doubt that we have been a peaceful nation and society and never had any expansionist desire and this is one of the reasons of our continuation as a nation for such a long time. But for millenniums, we Indians have always waited for all invaders to knock our door before we took up the arms. Almost all Indian kings waited in their capital for the enemy and allowed invaders to loot every village or city that came his way. And this defensive or defeatist thinking has crippled our psyche. We must not repeat our mistakes and take the battle to the enemy`.

Following lines from one of his articles “1962: The Nehruvian Blunder” show the decisiveness and the clarity of his thinking

`In any future conflict, New Delhi’s political will and the capabilities of the Indian military should be such that China and Pakistan are hard-pressed to defend Tibet and Lahore respectively instead of threatening Arunachal and Kashmir`.

I met him for the first time in 2003,when I was searching for a better discount for two books on 1965 war – `War Despatches` and `In the line of duty`. Both books are published by Lancer Publishers and written by the man who commanded Indian Army during the war – Western Army Commander Lt. Gen Harbaksh Singh. My hunt took me to publisher of the books – Lancer publishers. I called them up and got a warm reply. When I visited Lancer Publishers’ office, a tall and impressive figure appeared from a room, gave few instructions to his staff and went back. While discussing discount, he came back to the room and placed his hand on my back – `we are giving you maximum discount because we want to encourage young generation to read about their armed forces and military history`.

That started a decade long relationship where I would meet him almost every month. True to his words, he first encouraged me to read military history and then to write on the subject. When he asked me to write for IDR, I came up with a bad write up on a piece of paper. He checked that, folded the paper and handed that over to me with an advice that I needed to work more before I could write for IDR.

Couple of years later, Sify requested Capt Verma to write an article on the occasion of the Republic Day. Capt Verma passed it on to me and encouraged me come up with a better article. I am glad that I lived up to his expectation. He went through the article himself and then happily sent that to sify while introducing me to sify’s editor. As he said to me, my passion took a fillip.

Capt Verma was a man seeking solutions. He would always say – come to me to discuss solutions and not problems. He had a clear thought process and courageous enough to express his crisp, to the point and blunt opinion on national security matters. One or the other TV news channel would be in his office for his opinion on any such development – be it terrorist attack, procurement, defence preparedness, corruption in armed forces, laid back and negligent attitude of MoD in particular and Government in general.

I met him last in Jan 2014 during Defence Expo when I found him week. I expressed my concern but he brushed that aside with a usual smile on his face – hiding the fact that he was fighting with cancer. He asked me to click his photo, unfortunately I clicked a not so good photo due to low light. After a couple of months, during an overseas assignment, I learnt about his sudden untimely demise. It was a personal loss to me. Since then, visiting his office is not what it used to be. His empty cabin reminds me of the absence of the pioneer strategic thinker of India.