Brace Yourself Jammu & Kashmir- Terroristan is in Election Mode

The Pakistan Muslim League Nawaz (PML-N) has been under tremendous pressure from various state institutions, political parties and other sections of the public for the past two years. Particularly, over the past year, the government has virtually been brought to a standstill while the country’s foreign affairs seem to be functioning without any specific government intervention.[i]

Nawaz Sharif, the head of the PML-N and recently disqualified prime minister, is not interested in giving the military the space  the latter has claimed for the past five decades. Sharif has been outspoken about the military and the judiciary’s alleged nexus in undermining the elected government’s mandate and capacity to govern in the country. This has clearly put him in a confrontational mode with the country’s powerful military, which continues to control all key strategic affairs.

For the past four years, the ruling party’s attempts to flex its political muscles in terms of shaping Pakistan’s foreign security policy agendas, which constitutionally fall under its jurisdiction, have been vehemently opposed by various other state institutions. In this regard, the military in Pakistan continues to win the historical struggle against the country’s elected civilian leaders. The current leadership of Pakistan’s two major institutions, the military establishment and the judiciary, have clearly shown that they are not going to offer the ruling party any helping hand when the latter is bent on shaping its electoral agenda by targeting them for their widely perceived role in side-lining the government in the first place.[ii]

During the last quarter, all major political organizations in the country have been working on making electoral alliances that are focused on isolating the ruling party’s constituency in Punjab. Mainly, political alliances are being chalked out among political and religious groups with the aim of targeting the PML-N’s support in Punjab. For instance, the sit-in in Islamabad was carried out by a religious group, Tehreek Labbaik Ya Rasool Allah’s (TYL) under the fire–brand leadership of Khadim Hussian Rizvi[iii] that has a major voter constituency in Punjab. While the agenda of the sit-in was nothing less than inviting a large-scale violence in the country, a majority of opposition parties supported or joined the sit-in, which shows that the government is not going to get any chance of fair play when a state-led opposition is bent upon undercutting its ability to govern. Surprisingly, the Pakistani Army which is renowned for brutally crushing protests and the dissent voices, was seen cringing amidst the rampage and turmoil unleashed by fanatics who held Pakistan hostage for almost a week. This in itself was an implicit indication of the Pakistan Army’s involvement in the whole episode.

In the Interest of the Region and Pakistan

With elections slated for June 2018, the best possible scenario for regional stability would be that the ruling PML-N returns to power with a colossal mandate that can restore its tainted image and credibility. A state led resistance to the Pakistan Muslim League Nawaz’s rule can only subside if the party wins a colossal mandate.

The upcoming elections are fight for might, and might is right in Pakistan. It is a fight against the deep state that is the military against democracy; it is a fight between the liberal view which wants to take Pakistan out of the quagmire of fundamentalist-Terroristan labelling and the realist view which wants to control Pakistan at any cost even if it amounts to dining with the devil[T1] 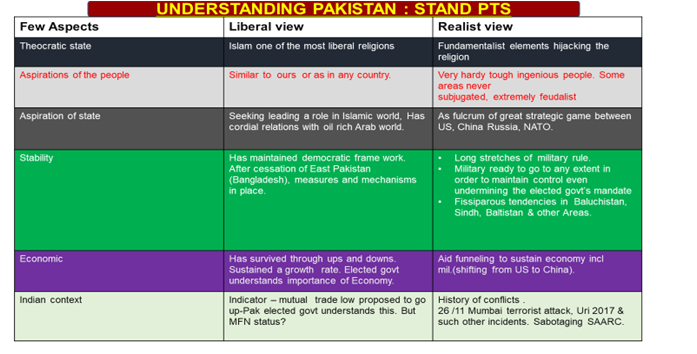 Pakistan’s democratic system is still tightly knitted in caste, ethnic, feudal, and other patronage structures. In Punjab, the ruling party controls a majority of candidates that can win elections due to their close connections with rural-based patronage structures. The country may appear to have a formal democratic setup, but in essence, Pakistan is still being ruled by these same ethnic[iv], feudal, religious and institutional interests. Over the coming weeks and months, the challenge for Sharif’s party will lie in keeping the party together. 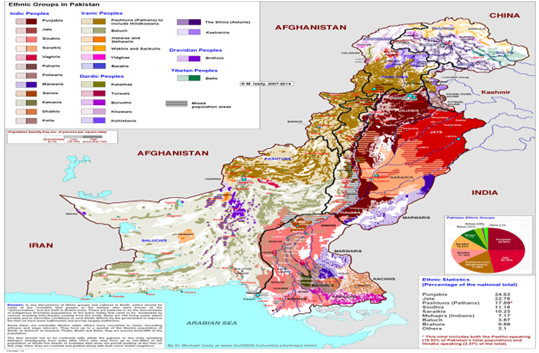 To top it all, Mumbai terror attack mastermind Hafiz Saeed confirmed on 03 December 2017 that his organisation Jammat-ud-Dawah was planning to contest the 2018 general elections under the banner of Milli Muslim. Saeed, who was under house arrest since January this year, walked free on November 24, 2017 after the Pakistan government decided against detaining him further in any other case. “The Milli Muslim League (MML) is planning to contest the general elections. I also dedicate 2018 for Kashmiris who are struggling for freedom,” Saeed said while meeting a group of columnists at the Jamaat-ud-Dawah (JuD) headquarters in Chauburji. The JuD, a front for the Lashkar-e-Taiba militant group that carried out the deadly 2008 Mumbai attack, formed MML at the time when Saeed was detained in Lahore.[v] More shocking is the fact that former President of Pakistan Gen Pervez Musharaff has shown his interest in joining hands with Hafiz Saeed in contesting elections, scheduled to be held in 2018 in Pakistan.[vi]

In order to support the props that the Pakistani Military and the ISI are carefully placing to weaken the PML-N, the J&K fire is likely to be stoked to a new frenzy in the coming months. Shades of this are already visible on the Line of Control.

The Pak army and ISI are likely to increase the pressure so as to show destructive results in the Proxy war in J&K. Terrorist attacks on security installations in J&K, organized stone pelting mobs as well as political killings are likely to be a norm in the run up to the elections.

India itself coming into election mode soon will have to respond heavily in order to increase the costs on the Pakistan Army. Precision strikes using medium Artillery, missiles and surgical strikes on terror bases will continue to be an option to up the ante with India apart from a renewed diplomatic offensive.

Drone attacks by USA against the Taliban and elements of the Haqqani network in the border areas of Pakistan will continue to increase as the Trump warnings become more assertive.

With Hafiz Saeed slated for a wide election campaign, the US will closely be watching his movements. If his connect with the Taliban, ISIS elements in Afghanistan or the Haqqani network is established, it won’t be farfetched to think that a drone attack takes care of the situation.

In case such an event takes place, the Pakistan society is going to commence its slide slowly and steadily as  fissiparous tendencies created through years of radicalisation take over the state. It will be interesting to watch whether the Pakistani Army will then be ready to bite the bullet.

[T1]Table, if sourced , should be credited (referenced)