Bilawal’s rant for ‘Kashmir’ is his passport for Security in Pakistan? 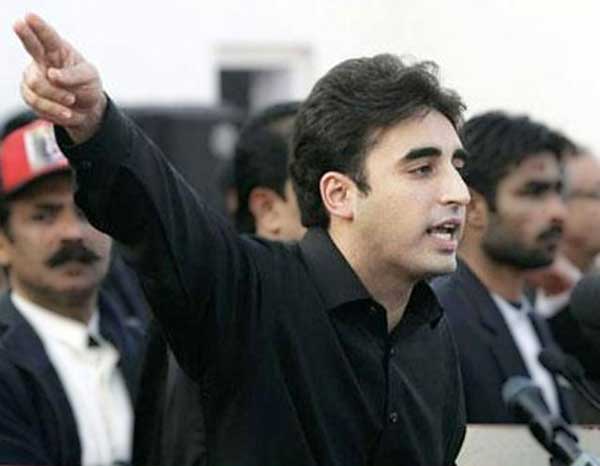 What made the young Bilawal Bhutto say “I will take back Kashmir, all of it, and I will not leave behind a single inch of it because, like the other provinces, it belongs to Pakistan”? What made him talk Kashmir while campaigning in Multan with Yusuf Raza Gilani ? Indian leaders may react strongly on this ranting for ‘Kashmir’ & for the young Bilawal these words may haunt & question him in future, if he happens to be a Prime Minister of the country, but the question remains what was the need for Bilawal to talk Kashmir from Multan, where there are too many other issues of relevance than ‘Kashmir’.

Answer to the above questions lies in another important question? Which is, who were the audience that Bilawal was addressing to, when he talked the ‘K’ word?  It was definitely not for the people of the backward area of Multan who are still trying to come out of the destruction caused by the recent floods.

It is no surprise that Bilawal is talking the language which is pleases the ears of the ISI and the Army. So yeh dil mange Kashmir speech was his passport for security in Pakistan.

‘Kashmir’ is and has been the favourite word of the intelligence agency ISI & the Army of Pakistan. It seems that the young Bilawal’s rant for every inch of Kashmir was addressed to this particular audience. The reason behind it is simple, as many in PPP privately talk and hold the then ISI & Army responsible for Benazir’s assassination! It is no surprise that Bilawal is talking the language which is pleases the ears of the ISI and the Army. So yeh dil mange Kashmir speech was his passport for security in Pakistan.

The young Bhutto is indeed trying his best to step into the shoes of his mother Late Benazir Bhutto. Bilawal Bhutto (26) is not new to politics but his inexperience is obvious and plastered on his script reading skills. Irony of politics is that inexperience and lack of ground work usually ends up a Politician into a ‘Political Actor’. Its often said that ‘an actor is as good as his script’ but strangely that does not apply on ‘Political Actors’. Bilawal was given a strong political script on ‘Kashmir’ but his inexperience was obvious in his script ranting, even his act of enthusiasm couldn’t cover his nervous script reading.

One thought on “Bilawal’s rant for ‘Kashmir’ is his passport for Security in Pakistan?”