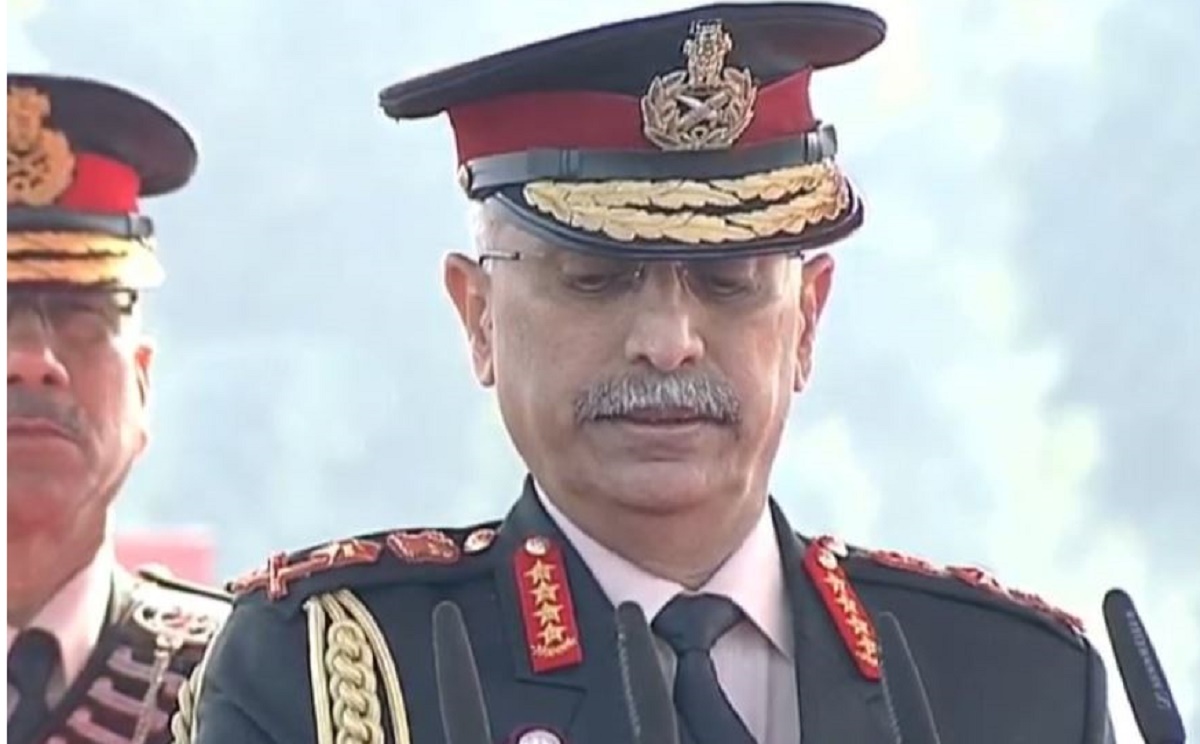 The Indian nation celebrates Army Day on January, 15 every year with great fervour. January, 15 has a historical significance; it was on this day, in 1949, that the Indian Army divested itself from British control with General (later Field Marshal) K. M. Cariappa taking over as the first Commander-in-Chief of the Indian Army from Sir Francis Butcher.

A number of parades, memorial lectures, equipment displays, investiture ceremonies organised by the Army on this day elicit tremendous response from the general public. The pace is set, in no small measure, by the traditional press conference of the Chief of Army Staff (COAS). This year the press conference was addressed on 15 January at Manekshaw Centre, New Delhi, by General Manoj Mukund Naravane who has taken over as Army Chief on 31 December 2019. The statements made in the press conference also need to be seen in conjunction with the speech made by the Chief a day earlier during the Army Day Parade at Delhi.

“As the Army, we swear allegiance to the Constitution of India. Be it officers or Jawans, we have taken oath to protect the Constitution and that is what should guide us in all time and all our actions. What it translates into is also the core values which are enshrined in the Preamble to the Constitution which are justice, liberty, equality and fraternity. That is what we are fighting for,” said the Army Chief. These historic words by the new Chief that have been hailed across the spectrum by civilians and the soldier fraternity of the country will set the pace for his tenure.

The Chief spoke extensively on issues of strategic importance concerning the immediate neighbours and the global environment. He also spoke of his vision to steer the army towards modernisation and battle preparedness in tune with existing security challenges.

Two statements with respect to J&K and Pakistan Occupied Jammu and Kashmir (POJK) made by him are of particular significance. In the first he registered unequivocal support of the Army to the reorganisation of the state of Jammu and Kashmir into two Union Territories and the constitutional dilution of divisive legislations like Article 370 and article 35A by the parliament of the country. He termed the foregoing as a “historic step” and said the move has disrupted the proxy war by the “western neighbour.” Earlier, during the Army day Parade, he had spoken of “zero tolerance against terrorism” by the Armed Forces. “Abrogation of Article 370 is a historic step. It will prove to be important in integrating Jammu and Kashmir in the national mainstream. This decision has disrupted the plans of our western neighbour and its proxies,” he said in his address Army Day function address. “We have many options to counter those who promote terrorism and we will not hesitate to use them,” he added.

His second significant statement on POJK indicated that the Indian Army will take steps to wrest the region from Islamabad’s control if Parliament so wants and if the Indian Government gives the requisite political direction. He went on to highlight the constitutional sanction that his Army has for  the aforementioned action in case it is to be taken. “There is a parliamentary resolution that entire Jammu and Kashmir is part of India. If Parliament wants that area (PoK) should be taken we will definitely do so and appropriate action will be taken accordingly,” he said and rightly so.

The writing on the wall is absolutely clear! Under the watch of the new Army Chief, the Army will support the seamless integration of the two newly formed Union Territories of Jammu and Kashmir and Ladakh in accordance with the constitutional provisions guiding the same. In so doing it will actively defeat all attempts by foreign powers to proliferate terrorism and disruption in the region while also take all required steps to defeat the evil “Proxy War.” So far as POJK is concerned, should the nation opt for a military option to take back the territories that are under illegal occupation of Pakistan, the Army will carry out the task successfully since it is fully prepared for the same.

POJK is totally under the control of the federal government of Pakistan that administers it through the draconian Ministry of Kashmir Affairs. The so-called prime ministers and presidents of the so-called Azad Kashmir are mere rubber stamps with no power whatsoever. It is no wonder then that the government in the so-called Azad Kashmir is always of the party that is ruling Pakistan; such is the scale of rigging that is carried out during the sham elections.

The people of POJK are Indian citizens who are being persecuted and repressed by an occupation power whose only interest is to colonise the region and loot it of its vast natural resources. The Government of India, therefore, is constitutionally bound to take all action that is necessary to get back what is legitimately Indian land and also to ameliorate the extreme suffering of the people. If political and diplomatic efforts fail then the Army has already given an assurance that it is ready to go for military action.

When the Indian Army Chief speaks on the occasion of Army Day the rank and file of the 1.3-million-strong force as also the entire nation and the international community listens. The General has, early in his tenure, assured the nation that it is in safe hands of an Army that will shun politics while focussing on its constitutional duty of ensuring the sovereignty and territorial integrity of the nation. He has also expressed, on behalf of his organisation full faith and adherence to the core values which are enshrined in the Constitution.

The nation would not seek a better way to usher in the 71st Republic Day then to be thus assured by the lips of the Army Chief that the nation continues to be secure in the strong hands of its Armed Forces.