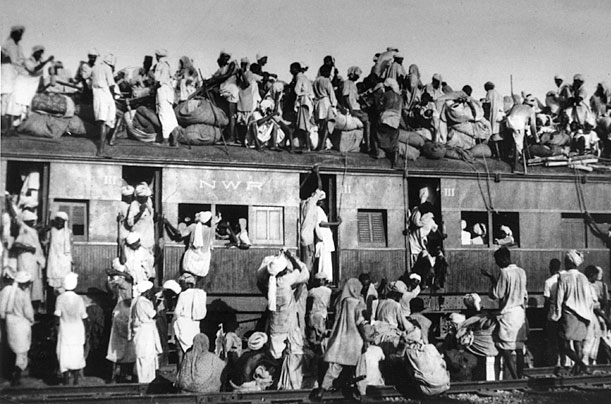 The other day  I was stunned to hear from a close confidant of former Bihar Chief Minister and union railway minister Lalu Prasad Yadav that unless somebody like Narendra Modi became  the Prime Minister, India would witness another partition sooner rather than later. Given the reactions of a section of Muslims and Muslim leadership in Mumbai, Pune, Bengaluru, Hyderabad, Lucknow and Allahabad to the happenings in Assam, he was emphatic that as in 1947, the next partition would also be on religious lines because of the noble concept of secularism in India becoming increasingly perverse. Of course, the prospect of another partition of the country is something that has been talked about in our strategic circles and middle class homes over the last few years. But a close confidant of Lalu Prasad, one of India’s leading  “secular” leaders – the concerned gentleman  has been  a  Member of Parliament for two terms and MLA once ; he lost the last Assembly elections in Bihar –  fearing about  another partition, though strictly in his private capacity, is something that is really alarming.

In fact, most of our “secularists” have not learnt anything from the way the country was partitioned in 1947.

I have often argued that the so-called secular politicians and analysts( dominating our intelligentsia and media) are among the most communal-minded persons in the country, given their uncritical and unthinking support to self proclaimed Muslim politicians and religious leaders. They have not bothered to find out whether these self-proclaimed leaders are the genuine representatives of our Muslim brothers and sisters. In fact, most of our “secularists” have not learnt anything from the way the country was partitioned in 1947.

In the name of secularism, Gandhiji and the Congress encouraged Muslim separatism in the country. If today Muslims are being misguided by some of their leaders over what is happening to Bangladeshi Muslims in Myanmar, it is in line with what happened during the Khilafat movement (1918-21). That time, Gandhiji supported the pan-Islamic campaign launched by Indian Muslim leaders to influence the British government and to protect the Ottoman Empire whereas in the Turkey itself Mustafa Kemal Pasha, the legendary Turkish leader, was planning how to secularise and modernise Turkey as a Republic. In fact, the more Gandhi and the Congress appeased the then Muslim leadership, the more stubborn they became in their separatist outlook.

The sad result was the partition of the country. But what was more unfortunate was that the appeased Muslim leaders, who got Pakistan, never represented the Muslims of undivided India as a whole in the true sense of the term. That explained why majority of the Muslims preferred to remain Indians rather than becoming Pakistanis in 1947.

Sadly, majority of our “secular” political parties and intelligentsia are least bothered. They pretend as if the problem simply does not exist.

As was the case before 1947, overwhelming majority of Indian Muslims even now is peaceful and patriotic. They believe in peaceful coexistence with other Indians. Unfortunately, some of their leaders are provoking them to develop separatist outlooks and in this these leaders are being supported by our “secular leaders” in the mainstream political parties. In fact, I would like to add that some of the newly created institutions like the National Minority Commission (NMC) are aggravating the crisis by adding fuel to the fire lit by the “secular” leaders. See their blatantly partisan report on the recent riots in Assam, something many reputed human rights organisations have dubbed as rubbish.  I often wonder whether in a secular country like India, which has a National Human Rights Commission and a separate ministry called Minority affairs, there should be a  at all. The NMC has not played any meaningful role other than promoting and legitimising separatist outlooks among our citizens,   such as demanding reservations and minority-specific laws that weaken the very spirit of our democratic constitution. Had it not been so, one would not have come across the recent statement of Azam Khan, the number two in the cabinet of Akhilesh Yadav in Uttar Pradesh that time has come to give Indian Muslims reservations in jobs and legislatures in proportion to their actual number, which is about 15 per cent of India’s total population.

These are dangerous trends. Sadly, majority of our “secular” political parties and intelligentsia are least bothered. They pretend as if the problem simply does not exist. This “secular” factor is also hampering our efforts to fight terrorism, notwithstanding the fact that India is one of the worst victims of terror. In order to protect our so-called secularism, we cannot frame special laws, something which most countries the world-over have done, to fight terror. Why? Simply, because any such law will be branded as anti-Muslim! Worse, even the conventional law-enforcement mechanisms are not being allowed to be used under political pressure if the members of the Muslim community are suspect. The police force in various States, the counter-terror veterans in the intelligence agencies and even the Army have given enough hints that their hands are tied in apprehending the Islamic terrorists these days.

It may be noted that most of the radical leaders among the Muslims believe in Wahabism that talks of the absolute supremacy of Islam over all other religions. They fight to strengthen their ultimate goal of establishing the Islamic domination all over the world.   Wahabism is totally opposed to Sufism, the main guiding force of Muslims in the Indian subcontinent for ages that talked of peaceful and harmonious co-existence with other religions. But the vote-bank politics in recent years has become so pervasive that our politicians and intelligentsia are totally defensive and often apologetic to the champions of the xenophobic Wahabism that is dividing the Indians.

…in the absence of a clear definition of secularism in our political parlance, we will continue to witness “communal politicians” becoming “secular” overnight and vice versa, with everything depending on the political convenience of the parties…

Lest I may be accused of being  communal, I should  clarify that until I came to Delhi to pursue my higher studies I had never felt that as a Hindu  I was  different from a Muslim. In fact, once we had a land- lady in my home state Odisha who was a Muslim and she often went to my orthodox village and lived with my family for days together. She was a proud Muslim and my parents were proud Hindus, but that did not matter in their staying together in the same house for days. Being orthodox does not mean being communal. It meant that you practice your rituals and respect and facilitate others to practice theirs. My definition of communalism is denying somebody his or her due because of his religion (or caste or ethnicity). Likewise, promoting some body not because of his or her talents but because of his or her ethnicity is communalism.  In a truly secular country, everybody should be equal in every sense of the term and anybody denying this equality must be given the harshest possible punishment.

Unfortunately, our “secularists” today are promoting the identity factor to such a perverse extent that gradually more and more Indians are tending to find virtues in communal ways. See the way our politicians and intelligentsia have reduced secularism just to a slogan.  They find in it a panacea to explain and justify all their deeds (or misdeeds). For years, you may be in the ranks of the “communal” BJP, Shiv Sena and Akalis, but if you change sides then the best way of explaining this is your discovering virtues of “secularism”.  You or your party may have been in the alliance with the “communal parties” in the past, but if you or your party is now in the other side, it is because of your concerns for minorities and convictions to “secular politics”!

Interestingly, “secularism” has been never defined by its champions in India.  Though the 42nd Amendment in 1975 by Indira Gandhi’s Congress Government did incorporate the word “secularism” in our Constitution, it did not define what secularism was.  Ironically, her Congress party, which dominated the then Rajya Sabha in 1978, foiled an attempt to actually define secularism as “equal respect to all religions” by defeating an amendment-Bill that had already been cleared in the Lok Sabha during the Janata regime of Morarji Desai.

Thus, in the absence of a clear definition of secularism in our political parlance, we will continue to witness “communal politicians” becoming “secular” overnight and vice versa, with everything depending on the political convenience of the parties and their supporters.  But then, enough is enough. Time has come for a rethink; otherwise the inherent dangers that are highlighted in our cover story this week may well result in yet another partition of the country. It is a horrible thought, no doubt; but we can wish that away only at our peril.

2 thoughts on “Another partition?”