A peaceful, progressive J&K would be the best tribute for Atal Bihari Vajpayee 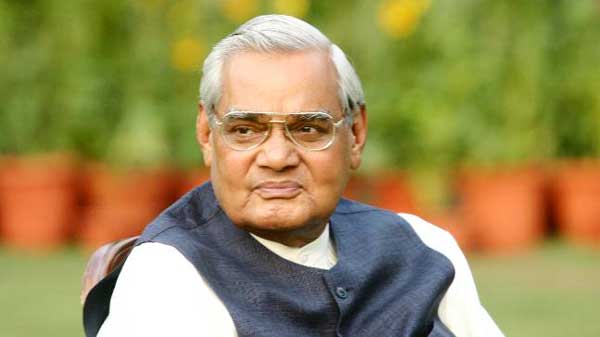 Atal Bihari Vajpayee, the great son of India, inveterate nationalist, acclaimed statesman, seasoned politician, hard core optimist, compulsive unifier and great visionary has embarked on his last journey. The grief is universal and eulogies are pouring in from across the world. His selfless service to his country, his contribution of towards the world affairs and his inherent humanity are being remembered with nostalgia and reverence.

Atal ji’s efforts to pull back the state of Jammu and Kashmir from the depths of violence and despair stand out as premier among his many accomplishments. Those who look upon the present situation in the state as critical need to recall the terrible times of the late 1990’s and early years of this millennium, when terrorism was at its peak and governance a near impossible challenge; Atal Ji pulled the state out of those terrible times and brought about some semblance of normalcy that continues to date.

In consonance with his inherent characteristics, Atal Ji adopted for Jammu and Kashmir a policy of “opening all avenues for dialogue while not compromising on national integration and constitutional sovereignty.”  He was convinced that improvement of relations with Pakistan was essential for economic and social progress of the South Asian region as a whole and this would be possible only on resolution of the Kashmir issue. On becoming prime minister of the country he embarked with full energy on to the realisation of his conviction.

Atal Ji realised that the security of the state was a necessity before adopting any political or diplomatic initiative. With this in mind he gave full support to the security forces, especially the Indian Army, to break the backbone of foreign sponsored terrorism in the state. It was during his time that the security fence came up along the Line of Control (LOC) in Jammu and Kashmir. The project was very difficult and challenging, but it was accomplished and has, ever since, restricted infiltration to a great extent. Many modifications and improvements have been carried out over the years to convert the LOC fence into a potent obstacle system.

The Indian Army, with full support of the government led by Atal Bihari Vajpayee launched incisive counter-terrorist operations in the hinterland of Jammu and Kashmir. These operations, launched with intensive local support and complete synergy with the paramilitary forces and the Jammu Kashmir police, were successful in breaking the backbone of the terrorists. The area south of the Pir Panjal which was a hot bed of terrorist activity was completely sanitised and the scourge was isolated into the confines of the Kashmir Valley. The number of terrorists operating in the state came down from thousands to a few hundred. Continuation of the policy laid down by Atal Ji has led to the present situation where the number of active terrorists is not more than 200, a figure that is well within the capacity of the security forces to handle.

Politically, Atal Ji put his statesman like qualities into play to build a constituency of peace and development in the trouble torn state. He was always ready to go beyond his party line to support such local mainstream political parties that had the potential of forming and running a democratic government in the state. It was during his times that both the National Conference and the Peoples Democratic Party ruled the state in turns with complete support of the centre. It was inconsequential for Atal Ji that the governments were in place as coalitions with the Congress party which was his main opposition at the centre. He kept himself above petty political brinkmanship to realise the larger goal of giving democracy firm roots in the state and in this he achieved astounding results.

Atal Ji as prime minster set aside ego and opened dialogue with the Kashmiri separatists. There were meeting arranged at the level of the Deputy Prime Minister! Shri LK Advani met the senior separatist leaders including the inveterate hawk, Syed Geelani, and assured them of full cooperation of the centre to address their genuine grievances and aspirations within the framework of the Indian Constitution. Unfortunately, the separatist leadership could not rise up to the stature of Atal Ji and the opportunity was lost. It never came back again!

Atal Ji’s concept of resolving the Kashmir issue on the basis of “Insaaniyat, Jamooriat and Kashmiriyat” (Humanity, Democracy and Kashmiri culture) has continued to be the foundation of successive central governments, both UPA and NDA.

Peace and reconciliation with Pakistan was an important prong of the Vajpayee Doctrine. As mentioned earlier, he felt that the two countries needed peace to progress and peace would come by only through resolution of the Kashmir issue. He put in his complete energy towards realisation of this vision. His outreach to his Pakistan counterpart, Nawaz Sharif, and the bus diplomacy is well known. He did not allow the Kargil duplicity to cloud his vision and after winning the limited war, he was magnanimous enough to open his arms to the dictator, Pervez Musharraf, who was the perpetrator of the misadventure. Atal Ji did so since he wanted to leverage every opportunity to build peace with Pakistan. His statesmanship won great prestige for Indian in the entire world and was the first step towards the isolation of Pakistan. It was during his time that the world realised Pakistan’s involvement in terrorism and sympathy for India grew. Pakistan has not stopped its nefarious activities or shed its evil designs, but it is certainly not as blatant as it was in the last two decades of the 20th century.

The people of Jammu and Kashmir have a lot to thank Atal Bihari Vajpayee for and the best way to do so would be to fructify his vision of a peaceful and progressive state that is fully integrated with the Indian Union and enjoying the fruits of democracy akin to the rest of the country. He laid a strong foundation for peace; a little bit of effort and will power would ensure that his dream comes true.