1971 War: When world woke up to Pakistani terror and India’s endeavour to save humanity in Bangladesh 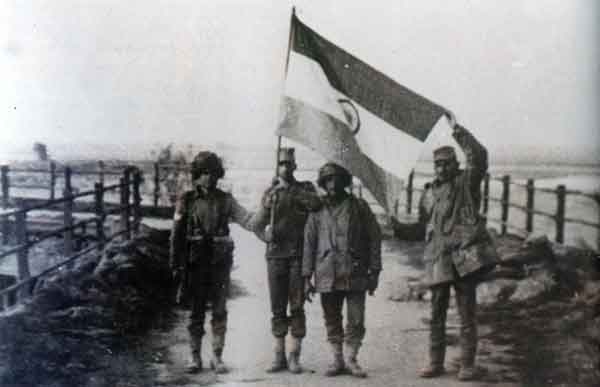 “Bangladesh Bangladesh, When the Sun Sinks in the West” my generation still remembers the crystal-clear voice of Joan Baez, the youth icon of the ‘flower generation’, supporting an action to save the millions of Bengalis fleeing their homeland after Pakistan’s generals unleashed terror on the populace of the land which would soon become Bangladesh.

The birth of this new country was to become an event observed by the entire planet; the months which preceded the ‘birth’ are engraved into world history.

Joan Baez had written ‘The Story of Bangladesh’ in March 1971, soon after the Pakistani Army crackdown on sleeping unarmed Bengali students at Dhaka University on 25 March 1971, an event which triggered the Bangladesh Liberation War eight months later.

This month, the planet celebrates the 50th anniversary of the liberation of Bangladesh by the Indian Army. For many, the events of December 1971 symbolise an awakening of the world consciousness to the injustice and cruelty of Pakistan’s state politics towards the people of East Pakistan.

It also remains an episode that united the multitudinous progressive forces in all continents in an aspiration for a better world. Many nations played an extremely negative role, first and foremost being the United States of America and China.

Many sides to birth of Bangladesh

In this context, it is unfortunate that in 1971, the United States, for its own petty political interests (primarily to become friends with Mao’s China) gave its support to the Pakistani dictator and this despite the ‘Blood Telegrams’ sent by Archer Blood, the US Consul General in Dacca, informing Washington of the atrocious massacres being committed by the Pakistani Army.

There are a number of other aspects to the Bangladesh liberation, some of which have been neglected by historians. Obviously, for India and prime minister Indira Gandhi, it was a war that became a resounding victory for the Indian Army and its chief, Field Marshal Sam Manekshaw.

In many ways, it washed away the scars of the crushing defeat of 1962 against the People’s Liberation Army (PLA) of China. For the Indian defence forces, it was proof that with good, sound, down-to-earth and at the same time decisive political and military leadership and coordinated cooperation between the three Services (Army, Air Force and Navy), “India can do it”. The ‘job’ was done in 13 days (3-16 December 1971). It was an immense psychological boost for India.

One issue which is not often highlighted is that the liberation of Bangladesh saw the end of the sacrosanct Panchsheel policy. By intervening inside Pakistan’s territory, India showed that the right to self-determination can prevail over other principles.

The mandarins of South Block have always preferred ‘not to rock the boat’ and the Five Principles (primarily ‘non-interference’ in other’s affairs) have been the best way to avoid looking at crimes committed in the neighbourhood (remember the invasion of Tibet in 1950?).

This time the diplomats did only intervene after the war was over (to botch up the military successes and give Zulfikar Ali Bhutto whatever he wanted).

The Indian intervention in East Pakistan explained the nervousness of communist China which had just been admitted to the UN: Would India one day ‘liberate’ Tibet, like it was in the process of doing for Bangladesh? This was certainly an issue for the leadership in Beijing that violently opposed India’s military actions. It was compounded by the participation of the Tibetan commandos in military operations.

The participation of the Special Frontier Force (SFF), a unit composed of Tibetans, which had been created in November 1962 and was under the responsibility of Brig (later Maj Gen) Sujan Singh Uban, an officer specialised in guerilla warfare, is not well known. This force played a crucial role in cutting off the retreat of the Pakistani troops toward Burma (today Myanmar) and neutralising the Mizo insurgents supporting Pakistan.

The Tibetan operations in the Chittagong Hills are important for different reasons: It had the spiritual backing of the Dalai Lama, the temporal and spiritual leader of Tibet, and also because China, an ally of Pakistan, realised for the first time that the SFF was a force to reckon with and that one day, the SFF might be used by India for operations inside Tibet.

The records of the actions of the Mukti Bahini, the Bangladesh Liberation Force, also trained by Gen Uban, are still difficult to find (even after 50 years), but their actions are worth remembering.

But there is more to the liberation of Bangladesh. Many intellectuals, thinkers and well-known personalities joined in their condemnation of the crimes by the Pakistani generals, who were supported by the US and Chinese leadership. The collusion of these two governments against basic human values is well documented.

The example of André Malraux, the Culture Minister of General Charles de Gaulle, who was extremely active in the intellectual and political sphere in support of the new state of Bangladesh, is worth mentioning. At an advanced age, he was keen to join the Mukti Bahini to help Mujibur Rehman, the Bengali leader who had won the Pakistani elections held earlier in the year, to ‘liberate’ his nation from the tyrannical Pakistani rule.

It is interesting to note that in 1971, the Indian Army was commanded by a General of the Parsi faith (Field Marshal Sam Manekshaw), the Army Commander in Eastern Command (Gen JS Aurora) was a Sikh, while the Chief of Staff (Gen JFR Jacob) was of the Jewish faith; and of course, several senior officers were Hindus. Apart from the fact that this blend is a unique trait of the Indian Army, all these representatives of different faiths defended their Muslim brothers of Bangladesh. The liberation of Bangladesh also meant the survival of a pluralistic world, where freedom of faith, speech and democracy can thrive.

In this context, it is worth mentioning the spiritual angle, particularly the deep spiritual involvement of the Mother of the Sri Aurobindo Ashram in the Liberation War.

During his entire life (including after his so-called ‘retirement’ in Pondicherry), the Rishi of Pondicherry felt extremely concerned about the happenings in Bengal (in both its western and eastern parts) and until his passing away, he would regularly be briefed about the ‘politics’ of Bengal.

Already at the start of World War II, the sage had beautifully commented upon the struggle between two worlds, one based on violence and authoritarianism (or fascism) and the other on a more human approach. He argued that it was of utmost importance to support the latter.

In 1940, Sri Aurobindo wrote: “The struggle that is going on is not fundamentally a conflict between two imperialisms — German and English

It is in fact a clash between two world forces that are contending for the control of the whole future of humanity. One force seeks to destroy the past civilisation and substitute a new one; but this new civilisation is in substance a reversion to the old principles of dominant force and a rigid external order and denies the established values, social, political, ethical, spiritual, altogether. Among these values are those which were hitherto held to be the most precious, the liberty of the individual, the right to national liberty, freedom of thought; even religious liberty is to be crushed and replaced by the subjection of religion to state control.”

In many ways, the fact that the cause célèbre for the liberation of Bangladesh attracted so many diverse voices the world over, is a reminder that if India and the world had accepted the diktats from Pakistan (and their friends in Washington and Beijing), a more barbaric world would have flourished, at least in this part of the world. The Indian armed forces should be proud to have been the main might behind this victorious multifaceted endeavour.

One thought on “1971 War: When world woke up to Pakistani terror and India’s endeavour to save humanity in Bangladesh”