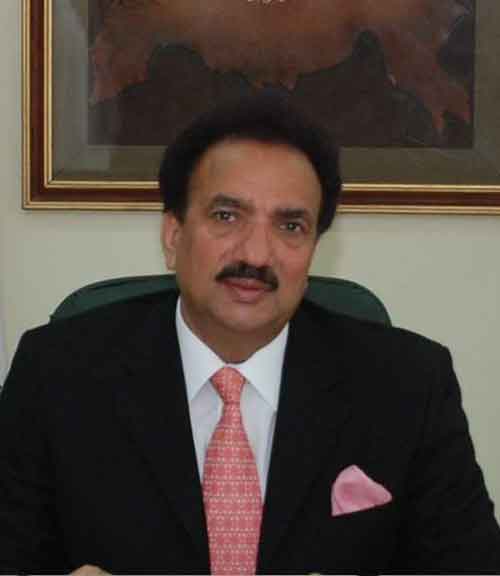 What a terrible pity that Abdul Rehman Malik still believes weather fires bullets. He probably received one as a young kid relieving himself behind the bush and the neighbor absolved himself of possible charge by psyching Abdul it was the Pakistani weather being naughty. After all in a country radicalized to the extreme, does the weather not have the right to bear firearms too? Who is this fellow anyway? Wikipedia describes him as a onetime Chief Security Officer of Benazir Bhutto. He must have been chosen because he could deflect bullets fired by mischievous weather of Pakistan onto his own behind; a quality difficult to equal.

“The postmortem revealed that the Pakistan army had indulged in the most heinous acts; of burning their bodies with cigarettes, piercing ear-drums with hot rods, puncturing eyes before removing them, breaking most of the teeth and bones, chopping off various limbs and private organs of these soldiers…

What Malik forgot while describing what happened with Captain Saurabh Kalia is that Saurabh was not martyred in Pakistani territory where ‘weather’ fires bullets? He was very much in Indian Territory when taken prisoner of war and was killed with a bullet to the temple after the most heinous unimaginable torture. Referring to the patrol led by Captain Saurabh Kalia, Wikipedia says, “The postmortem revealed that the Pakistan army had indulged in the most heinous acts; of burning their bodies with cigarettes, piercing ear-drums with hot rods, puncturing eyes before removing them, breaking most of the teeth and bones, chopping off various limbs and private organs of these soldiers besides inflicting all sorts of physical and mental tortures before shooting them dead, as evidenced by the bullet wound to the temple.”  Similarly, Squadron Leader Ajay Ahuja, whose MiG was shot down over Indian soil on May 27, 1999, was used for target practice by Pakistani soldiers after he bailed out and opened his parachute.

Abdul Rehman Malik can hardly retract his statement when saying this on TV with an equally idiotic array of his countrymen grinning in the background. There is absolutely no scope of volte face by saying the media misquoted him. If our government was left with even a wee bit of shame, Malik should have been given the marching orders there and then – booted out of the country forthwith. But lo and behold the national TV shows a beaming Shinde grasping this fellow’s hand.

Malik’s later comment that if Pakistanis had tortured Surabh, why they would return his body doesn’t stand water either. The simple explanation is that Pervez Musharraf as Pakistani Army Chief (who still views himself as the slimy version of 21st Century Genghis Khan) wanted to signal his barbarianism to India.

If our government was left with even a wee bit of shame, Malik should have been given the marching orders there and then – booted out of the country forthwith.

But that is not where the brazen idiocy of Rehman Malik ended. He then has the gumption of equating Babri Masjid demolition with the 26/11 terror attacks, asking Indians to forget 26/11 and move on – this again in company of Shinde who can’t muster the courage to rebut him. Malik’s calls for working together for peace in the region are so hollow with ground indicators the exact opposite. After all this, and absolving Hafiz Saeed from complicity in the 26/11 Mumbai terror attacks Manmohan Singh should have refused to meet Malik and asked his counterpart in Pakistan to apologize.

But like perfect neighbours we had to hold Malik’s hand and avoid public anger – so very important with upcoming elections. Hence, the remarkable breakthrough in the Samjhauta Express blast. What perfect timing; absolute clockwork precision. Manmohan’s James Bonds fully deserve it. After all how many citizens would have read B Raman’s article of 7th August 2010 (Paper number 3971 of South Asia Analysis Group) saying, “According to American investigators the LET and Al Qaeda were responsible for the Samjauta Express blast and the HUJI for the Mecca Masjid blast.

Justice and fairplay demand a thorough investigation into the two different versions that have emerged from Indian and American investigators.

What a terrible shame to witness TV debates these days; political parties throwing muck at each other’s tenures in power, absolving themselves of any charge and ducking real issues. Some government spokespersons excel in verbal diarrhoea, shouting their way out of context right till the end, ensuring others don’t get a chance to speak. Everything is politicized. Take for example the Sir Creek issue.

The Government says they do not need any sermons on nationalism. That is so very right. It will be so very difficult to understand nationalism in the first place.

If the polity understood nationalism, we would have pushed the Pakistanis out of POK in 1948 rather than declaring a ceasefire and knocking on the doors of the UN, not suffered the ignominy of 1962, not lost Aksai Chin and Shaksgam, hit the terrorists camps inside Pakistan including during the Kargil Conflict, exposed Chinese meddling in India’s internal affairs.

Isn’t it amazing that post the exposure of attempt to withdraw from Siachen, there has not been one single statement by the government on the issue.

Looking dispassionately at Rehman Malik’s blabbering, you cannot actually blame him and we should pity the fellow. He is merely reading out the script approved by the Pakistani Military-ISI. No politician or bureaucrat can hope to survive in Pakistan without the blessings of the Military-ISI.

Democracy in that country is and will continue to remain a sham. Any promises this fellow makes, their implementation will be subject to vetting by the Military-ISI.  Malik has to parrot Aman ki Asha and announce his arrival with a message of Peace and Love, followed by spewing venom to hurt Indian sensibilities as much as he can.

But, hey what about our ruling polity? They should be smart enough to surmise that if military veterans can return their medals and gallantry awards, accompanied by letters written in their own blood, veterans can certainly be relied upon to lend them some spine. Perhaps the Supreme Commander can find time to advise the government on such issues. So what if he was installed by the very same government.