A Curious Case of the Tail Wagging the Dog

is the Former Vice Chief of Army Staff. 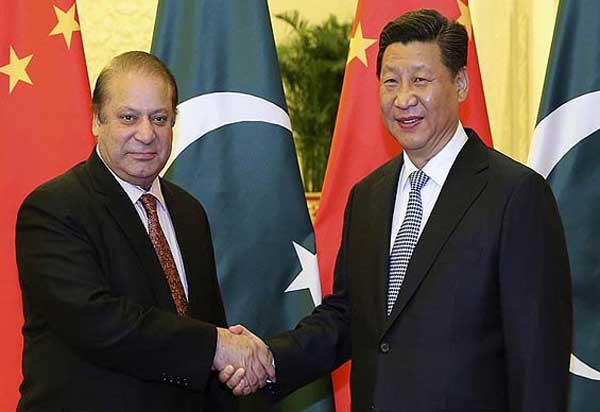 Recently, we had the strange case of China setting aside its claims to great power responsibility by taking action at preventing UN sanctions against a known terrorist, Masood Azhar, Chief of the Jaish-e-Mohammed (JeM), a prominent terror organization from Pakistan, which has engineered a number of cross border attacks in India, the most recent being the attack on an Air force base in India’s Punjab province in January 2016. On the other hand, we also have leaked reports this week that, in 2010, the US government was deliberately willing to ignore credible intelligence that Pakistan’s Inter Service Intelligence (ISI) paid $200,000 to the Haqqani Network, a Pakistan sponsored terror organization in Afghanistan, to attack the CIA’s Camp Chapman base in Afghanistan in December 2009 and kill seven American nationals posted there, among others. The money would, in all probability, have been diverted from Coalition Support Funds provided periodically for specified purposes by the US to Pakistan ever since the launch of the US led campaign in Afghanistan.

How could the US equate a peace loving and stable democratic nation like India with a terrorist infested non democratic entity like Pakistan, whose intelligence agency attacks US citizens at will?

Without doubt, the US government would have details of many more such attacks by the Pakistani ‘deep state’ against American troops and interests in Afghanistan and other parts of the world. But instead of taking firm and decisive action to put an end to such perfidy, the US government recently cleared the sale of eight more F-16 combat aircraft to Pakistan, yet another in the long list of items supplied to Pakistan over the past six decades, providing it a military capability which, despite claims to the contrary, can be used effectively only against India, a country with which the US is involved in developing a ‘strategic partnership’.

Further, whereas there was no doubt in the participants’ minds during the recently conducted Nuclear Security Summit in Washington that Pakistan’s tactical nuclear weapons posed one of the most serious vulnerabilities towards theft of nuclear weapons and material by non-state actors, curiously, it led to the US pushing the blame partially on India for this irresponsible act by Pakistan. True, there was an immediate effort thereafter by the US government to clarify that the Indo-US relationship was not being downgraded by what was seen in India as an attempt to re-hyphenate the US relationship with India and Pakistan, but the ‘slip’ did lead to many an angry protest in the Indian media.

The last fifteen years has seen many positive developments in the US-India relationship. This is a far cry from earlier times, most prominently in 1971, when the Nixon presidency went as far as prompting China to intervene on the side of Pakistan during the India-Pakistan war of that year, and also moved the US Seventh Fleet to the Bay of Bengal, in a coercive action against India. All this was quite surprising at a time when the Pakistani Army was involved in genocidal violence against the Bengali people of East Pakistan. Later in 1998, when the US implemented sanctions against India after the Pokharan nuclear tests, India perceived it as a very unfriendly act considering that the US had turned a blind eye to Pakistan having developed nuclear weapon capability a decade earlier and China, India’s other adversarial neighbour, having successfully tested nuclear weapons for over three decades before that.

…corresponding to similar efforts by China, which uses Pakistan as its proxy, through a variety of means, to keep India rooted to the sub-continent.

The momentum in the growing US-India relationship of the 1990s, that was lost on account of the sanctions, was built up again thereafter in the George W Bush presidency. It appeared that India was no longer seen by the US as just a ‘swing state’ in the global balance of power or a growing market for American goods. Instead, it was being perceived as a truly democratic, politically stable and economically vibrant nation, with a professional military and a huge resource of educated, pluralistic and non-radicalised civilian manpower, a country with great potential for providing a meaningful partnership towards promoting peace and stability in the region and the world. The relationship grew by leaps and bounds, and reached its zenith in 2008 with the signing of the Indo-US Nuclear Agreement.

The fact that the US government did not agree to Pakistan’s request for a similar agreement indicated that, finally, the era of ‘hyphenation’ of the US relationship with India and Pakistan was over.

So far, the Obama administration has largely desisted from the urge to ‘re-hyphenate’ the relationships, as evident when President Obama did not visit Pakistan enroute, or on the way back, during the visit to India in January 2015, a practice that has almost always been followed religiously in the past by US politicians and bureaucracy on their visits to South Asia. Much as Indians would generally like to grant the US government space to balance out its relationship with other countries, including Pakistan, the fact that this balancing takes place many a time by supplying military equipment, gratis or at bargain prices to Pakistan, contributing towards neutralizing India’s apparent military edge, is an aspect that raises hackles in India. These acts are seen by most as being decidedly unfriendly and hostile towards India. Many ask – how can the US be your strategic partner if it continues to supply weapons and related war material to your adversary? How could the US equate a peace loving and stable democratic nation like India with a terrorist infested non democratic entity like Pakistan, whose intelligence agency attacks US citizens at will?

So, what is it that makes a great power like the US do things that appear adversarial and highly illogical to most Indians, except to the ideological opposites who do not trust the US anyway and seriously believe that, given the history of questionable actions of the US in the past in South Asia and the Middle East, the US is not capable of doing anything differently. On the other hand, going by past history, some Indians believe that, despite the absence of logical reasoning, the US is not likely to give up on opportunities to exploit Pakistan’s utility as a gateway to Afghanistan, Central Asia, Iran and Russia.

China has to take a serious call on the issue of Pakistan’s close links to terror, even terror organizations in China, if it wants to be counted as a responsible world power.

There are others who feel that the US will continue to supply weapons to Pakistan despite its continued intransigence and involvement in hostile acts against the US, as it is a means of keeping India’s big power ambitions in check, corresponding to similar efforts by China, which uses Pakistan as its proxy, through a variety of means, to keep India rooted to the sub-continent.

For many, however, it is clearly a response to Pakistani blackmail of the most obvious type – ‘Give me new weapons or else …’, or ‘Lift up the sanctions, or else..…’. And, it appears, the blackmail is not done so subtly most of the time. Take the case of the Mumbai terror attacks of November 2008. Just because the US government provided intelligence and assistance to India for investigating the attacks for which Pakistan was clearly guilty, its convoys carrying supplies and material to Afghanistan had to face a number of well-orchestrated attacks over the next two months, till the US decided to give upon its efforts and put a stopits official statements holding Pakistan responsible. Hence, for many close watchers of the US-Pak conundrum, the most obvious reason for US inaction on Pakistan appears to be a combination of all of the above. But, there can be no doubt that the US will have to ‘bite the bullet’ some day.

China also has to take a serious call on the issue of Pakistan’s close links to terror, even terror organizations in China, if it wants to be counted as a responsible world power. Last week, in one stroke, it lost the respect of the Indian people when its actions prevented naming and shaming of a diabolical global terrorist by the United Nations. China’s action proved that only self interests matter – not universal principles. China proved that, once again, as on many other issues in the past, the tail can indeed wag the dog.