Yemen Torn Apart from Another Strife 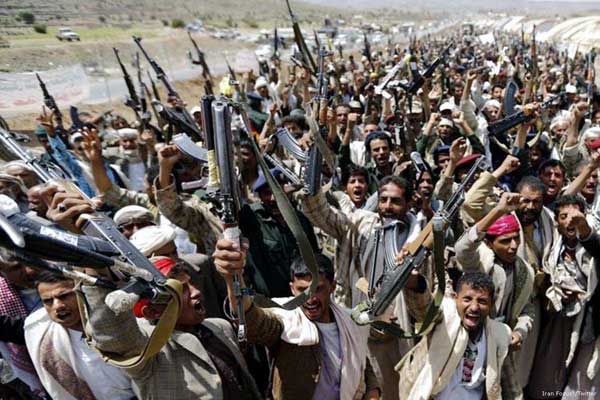 Yemen’s leading Southern separatist group Southern Transition Council (STC) has declared self-rule and state of emergency in the areas under their control, including the port city of Aden. This bold move of the STC has been strongly condemned by Saudi Arabia led military coalition and United Nation recognized government of President Abd Rabbuh Mansur Hadi.

Moreover, officials in southern provinces of Shabwa, Socotra, Mahrah and Hadramout allied with the President Hadi has out rightly rejected the self-rule declaration. It is very much evident that another deadly conflict is about to emerge in the Yemen whose epicentre will be South Yemen. In practical terms, there are now three power centres and multiple militias in today’s Yemen.

The Houthis, who control capital Sana’a and the northern areas, the southern separatists who are strong in and around Aden. And the internationally recognised government backed by Saudi Arabia. Fight against the Houthis has stalled because of recent ceasefire announcement by Saudi Arabia. But another conflict i.e. between Hadi government and Southern separatists is bound to gain momentum now.

Current situation in South is very fragile and intense clashes can erupt anytime. Forces allied to President Hadi and STC have clashed many times in past especially in last August when STC took over effective control of Aden. But now it looks that both sides will lock horns in a conflict which will drag on for quite a while.

To understand this conflict first we have to know some historical background of North and South Yemen. The present-day Yemen consists of two formerly independent countries which united in 1990.The Yemen Arab Republic (North Yemen) and the People’s Democratic Republic of Yemen (South Yemen). The two Yemen’s had never been formally unified prior to 1990 and developed along different political and religious lines.

North Yemen’s origin can be traced back to the founding of a Zaydi Shi’a imamate, a theocracy ruled by an imam, by Imam Yahya in 897 AD. Yahya, a descendant of the Prophet Muhammad, was the first to unify the northern part of Yemen under Islamic rule.  South Yemen has a different story. The area of Southern Yemen, other than being briefly ruled by the Ottomans and the Ayyubid Dynasty, had been largely ungoverned due to its sparse population and harsh environment.

But in the 19th century the Britishers colonised South Yemen as they were looking for a place, ideally on the Arabian Peninsula, where they could service ships en route to India.

Still in 1990 two Yemen’s merged in the name of better economy and administrative apparatus but this merger was never implemented in its true spirit. Moreover, this unification left many southerners with unaddressed grievances about under representation in the new central government and the distribution of state resources.

These southern grievances persisted and became strong through a secessionist brief civil war in 1994 and the subsequent rise of the grassroots separatist’s movement called Southern Movement (or Hirak) in 2007.

STC has tried to take undue advantage of widespread grass root support for secession which persists in the south and was exemplified by a massive rally in support of the STC’s takeover of Aden. For a time being it look like that STC is in full control. But there is a strong undercurrent which can easily lead to full-fledged armed conflict between Hadi government and Southern separatists.

As the separatists are showing no sign to back off and have even declared an economic program to manage southern governorates. For sure this incoming conflict won’t be over soon as both the sides have powerful backers i.e. Saudis and Emiratis which won’t let their respective proxies to lose easily.

The international community and Arab world can’t just remain mute spectators of disintegration of Yemen. As a divided Yemen will result in years of on and off war between different factions competing for power and influence. It should also be noted that unstable South Yemen will be more of a haven for terrorist groups like Al Qaeda in the Arabian Peninsula (AQAP).

In addition to this fierce conflict in South will present Iran with golden opportunity to deepen its relationship with the Houthis in the north and make it a client state. Both the sides i.e. Hadi government and Southern separatists oppose the Houthis.

So, they have to understand that this recent development will surely help the Houthis, the most. Since any resurgence of rifts in the coalition distracts energy and resources away from the war against Houthis. Also, a divided Yemen is a perfect recipe for chronic instability and conflict in a country that occupies a strategic position along one of the world’s most important trade routes.

A decentralized federalist state that provides equal degrees of autonomy and resource sharing to southern separatists, northern tribes, and other traditionally independent regions in Yemen might form the foundations of a future Yemeni state. But the first step toward de-escalation of this conflict should be that both the sides try hard to de-escalate hostilities and follow Riyadh agreement in toto.

There is an urgent requirement of talks between President Hadi government and Southern separatists. So that some legitimate demands of separatists like better representation in the government and autonomy can be addressed immediately. Otherwise unfortunately Yemen will be dragged into another bloody war which will only add to the ongoing sufferings of the common Yemeni.