Withdrawal from Afghanistan: Contours of the Decision and Ramifications for India 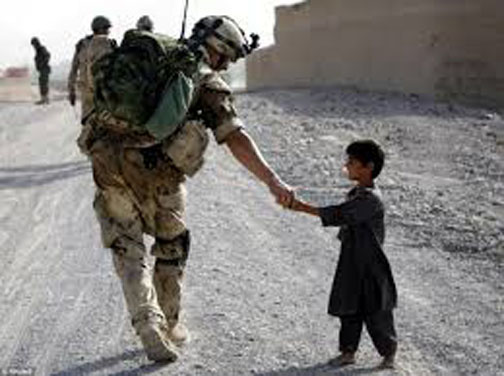 Afghanistan has been associated with the India since the days of Ramayana and Mahabharata. King Dashrath’s wife Kakeyi was princess of Kakeya Pradesh, that in ancient times, constituted a group of kingdom’s in the general area of today’s Afghanistan. Kush, the son of Rama, ruled these very north western kingdoms in the lap of the mountains of Hindukush. Gandhari, the famous queen of Emperor Dhritrashtra, was from the Ghandhar kingdom in Afghanistan.

Afghanistan has been under turmoil since ages. In pre-medieval times various tribal groups under petty chieftains fought with each other for dominance and looted the merchant conveys moving on trade routes from India to lran, China  and Central Asian countries.

The medieval history of Afghanistan originated with establishment of a united emirate by Ahmed Shah Durrani in 1747. In the 19th century, there was a contest between Great Britain and Russia to gain dominance it is called the Great Game. Britain could not fully colonise Afghanistan despite many expeditions and several wars; it however managed to bring the region under its dominance.

On 12 September 1897, the famous battle of Saragarhi post located between Fort Gulistan and Fort Lockhart was fought between 21 Sikh soldiers of 36 Sikh and 10,000 Afghan and Afridi tribals near Kohat on the British frontier with Afghanistan. It gives a clear picture of the relationship between the Afghans and the British. The country finally won full freedom from the British on 19 August 1919 under King Amanullah Khan.

Modern reforms were introduced by King Nadir Shah who ruled from 1929 to 1933. Monarchy continued under Mohammad Zahir Shah till a military coup in 1973 when Mohmmad Daud Khan declared Afghanistan a Republic and ruled till 1978.

Soviet troops invaded Afghanistan in December, 1979 to help the leftist government led by Barabak Kamal to suppress a violent revolt thus triggering a long and devastating civil war. Kamal remained president till November 1986, then came the rise of the Mujahidin (Taliban) movement covertly supported by Pakistan’s ISI at the behest of the United States with provision of training, weapons and ammunition. The USSR was forced to withdraw with great losses in 1989 after almost 10 years of nightmare. After a series of clashes with government troops, the Taliban finally captured Kabul in 1996 and declared an Islamic state of Afghanistan. Burudhin Rabbani was president till Dec 2001. Taliban then became a monster out of control of its masters – Pakistan ISI and the US. Pakistan however, continued to maintain covert links with the militant organisation.

On 11 September, 2001 (9/11), Al Qaeda terrorists hijacked four civil aircraft’s and crashed them in the twin towers of the World Trade Centre and the Pentagon, The chief of Al Qaeda was under the protection of  the Taliban. In a joint offensive of USA and allied forces, the Taliban was removed from power and a democratically elected government was put in place. Hamid Karzai became the president in 2001 and was re-elected in 2009. The current president is Ashraf Ghani, who took over on 29 September 2014.

Now the US, after 20 years of debilitating engagement with the Taliban that it nurtured and equipped them with stingers and modern weapons, wants to extricate from the region as soon as possible. Joseph Robinette Biden Jr (President Joe Biden), 46th president of United states of America, has announced a pull out of his troops  commencing from 14 April 2021.

The war against Taliban that is presently in the state of stalemate has taken a huge toll of approximately 2500 US soldiers with double the number injured/wounded, even as 1.5 lakh Afghan civilian deaths are reported. It has been an enormous drain on the American exchequer with expenditure pegged at about 2 trillion dollars.

When Barak Obama was US President, there was a massive US strength of about 100, 000 troops in Afghanistan. Presently there are about  5000 US troops operating there, which is basically a symbolic presence. One can logically say that the withdrawal has already been done. There is a side plan to leave a small force in Kabul to protect US diplomats posted at the American Embassy in the capital city.

Joe Biden highlighted in his speech that the US went to Afghanistan because of a dastardly attack that happened two decades ago but that cannot explain continued military engagement in the country till 2021. He emphasised that the US cannot suffer further casualties of troops. He said that as the fourth president to preside over the US troops presence in Afghanistan he was unwilling to pass it on to the next president.

The decision to withdraw from Kabul has been received with both dismay and relief in the US. The veteran groups, kin of soldiers and human right organisations have applauded the decision as the losses were mounting in the prolonged war. The Republicans have criticised the sudden decision arguing that it will embolden al Qaeda and other terrorist groups even as resurgence of Taliban with covert help of Pakistan will cause insecurity in the region and will also affect security in the US. CIA Director William Burns has forecast a key risk inherent in the withdrawal plan to the senate intelligence committee.

Strategic Analysts have predicted that it will leave the field open for Pakistan’s double game of keeping the hunter and the hunted happy.  Chirstine Fair, South Asian Geo-political and military expert has warned of severe consequences ,“ISI wins, Afghans lose, ” she says. Lindsey Graham, a Republican Senator said Biden is making way for another 9/11. Despite all the criticism, the Biden administration will not backtrack on this commitment. He had a long held a belief, even as vice president, that America should not have invaded Afghanistan.

The ramifications of US withdrawal on survival of the democratic government in Afghanistan is an issue of critical significance. Afghan President Ashraf Ghani on 14, April, said that his Government respects the US decision of exit from the country and that the Afghan security and defence forces are capable of defending its people and country from external and internal threat. Political pundits, however, predict that Taliban will be a strong threat to Ghani’s government since Afghan forces do not have fire power and the expertise of the US Army. Pakistan is bound to will play the role of king maker. It will do the bidding of its boss, China, from where the policy and the finances will flow.

The US withdrawal will definitely affect India’s interest in the region. India is not involved militarily in Afghanistan and has a presence only in development projects for the well being of the masses. Now there will have to be a strategic rethink. Should the country get ready for military assistance to the Afghan Government if and when the need arises or should it plan to pull out altogether, along with the development projects, if the present government falls? It can be logically predicted that nobody will like to disturb the current dispensation in the short term. In the long term anything can happen. India will require to remain ready for all contingencies in order to ensure that Indian strategic interests in Afghanistan remain safeguarded.