Will Diamer Bhasha Dam get a share in the CPEC Pie? 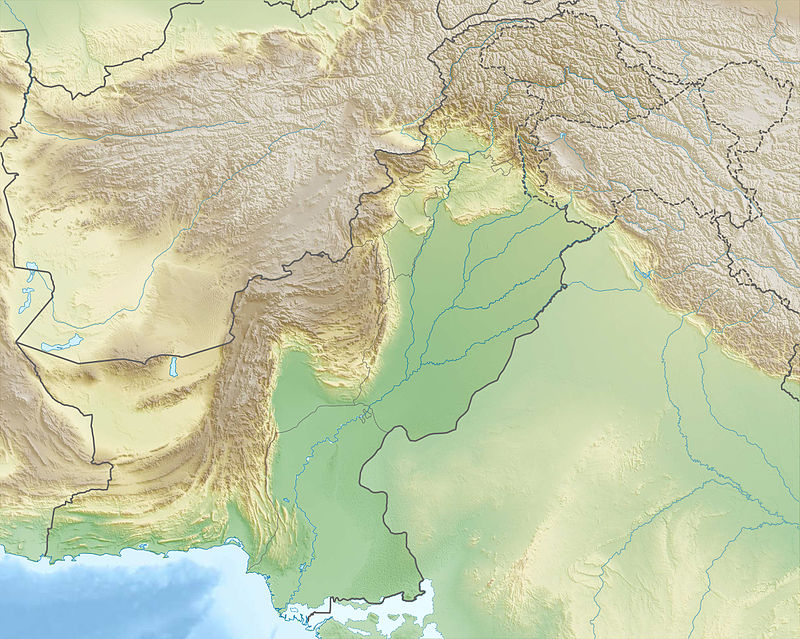 In early January 2016, Pakistan’s Minister for Planning and Development, Ahsan Iqbal, emphasised his government’s commitment towards the much anticipated, controversial and delayed Diamer Bhasha Dam (DBD) project. The likelihood of Chinese assistance towards DBD was also flagged by Iqbal, who has lately been at the forefront of DBD parleys.

…Pakistan had formally requested China to allocate funds out of its CPEC budget for this mega roller-compacted concrete gravity dam to be built on River Indus in Gilgit Baltistan.

The project has been at the centre of attention mainly due to inadequate finances, with Pakistan’s best efforts to raise money for the USD 14 billion-plus project proving to be largely unsuccessful hitherto. Earlier, in late December 2015, the Pakistan government noted that the project would positively take off in the year 2016. This fresh note of confidence is probably rooted in the possibility that DBD could be subsumed within the much larger China Pakistan Economic Corridor (CPEC) project.

Media reports indicate that Pakistan had formally requested China to allocate funds out of its CPEC budget for this mega roller-compacted concrete gravity dam to be built on River Indus in Gilgit Baltistan.

The DBD has now reportedly figured on the agenda of CPEC joint coordination committee meetings held between the two sides. Prior to this, a meeting through video conferencing was arranged between officials in Pakistan and China. Until now, China has neither confirmed that Pakistan had made such a request nor extended an official commitment on the same. Nevertheless, this is not the first occasion when such overtures have been made by Pakistan.

In the past, there were conjectures that China might provide funds to the tune of USD 4.0 billion for the project. Much water has flown in the Indus since. In the meantime, Pakistan has been frantically attempting to convince friendly countries, including the United States, as well as international financial bodies such as the World Bank and the Asian Development Bank (ADB) to support the DBD.

Despite hectic negotiations and fund raising exercises, the project is yet to see the light of day. Lack of funds is the most significant hurdle facing DBD.

The DBD project has been on the anvil for more than 15 years since it was unveiled in 2001 under the auspices of WAPDA’s Water Vision 2025. Despite hectic negotiations and fund raising exercises, the project is yet to see the light of day. Lack of funds is the most significant hurdle facing DBD.

However, it is only the tip of the iceberg. Apart from funding, there is a host of sticky issues associated with the project. The most prominent in this regard are: the contested land boundary between Gilgit Baltistan and Khyber Pakhtunkhwa, each region’s share of royalty, and the widely acknowledged ecological implications of the project.

Pakistan’s pitch to include DBD in the CPEC is a matter of last resort. 15 years after the project was first enunciated, some preliminary progress has so far been made in terms of land acquisition (with an evaluated cost of Rs. 104 billion being borne indigenously).

However, the DBD has failed to make any breakthrough in attracting financial investment even after dogged efforts to convince potential sources for funds, at times sponsored by Pakistan’s key allies – the US and China. Moreover, Pakistan’s choices vis-a-vis sourcing funds for DBD are extremely limited. If the proposal to attach DBD to the CPEC fructifies, it could remove one of the major stumbling blocks on the way.

…the CPEC warranty on DBD is likely to tilt the balance in Pakistan’s favour and restore its standing at least for the time being.

A Chinese nod could usher in the much anticipated closure to Pakistan’s long drawn struggle to rope in funders for a project that has witnessed ground-breaking on more than one occasion. With a fresh lease of life, the financially damned DBD project could finally meet the newly earmarked construction deadline of mid-2016.

From being Pakistan’s vaunted hydropower project, the DBD has, over the years, featured as a controversial issue between India and Pakistan – owing to its location in a disputed region.

The refusal from and reluctance of international financial institutions such as the ADB and World Bank to fund the project, allegedly at India’s insistence, have somewhat constrained Pakistan’s geo-economic designs in the region.

Therefore, the CPEC warranty on DBD is likely to tilt the balance in Pakistan’s favour and restore its standing at least for the time being.

During the last media conference on CPEC, the Chinese envoy to Islamabad, Sun Weidong, noted that contingent upon need, “Beijing will continue increasing its support for Pakistan in a phased manner under CPEC.”1 Subsequent conjectures dwelt on whether China would expand the ambit of the CPEC beyond the committed USD 46 billion to accommodate the multibillion dollar DBD project.

…out of the USD 46 billion, approximately 33 billion will be channelled towards this sector.

The present overtures are being seen as a deviation from China’s non-committal, flip-flops in the past – oscillating between the probability of providing up to USD 4.0 billion and expressing complete inability to support this big-ticket project. While China’s initial reluctance was attributed to the sheer scale of the project, costing tens of billions of dollars, in the changed CPEC-helmed geo-economic-strategic context, its re-calculations cannot be ruled out.

While Pakistan has been trying quite hard to ensure financial support for the project, it was intriguing for some to note as to why China, Pakistan’s all-weather ally, has not so far expressed an interest in the DBD project. With a massive capacity of 4500 MW, the DBD is the most important project to reckon with and could have featured in the CPEC package with its emphasis on power generation.

The Chinese denial was previously attributed to the humongous DBD budget estimates and the overall impracticability of a single hydropower project worth billions. However, this could now witness a potential revision in view of the CPEC’s core focus on energy. Apart from establishing an extensive connectivity network, fulfilling Pakistan’s energy needs has been the conventional line of argument employed by both Pakistan and China to rationalise the CPEC. Notably, out of the USD 46 billion, approximately 33 billion will be channelled towards this sector. Therefore, diverting/creating funds for the massive 4500 MW DBD within the CPEC ambit is a logical prospect stemming from the oft-reiterated deep strategic engagement between the two countries.

If India fails to prevent allocations for projects like DBD from AIIB, its geo-strategic anxieties at the multilateral level are also likely to multiply.

India has been opposed to the DBD being built in Gilgit Baltistan, a region claimed by it as part of the former princely state of Jammu and Kashmir. The refusal by multilateral banking institutions to back the DBD on grounds of India’s objections/concerns has given much traction to its position on the project. With the proposed change in the funding format, if the DBD manages to obtain funds under the CPEC, India is set to lose this advantage. The DBD breakthrough will dent the Indian position on the CPEC and its overall resistance to Chinese funded projects in the disputed region.

India is also a significant partner in the Chinese-led AIIB (Asian Infrastructure Investment Bank) – a key regional multilateral financial initiative. Not long ago, there were wide-ranging speculations on the possibility of the AIIB funding the DBD. If India fails to prevent allocations for projects like DBD from AIIB, its geo-strategic anxieties at the multilateral level are also likely to multiply.

Although, there has been no clear signal yet from China on the DBD proposal, keeping in view the Chinese interest in building hydro-power projects in Pakistan, and especially in Pakistan-occupied Kashmir, a Chinese financial commitment towards the DBD may appear quite probable. Such a decision would however be subject to two considerations. One, China would have to take a call on whether it would adhere to the original CPEC blueprint of attempting an extensive strategic outreach through connectivity and energy projects across Pakistan or modify its focus to invest billions in a single megaproject that is high on Pakistan’s geostrategic agenda. And two, China would have to take into account seismic considerations, especially in the light of the events surrounding the Attabad lake burst. For its part, India needs to brace itself for the contingency of Pakistan successfully persuading China to invest in the DBD.