Why should old soldiers fade away? 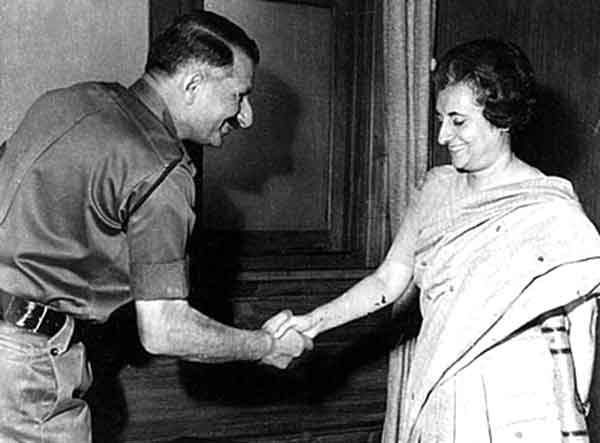 General Douglas Macarthur, a very famous General of the Twentieth Century, who served his country, the United States of America, with dedication and élan for over half a century, both in peace and war, had made a famous speech on 19 April 1951, to both houses of the Congress at Capitol Hill. This was on his return from Japan, after his dispute over policy decisions with the President of the United States and after he was relieved of his command on 11 April 1951. It was a momentous speech, quoted extensively throughout the world, but this piece only focuses on one sentence of his long speech, which stated that ‘old soldiers never die, they only fade away’.

Although General Macarthur did tremendous service for his nation, I am afraid he did considerable harm, albeit inadvertently, to the armed forces of India, because of this sentence in his speech. The sentence was soon picked up by our redoubtable bureaucrats (mostly of the ICS variety at that time) and it was given the desired spin, including de-emphasising the word ‘old’! The result was that the political leadership, the media and even the intelligentsia became convinced that it was the best option for retired soldiers, irrespective of their age, who must quietly ‘fade away’. It may be recalled that these were the days when many nations were becoming independent from their colonial masters in quick succession. Unfortunately, many of these newly independent nations were also falling prey to military coups staged by some elements of their armed forces. Hence, this ‘fading away’ appealed immensely to these elites of the nation and they did everything to perpetuate such thinking. No one bothered to find out the circumstances under which General Macarthur had included this sentence in his speech. Let me enlighten everyone.

Macarthur’s life as a soldier had covered 45 years of the history of the US Army, from the Civil War, through the Indian Wars, to World War I in Europe. He rose to the highest appointment in the U S Army in the 1930’s and was thereafter appointed the military adviser in the Philippines. During the Second World War, he was appointed commander of US troops in the Pacific theatre and under his command the war in the Pacific was won. Macarthur was 65 years old when he presided over the fall of the Japanese Empire in Tokyo Bay on 02 September 1945. After the war, Macarthur became military governor of Japan, overseeing its occupation and reconstruction. With the outbreak of the Korean War, General Macarthur’s Far East Command became responsible for the conduct of the war in Korea, on behalf of the United Nations. General Macarthur was dismissed by President Truman in the midst of the Korean War. When he returned under a cloud and made his famous speech, he was over 71 years old.

For General Macarthur to include this line in his speech had a lot of meaning. After all, he had served the nation in many a battlefield and in many complex situations and had come out unscathed and with glory. For a person like him, who had seen it all, done everything, ‘fading away’ had a lot of meaning, especially at the age he was then. However, is that really applicable to the officers and men of the armed forces of India, who retire at much younger ages and who have the bulk of their lives ahead of them? One should also factor in the increase in longevity from what it was in 1950 and what it is today. That being the case, how can these soldiers’ ‘fade away’ or more appropriately, why should they ‘fade away’?

…that while practically every bureaucrat who retires gets an assured plum job in a government appointment, personnel of the armed forces are left high and dry!

On account of the spin given to the famous line, either intentionally or by default, the bureaucracy managed to eliminate a fair chunk of aspirants to the limited number of post-retirement opportunities available to retiring government employees. The result, in real terms, is that while practically every bureaucrat who retires gets an assured plum job in a government appointment, personnel of the armed forces are left high and dry! This is obviously grossly unfair, especially as the bulk of the appointments do not need any specialization, only administrative acumen. In this field, the officers of the armed forces are perhaps as good if not better than their bureaucratic counterparts. They are also honest, which should perhaps be the biggest qualification in our corruption ridden country. However, this piece is not about jobs, but about a phenomenal amount of talent going to waste, because of lack of vision and deeply ingrained attitudes amongst the elite of our country.

Unfortunately, the senior hierarchy of the armed forces of the early Fifties, i.e. soon after Independence, was of a different mould than what they are today. They mostly came from aristocratic families, from the upper middle classes or from the landed gentry. They had joined the armed forces for its adventurous life, their love for the outdoors or for the dignity and respect which the donning of the uniform brought and not as a vocation or a job. Consequently, they were not looking for another career after their stint in the armed forces. Hence, this line from Macarthur appealed to them too. After all, ‘fading away’ does sound theatrical and has a touch of melancholia about it. The result was that very soon everybody expected all veterans of the armed forces, irrespective of their age, rank or financial condition, to ‘fade away’ quietly to some obscure corner of the country, in the so-called retirement mode. This must obviously change.

The soldiers and officers of the armed forces of India retire at extremely young ages. Our jawans retire in their Thirties, our junior commissioned officers in their Forties and the bulk of our officers in their Fifties; instead of fading away, what they need is a second career. As opposed to them, all bureaucrats retire at the age of sixty years and perhaps the bulk do not need a second career. Yet, the reality is that no bureaucrat who wants to continue working for the government need be disappointed, as adequate numbers of slots are earmarked, ready and waiting for them and they are loath to part with any of them. The result is that either the veterans of the armed forces are left to fend for themselves or are encouraged to ‘fade away’.

…this ‘fading away’ appealed immensely to these elites of the nation and they did everything to perpetuate such thinking.

Luckily, there have been exceptions. I recall that when Lt Gen S K Sinha, the then Vice Chief of Army Staff had resigned, following his supersession by General Vaidya, the media and the elite of the country had gone to town praising him for doing the so called ‘fading away’ act. In actuality, all he was doing was that he was showing dignity and character in a highly adverse situation. He had no intention of ‘fading away’. Within a few years, he was back in action, whether as our ambassador to Nepal or being the Governor of Assam first and now of J&K. He continues to serve the nation even today.

My intention of writing this piece is to urge all soldiers, young and old, not to fall into the trap of ‘fading away’ and wasting their considerable talents doing nothing or in inconsequential and infructuous endeavours. While in service, you served the nation with dedication and loyalty and sacrificed your comfort for the safety and security of the country. Your contribution to nation-building has been unmatched. You need to continue in this vein even after retirement, so that you continue this process of nation-building, albeit individually now as opposed to the institutional framework in which you operated earlier. We unfortunately, lack a cohesive institutional underpinning for the veterans, but your continuing love for your country and for your countrymen must not get constrained by the lack of a coherent and vibrant organization or the machinations of some spin doctors, whose sole aim has always been to feather their own nests, by any means possible.

My bottom line to all my comrades in arms is not to succumb to the ‘fading away’ syndrome, but to continue with the soldier’s dharma, which has always been ‘karma’; your salvation and that of the nation lies only in this small but potent word.

One thought on “Why should old soldiers fade away?”