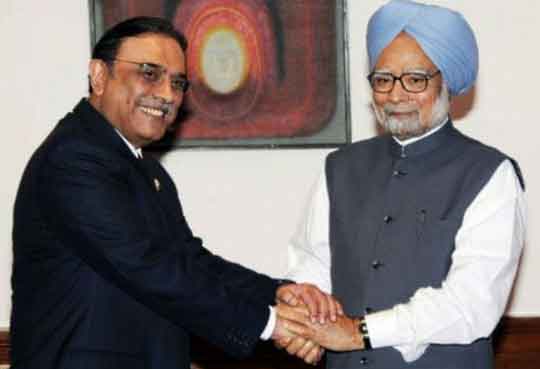 As the bigger country, India is often exhorted to be generous with Pakistan. Those advocating a sustained dialogue with Pakistan, irrespective of its conduct towards us,   have such thinking, an off-shoot of which are current urgings to the Prime Minister to go to Pakistan.

Pakistan is violating the cease fire agreement even today, with training camps in place in POK and incidents of infiltration continuing, but we are overlooking this.

Diplomacy, however, is not transacted with the currency of generosity. It is taken for granted that countries act principally in self-interest. No country will easily accept that another has been gratuitously “generous” to it; it would look for hidden motives. A country obtaining more than what it expects from another is likely to think that it succeeded because of diplomatic skills or well-applied pressure. Besides, how does one measure “generosity” and who makes the evaluation? Reciprocity, therefore, is the acceptable currency of diplomacy.

Those asking India to be “generous” expect it to make unilateral gestures of kindness towards Pakistan, or giving it more than it gives in return. Such an accommodative approach has, in fact, been tried over the years, but without tangible results. Little political, intellectual and practical basis is therefore left for advocating such an approach today.

In 1947/48 Pakistan committed aggression against us in J&K, but instead of undoing it, we appealed to the UN, which has left Pakistan in possession of vital strategic areas in the north which gives it crucial continguity with China and denies us one with Afghanistan. In 1965 Pakistan was not punished for its second bid to wrest Kashmir as it got back the strategic Haji Pir pass from us at Tashkent. Despite Pakistan’s military defeat in 1971, we did not, in a show of statesmanship, insist on a final settlement of the Kashmir issue at Simla, besides releasing the 93,000 Pakistani POWs in our custody without any political quid pro quo. In 1999, despite a decade of Pakistani terrorist onslaught on Kashmir, Shri Vajpayee journeyed to Pakistan in friendship, but the response was Kargil, to which India reacted purely defensively.

In 2001 the Pakistani terrorists attacked our parliament. The enormity of the provocation compelled us to threaten a military strike, but we stayed our hand and eventually chose a diplomatic response by inviting General Musharraf to Agra. We discuss Kashmir with Pakistan on an unequal basis with Pakistan insisting on its territorial claims on at least the valley and we no longer asserting our claim on the whole of J&K. We have not reacted to Pakistan’s parliamentary resolution in April this year that the Kashmir issue should be resolved on the basis of UN resolutions. We tolerate Pakistani leaders meeting Kashmiri separatists on Indian soil.

While Pakistan has attacked the India-US nuclear deal for undermining its interests, we have not targetted Pakistan’s nuclear cooperation with China.

We have overlooked Pakistan’s arbitrary extension of the ceasefire line in J&K beyond NJ9842 eastwards to the Karakoram Pass. On Siachen we are willing to consider demilitarization if Pakistan were to agree to delineate and demarcate the actual ground position line there, giving the latter an unwarranted locus standii in our own territory. We are diplomatically quiet on China’s involvement in development projects in POK, including the Neelum river project, even though Pakistan has raised its contestation of the Kishenganga project by the claim that it violates the Indus Waters Treaty(IWT), which we have scrupulously adhered to despite all the Pakistani provocations. We have tolerated Pakistan’s obstruction of the Wullar barrage project for years.

While Pakistan has attacked the India-US nuclear deal for undermining its interests, we have not targetted Pakistan’s nuclear cooperation with China. We have not retaliated against Pakistan’s attacks on our Embassy and other interests in Afghanistan. We have not made an issue of US arms supplies to Pakistan. On the economic front we have lived with Pakistani denial of MFN treatment to us. We have not made Pakistan pay the price for its mischief in Nepal, Bangladesh and Sri Lanka against our interests.

Our self-restraint on the issue of Pakistan’s export of terrorism to India since the mid-1980s has been exceptional. Before the Pakistani jihadi elements with official backing perpetrated the Mumbai terrorist carnage, we comforted Pakistan politically by accepting its line that it too was a victim of terrorism like us. We agreed to set up a joint anti-terrorism task force as if genuine cooperation was possible. We have now accepted Pakistan’s linkage of the Samjhauta Express to the Mumbai attack in terms of our answerability, even when the two cases cannot be compared. We are upset by Hafiz Saeed’s jihadist rantings against India, but have not allowed this to affect our dialogue.

A visit to Pakistan by Prime Minister now will be a huge political mistake on our part as it will signal that the outstanding issue of terrorism and trial of those responsible for the Mumbai massacre has been closed.

Pakistan is violating the cease fire agreement even today, with training camps in place in POK and incidents of infiltration continuing, but we are overlooking this. While the US has begun targetting Pakistan on its duplicitous conduct on terrorism, we are not only not exploiting this to our advantage, we are actually releasing pressure on Pakistan by engaging it across the board.

By not breaking diplomatic relations despite Kargil and Mumbai attacks etc, India has kept its lines of communication open with Pakistan. We are welcoming the highest Pakistani political leaders to India and our Prime Minister is meeting the top Pakistani leaders bilaterally on the margins of international conferences as part of our bilateral engagement.  If, it is felt, that the objectives of the dialogue can be durably attained only if the Indian Prime Minister visits Pakistan, there should also be recognition that the risks of durably derailing it must be removed beforehand.  A visit to Pakistan by Prime Minister now will be a huge political mistake on our part as it will signal that the outstanding issue of terrorism and trial of those responsible for the Mumbai massacre has been closed.

Bitten already many times, we should be very shy.

One thought on “Why PM should avoid visiting Pakistan now?”