Why jihad against India must continue 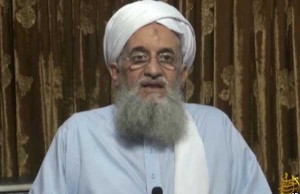 The statement by Al Qaeda leader Al Zawahiri about India, Myanmar (he called it Burma – something that the Americans do also) is too important to be ignored by the media. Yet the issue and its significance has probably been lost by the competitive sensationalism that has described the contents of the video tape. Whether or not an Al Qaeda cell exists in India can only be confirmed by the intelligence agencies; for the rest it is speculation. By calling it AQIS (Al Qaeda in South Asia) they have scored a psywar victory. It absolves Pakistan of the charge that there is an Al Qaeda in Pakistan. Or at least dilutes it. The next terror attack in India can then be attributed to AQIS and not to any Pakistani outfit, notably the LeT. Thereby, Pakistan, LeT or other surrogates will have been absolved by default.

Pakistan has a huge variety of terrorists operating from its territory to be used against India and Afghanistan. Apart from the standard LeT and JeM it has new groups or older groups rechristened…

Meanwhile, we should be asking a few questions. Did we ask how old the video was? Where was it recorded? Where is Zawahiri when he recorded that speech? Is he still alive? How did it reach the channels and the media? Where was that? How many such speeches? Why now?

If there is an AQ in the region, it is in Pakistan. But we must also remember Al Qaeda is an idea and an ideology and it is quite pervasive in Pakistan. That is what we should highlight all the time. Remember how the Americans had to struggle to get them, assisted by the Pakistanis on occasions, the number of AQ leaders that were picked up and finally even OBL was found in a Pakistani safe house close to its military academy. It would not at all be surprising if Ayman Al-Zawahiri is safely ensconced in some similar safe house in another part of Pakistan not far from an Army facility in the Gilgit Baltistan area or some such location. His latest purported statement was certainly not issued from Iraq or Syria but most likely from Pakistan.

The reference to three or more caliphates in India is not new. The Lashkar-e-Tayyaba has constantly repeatedly referred to its dream to establish these caliphates in India – and the LeT had established sleeper cells in India. The LeT and JuD have a Face Book account Ghazwa.e.Hind (final apocalyptic war against Hindus) which shows the

Pakistani flag fluttering atop the Indian Parliament. The point is that this is not about to happen and may be dismissed as gimmickry but the fact also is that this is the LeT and JuD ideology. Of course, a reiteration of this dream by Al Qaeda that includes parts of India and Myanmar does not make it less dangerous but it is also something that the security agencies would have been following. There have been reports, since the mid-1990s of attempts to radicalize Indian Muslim youth. A little scare about AQ at this stage helps galvanize the systems but there should be no need to panic. Terrorism has deep roots and the war against it is going to be long.

The argument that this announcement has been made because Narendra Modi is the PM and this is to take advantage of the fear of the Muslims in India and create Hindu-Muslim riots. This is a lazy argument.

Pakistan has a huge variety of terrorists operating from its territory to be used against India and Afghanistan. Apart from the standard LeT and JeM it has new groups or older groups rechristened, it has the TTP which it considers to be a maverick but can turn on any side depending on opportunities and perceived transgressions. It has had the AQ sheltered on its territory, the Haqqani Network (HN), the Quetta Shura of the Taliban and recent reports indicate that the Pakistan deep state is paying more attention to Gulbuddin Hekmatyar group of the Hizb e Islami (HIG). Pakistan is getting ready for the US withdrawal from Afghanistan and part of the preparations are means to ensure that India does not get the upper hand in Afghanistan and the Army remains in control of the situation when it comes to handling both India and Afghanistan. These two objectives can be ensured by keeping the HN and Quetta Shura untouched, revive the HIG, tackle TTP with force. On the Indian front, while LeT has been the vanguard, it may not be prudent in the present international environment to be seen to be encouraging Pakistan- based terrorist organizations in India. AQ can be thrown in for added effect.

Sectarian outfits of the most regressive brutal kind and their different incarnations stalk Pakistan, hunting those who belong to other sects of Islam and religions. To call them militia and militants is to give respectability to them. Yet despite all the atrocities the State nurses them because they too can be used to do the state’s bidding through secondment to other terrorist organizations or working in tandem with them. These remain our real threats and let us not get diverted by a statement allegedly made by Zawahiri.

The argument that this announcement has been made because Narendra Modi is the PM and this is to take advantage of the fear of the Muslims in India and create Hindu-Muslim riots. This is a lazy argument. And self serving. The average Indian Muslim is well assimilated although there are problems and there are radical elements on all sides.

This policy of sustained hostility and the Pakistan military mind evolved from early days of Pakistan. Any careful reading of Pakistan military narrative, treatises and essays as detailed by C Christine Fair in her book “Fighting to the End – The Pakistan Army’s Way of War” clearly reveals how this mind has worked over the years. She details how low intensity warfare from early days with nuclear support later has become the signature tune of the Pakistan Army. Ironically, the Pakistan Army borrowed thoughts about guerrilla warfare as a result of its engagement with the US Army in the 1950s. The Pakistan Army Journal that made their first appearance in 1957 discussed infiltration by guerrilla forces, concepts like citizens’ army, peoples’ war and psy-war were serious studies. All this started in the time Jawaharlal Lal Nehru, much before Narendra Modi came on the scene.

The existential threat to the Pakistan Army is not the might of the Indian Armed Forces. They feel they can handle India in war with their nuclear weapons…

We also need to take care of the dangers that are likely to arise from the activities of ISIS and its influence on the youth of India. No Muslim state has had the courage or the conviction to condemn or oppose the IS. The West prepares to take on the menace after having underplayed the threat all these months or even years. Knowing the Americans and how they have worked in Afghanistan and the Middle East, they will make the usual mistakes. It is imperative, in our own interest, to make sure that in their hunt for the ISIS they do not leave the area even more destabilized and radicalized than when they arrived. The tendency in the past has been to tackle only those terrorists that threaten the West and ignore others. It is necessary for India to get involved by joining the campaign against the terrorists and try to ensure the West does not repeat earlier mistakes of being both selective against the choice of their targets, being totally dependent on dubious local support and on violent means to solve the problem.

All these years the West has assumed that terrorism is a kind of a third world disease that is the consequence of poor governance by potentates. It is now hitting their own backyard. It is the result of years of pandering and even encouraging them that has led to a blowback that we are seeing today. In the 21st century it is impossible to keep out all kinds of ideas, influences and there is no wall high enough or thick enough that will keep these out. In a free society these will creep through.

The existential threat to the Pakistan Army is not the might of the Indian Armed Forces. They feel they can handle India in war with their nuclear weapons. Also that the rest of the world would, in any case, step in to save Pakistan from India because of the fear that the conflict could escalate to nuclear exchanges. Their main fear is that peace might happen between India and Pakistan and that the Pakistan Army would lose its stranglehold on the country. That is why there is the perennial need to keep the jihadis going, creating new ogres, activating defunct outfits, renaming others and keeping both countries in mutual antagonism. Jihad or variations of this is expected to continue. We should remain prepared for the long haul.

3 thoughts on “Why jihad against India must continue”