Why India's Northern Borders are Threatened 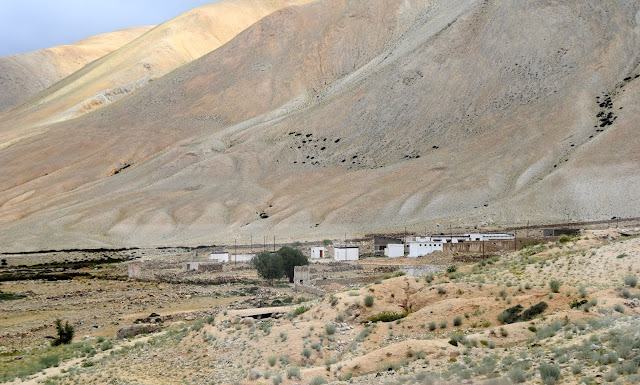 In the months to come, the 4056-kilometrre long India-China border will be in the news; probably for wrong reasons.

Despite last month’s ‘Chennai Connect’ between Prime Minister Modi and President Xi Jinping at Mamallapuram, Beijing continues its aggressive stance on Ladakh; the formation of two separate Union Territories for J&K and Ladakh seems to have irritated Beijing no end.

A sore point for China

Geng Shuang, a spokesman of China’s Ministry of Foreign Affairs told the media that “China deplores and firmly opposes this. This is unlawful and void and this is not effective in any way and will not change the fact that the area is under Chinese actual control;” he further urged India to “earnestly respect Chinese territorial sovereignty and uphold peace and tranquillity in the border areas.”

The Indian Ministry of External Affairs did not leave the unwarranted attack unanswered: “We do not expect other countries, including China, to comment on matters that are internal to India, just as India refrains from commenting on the internal issues of other countries,” said the Indian spokesman. He requested China to stick to the ‘Political Parameters and Guiding Principles’ jointly agreed by the two sides to proceed on the border issue in 2005; the Indian official also pointed out that China ‘illegally’ acquired Indian territories from Pakistan-occupied-Kashmir (PoK) through a China-Pakistan Boundary Agreement of 1963; he was referring to the Shaksgam Valley.

If China decides to play this game, India could easily point out (with solid historical proofs) that Eastern Turkestan (now Xinjiang) was militarily annexed by the Peoples’ Republic of China in October-December 1949 and Tibet was occupied a year later.

In the present context, it is vital for India to develop its Northern borders, to open new roads, provide better telecom facilities, decent health services and education infrastructure for the local populations, who have already started migrating in large numbers. One solution to stop the hemorrhage is sustainable tourism.

Pema Khundu, the Chief Minister of Arunachal Pradesh created a stir on Twitter; he was seen riding a buggy, near the Tibet border, north of Tawang; the purpose of the adventurous drive over the hilly terrains, was to promote tourism; Kiren Rijiju, the Union Ministry of Sports and Youth Affairs accompanied Khandu; they rode an ATV Polaris for a distance of 107 km from PT Tso (also known as Madhuri lake) to the remote village of Mago. In a tweet, Rijiju mentioned the scenic beauty: “The state, mostly habituated over high altitudes of mountain ranges, is replete with stunning natural delights. The hilly areas also pose a good scope for adventure sports over snow laden valleys and glistening scenic beauties of natural lakes.”

Though roads are slowly coming up, the development infrastructure still remains far slower than in Tibet, although from Ladakh to Arunachal, the government is finally taking measures to tackle the problem. But thanks to a ‘dual use’ approach, China has done remarkably well to develop its side of the borders; every piece of infrastructure can be used by the civil administration, for example to accommodate tourists (last year, some seven million visited Nyingchi, the prefecture bordering Arunachal Pradesh) or by the People’s Liberation Army, when required.

Last week, China Daily announced that 133 villagers from 29 households had been resettled at Puma Changthang, a village north of Bhutan: “Sharing a 25-km border with Bhutan where the average altitude tops 5,300 meters above sea level, the Puma Changthang township is renowned as the world’s highest township.” The article noted that China’s objective was to make these border areas prosper; some 200 such model villages are said to have been built close to India’s border over the past three years.

In India, everything goes slowly, though efforts are made. Defence Minister Rajnath Singh recently inaugurated the strategically located ‘Col Chewang Rinchen Setu’, a bridge built over River Shyok, connecting Durbuk and Daulat Beg Oldie in Eastern Ladakh. The Minister reiterated “the Government’s unwavering commitment to bolster border infrastructure to effectively deal with any threats that undermine the peace and tranquillity in the country.” At the same time, he announced that the Siachen glacier base-camp will be opened to tourism.

Both strategic and economic development need to go hand in hand.

Another example, the government has recently approved the construction of 18 border tracks along the border. Minister of State for Home Affairs, Kishan Reddy called it a critical infrastructure to enhance the capability of the Indo-Tibetan Border Police (ITBP).

Unfortunately, it is far from enough.

While being firm with China and getting ready for the worse, new ways to diffuse the tensions are tried, for example India and China will have ‘coordinated patrols’ in disputed areas along LAC, such as the Fish-Tail 1 & 2 in Arunachal Pradesh. According to The Hindustan Times: “India made the proposal for coordinated patrolling at a high-level meeting between the Indian Army and the PLA in June.”

Another factor is: looking after the border populations; a gesture shows how keen the locals are to be integrated: the residents of 10 villages of Upper Siang (Arunachal Pradesh) have recently decided not to claim compensation for their land for the construction of a road to improve the connectivity to the border; this will greatly help the construction of a proposed 150km-long Yingkiong-Bishing two-lane highway; Bishing, the last Indian village near the McMahon Line, is home to around 100 people from the Memba tribe.

But in many other ways, India still lives under the British Raj, the most blatant example is the Inner Line system which still hampers the development of the State. It is difficult to understand that while the world speaks of Artificial Intelligence or facial recognition, the Indian State can’t find a better way to monitor unwanted elements on the borders.

In the meantime, China will continue to put pressure.

This article Why India’s northern borders are threatened appeared in Mail Today/Daily O.