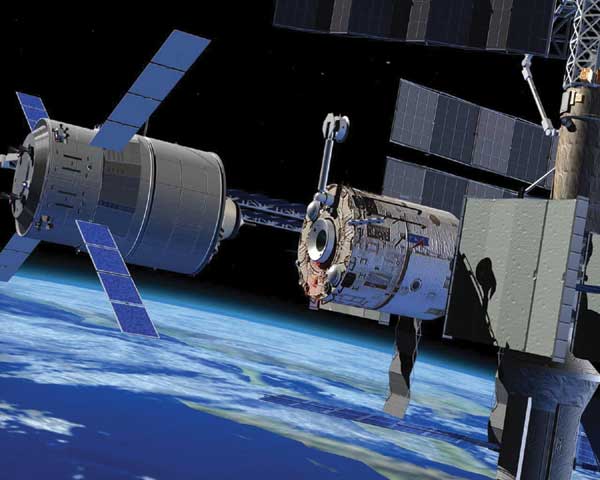 For many years now, space law experts in India have been vigorously debating the need for the country to enact a comprehensive space law to cover a wide range of issues concerning the exploration of the final frontiers and help consolidate India’s position as an emerging global space power in its own right. Since the ushering in of the space age heralded by the historic launch of Soviet Sputnik way back in 1957, mankind has been confronted by a serious dilemma over how to take care of the responsibilities and liabilities of the space faring nations.

For in the context of the phenomenal growth in the global space activities, spurred on by the entry of private players in a big way, the 1967 UN outer space treaty is being considered “inadequate and deficient” in so far as addressing a range of issues including the weaponizaton of outer space is concerned. The 1967 UN outer space treaty ratified by all the countries of the world is perhaps the first ever comprehensive legal system aimed at regulating global space activities.

This treaty unequivocally forbids the exploitation of outer space for testing and deploying weapons of destruction including nuclear devices; for it treats outer space as the common heritage of mankind meant for peaceful uses. But then the grim round reality is that countries including USA, former Soviet Union and China have exploited outer space for experimenting with anti- satellite and killer satellite systems. As such, there is a growing clamour for a comprehensive, legally binding treaty to commit nations to keep outer space a zone of peace by preventing its militarization.

Against this backdrop, UN has been negotiating with its member countries for a holistic, comprehensive space treaty that would take care of a number of emerging issues involved in space exploration. But such a treaty would become a reality only if the front ranking space faring nations including USA, Russia, China and India play a  proactive rule in the business of giving a final shape to the legally binding treaty agreed to by UN member countries. As things stand now, no one is sure as to when a comprehensive UN sponsored space treaty would come into force.

However, from the Indian perspective, the need to boost the scope of the national space activities, spearheaded by the Indian Space Research Organisation (ISRO), has underpinned the immediate need for space legislation. With a view to facilitate the entry of private industrial players in the space sector of the country, the Indian Government is now working towards bringing out comprehensive space legislation.

The new space law would allow private companies in the country to take up the business of building satellites and launch vehicles in line with the trend in North America and West Europe. As envisaged now, in the initial phase, the private Indian companies would be given a green signal to float  consortiums with the Bangalore based Antrix Corporation, the commercial arm of the Indian space programme to prepare the ground for the assembly and  delivery of satellites and launch vehicles on a routine basis. Clearly and apparently, the Indian Government has a proposal to open the Indian space sector, for many years dominated by the ISRO, to domestic and international players in a phased manner.

Once the space act comes into force, private players will be in a position to own and operate satellite systems. At the end of the day, it would help ISRO extricate itself from the “routine and mudane” business of building satellites and launch vehicles and concentrate instead on cutting edge research aimed at boosting India’s deeper forays in outer space.

According to Kiran Kumar, Chairman, ISRO very few countries in the world have their own exclusive legislations covering the use of outer space. The view of Kumar is that a full-fledged space enactment is necessary for the Government to spell out as to how it would go about tackling space related issues including untoward incidents. For the spectre of space accidents highlighted by the possibility of satellites gone haywire hitting earthlings is very much a chilling reality that cannot be wished away.

Significantly, ISRO has proposed setting up of an integrated industrial corridor in the vicinity of Satish Dhawan Space Centre (SDSC), the Indian space port on Sriharikota, island on the eastern coast of the country, for the integration of launch vehicles including the four stage Polar Satellite Launch Vehicle (PSLV) and their delivery in a ready to use condition. As it is, under the Make in Indian flagship programme of the Indian Prime Minister Narendra Modi, companies planning to set up launch vehicle and spacecraft building facilities would be permitted to go in for 100% FDI (Foreign Direct Investment). Further there is a proposal for a well-equipped industrial zone near Bangalore where Indian private industrial enterprises will build and deliver the satellites to ISRO.

A holistic space act is also a necessity for India since India has been making all out efforts to exploit space technology to drive a range of developmental and governance activities in the country. Incidentally, India has an excellent track record in terms of diffusing the fruits of space technology into the mainstream of national development and harnessing the potentials of its IRS and INSAT/GSAT spacecraft constellation for monitoring natural calamities including tsunami, floods, landslides, forest fires and droughts.

For the Indian defence establishment, keen on rolling out its own roadmap for a space war strategy, which has assumed a centre stage in the backdrop of China forging ahead with an ambitious plan for killer space devices, a comprehensive space act would be a major game changer. For ISRO, being a civilian space agency charged with the task of promoting peaceful uses of outer space, the Indian defence set up has no other option but to carry on the burden preparing the country for the eventuality of a space war.

Specifically, the Indian defence set up is looking at the possibility of setting up a launch pad dedicated to orbit military satellites. Moreover, in view of the limited launch infrastructure of ISRO, the Indian defence set up may be nudged to build its own launch vehicles of varying capabilities.  Not surprisingly then the proposed space act would take care of  the space related needs of the Indian military including putting in place a blue print for a space war that India may be forced to wage in the future

Strategic analysts are of view that Indian military should also look at the need ensuring the security of Indian “space resources and assets” against the backdrop of a belligerent and resurgent China making efforts to deploy anti-satellite and killer satellite devices. Equally significant would be the need to harness potentials of space technology for military applications.

Incidentally, the much debated anti-satellite test carried out by China in early 2007—that had attracted international ire—has gone to heighten the clamour in India for preparing the country for the eventuality of a space war. In a shocking display of its military prowess China successfully destroyed its ageing weather watch satellite by using a modified version of a ground based ballistic missile. And while addressing the  United Commanders Conference in New Delhi  in mid-2008, the then Defence Minister AK Antony made India’s concern vocal  over the “emergence of anti-satellite weapons, a new class of heavy lift boosters and  improved array of military space devices in our neighbourhood”.

In the backdrops of global developments in the area of space warfare, Indian defence experts have suggested the need for India to go in for both defensive and offensive space war strategy. The defensive aspect involves hardening of satellites against the machinations of the space based and ground based “killer devices” including anti-satellite systems. Against this backdrop the proposed Indian space act should contain a legal provision to support a well-defined space security plan to be unveiled by the Indian defence establishment. In particular, the tri-service Indian aerospace command, which unfortunately is yet to be approved by the Indian Government, should have under its control a well-equipped space and missile force to take care of all aspects of space war.

On its part, Defence Research and Development Organisation (DRDO) has  stressed the point  that it is capable of engineering “building blocks” of a killer satellite system to help prepare the country for the eventuality of a space war. What’s more, a modified version of the long range Agni-V missile, described as the most powerful missile system developed by India, can be used to launch defence satellites into a low earth orbit during emergency. “Agni-V can be used to launch mini satellites into a low earth orbit when access to one’s major satellite constellation gets disrupted” observed the then DRDO chief VK Saraswat, moments after the successful maiden test flight of Agni-V in April 2012.

Perhaps the biggest contribution of the proposed Indian space law would be clearing the decks for the private companies in India to take up the mantle of building satellites and launch vehicles in addition to allowing them to operate their own satellite constellations that would cater to the needs of both the domestic and international customers. More importantly, an Indian space law would  also go a long way towards helping the Indian defence set up to create a ground work for an Indian space war strategy. On another front, Indian private enterprises associated with the Indian space programme would be in a position to enter the global space market by courtesy of a well-conceived Indian space law. At the end of the day, it would be a win-win development for all the stake holders and players in India’s space sector.

3 thoughts on “Why India Needs a Comprehensive Space Law?”