Why India must maintain an independent foreign policy, not succumb to pressure on Ukraine 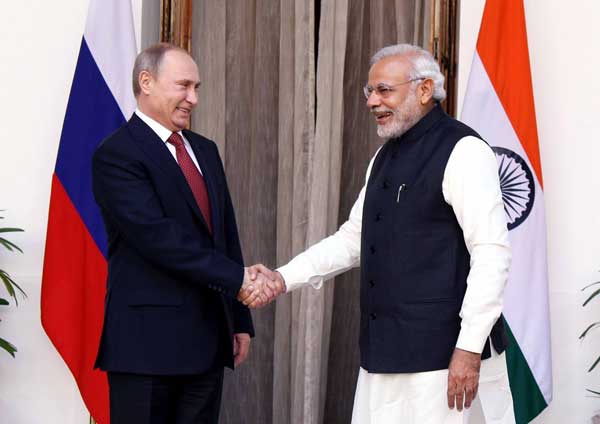 India continues to do tight rope walking on the Ukraine conflict in the United Nations. It abstained again on October 12 in the UN General Assembly on a resolution moved by western countries. If the conflict in Ukraine is escalating, as our Explanation of Vote (EOV) notes with deep concern, is Russia alone responsible for it, or does the blame fall on the West too?

Ukraine is pursuing military offensives against Russian ground forces and claiming successes, which then becomes an argument for it to ask for more potent weaponry from NATO countries to continue the offensive and for the latter to increasingly provide it to boost Ukrainian capacity and help Kiev to inflict more reverses on the Russian forces. The strategy is to produce a stalemate so that if and when negotiations take place Ukraine is in better bargaining position.

Our EOV asks for an immediate cessation of hostilities and an urgent return to the path of dialogue and diplomacy. President Zelenskyy, however, repeatedly declares his determination to continue fighting and even talks of reclaiming all the territories under Russian control, including Crimea. After the recent Russian punishing strikes against Ukrainian infrastructure and military targets across the country, Zelenskyy has called for a pre-emptive nuclear strike against Russia. He has tried to walk back from that statement but not convincingly. He has been lionised to such an extent by the West that he believes he can mould and mobilise western opinion in favour of his aggressively-made demands. He has also said that he will not negotiate with Russia so long as Putin is President.

The West is also not speaking of cessation of hostilities and return to dialogue and diplomacy. Any call for a ceasefire and negotiations by any western leader invites accusations of appeasement and of playing Putin’s game. Putin has been demonised so much in the West that talking to him is projected as being analogous to talking to Hitler.

NATO Secretary General Stoltenberg declared on October 11 in advance of meetings of NATO Defence Ministers that if Putin wins it will not only be a big defeat for the Ukrainians, “but will be a defeat for all of us”. The NATO Defence Ministers meeting, he said, would discuss NATO’s future support for Ukraine including “lethal weapons, artillery, armoured vehicles, air defence systems and many other anti-tank weapons”.

Russia's victory in the conflict in Ukraine will be a defeat for NATO, this cannot be allowed. – Seceretary General of NATO Jens Stoltenberg. pic.twitter.com/DGNJj65jrQ

UK has already announced supply of AMRAAM missiles to Ukraine, while Spain, Germany, France and Netherlands have announced supply of major air defence equipment. NATO has also announced nuclear deterrence drills, which according to Stoltenberg “is the best way to prevent escalation”.

The NATO Defence Ministers meeting on October 12 and 13, according to Stoltenberg, decided that the grouping “will continue to support Ukraine for as long as it takes”. Ukraine will receive counter-drone equipment and over the longer-term NATO will “help Ukraine to transition from Soviet-era to modern NATO equipment”. In other words, the intention is to effectively incorporate Ukraine into NATO. What signal does that send to Russia, the cause of the conflict being its profound opposition to Ukraine’s NATO membership.

On October 11, the G7 issued a statement on Ukraine in the wake of Russia’s recent attacks which they condemned, as also the annexation by Moscow of four Ukrainian regions. They demanded Russia to “cease all hostilities and immediately, completely and unconditionally withdraw” from Ukraine, announced their decision to impose more sanctions on Russia, supported the right of Ukraine to regain full control of its territory, assured military support to Ukraine and declared their intention “to stand firmly with Ukraine for as long as it takes”. There is no scope in this for any negotiations.

In its EOV India has reiterated its call to keep all channels of diplomacy open, advocated dialogue and resumption of peace talks to bring about an immediate ceasefire and resolution of the conflict. It has expressed its readiness to support all such efforts at de-escalation. There is no connect between what we are saying and the decisions of the NATO Defence Ministers and the G7.

Prime Minister Modi has spoken to Putin and Zelenskyy earlier about ending hostilities, taking recourse to dialogue and diplomacy, warning that no one will be a winner in this war and affirming that this is not an era of war. On October 5, he spoke again to Zelenskyy, expressing to him his conviction that there can be no military solution to the conflict. He also spoke of the importance India attached to the safety and security of nuclear installations and conveyed India’s readiness to contribute to any peace efforts. However, in the light of the position the West is currently taking any prospect of reducing tensions and exploring peace efforts seems unrealistic.

As it happens, Putin speaking to the press at Astana on October 14, while noting that India and China always talk about the need to establish a dialogue and resolve everything peacefully, and that Russia respects their position, observed that Ukraine has now “made an official position that prohibits negotiations”.

In the context of the escalation of the conflict, our EOV refers to targeting of civilian infrastructure and deaths of civilians. This is not necessarily directed at Russia alone as its retaliation was in response to the sabotage of Nord Stream 2 and, more importantly, the attack on the vital Kerch bridge to the approbation of the Ukrainian leadership, both of which constitute civilian infrastructure.

The gas pipeline could have received such damage only from the detonation of explosives, the Tagesschau building reports. pic.twitter.com/ExbuRUTPN7

Russia has blamed the Ukrainian intelligence services for the Kerch bridge attack and provided information about the route taken by the explosives laden suicide truck. At Astana, Putin warned that if it was confirmed that the truck used the humanitarian corridor out of Odessa for the attack, Russia could close the corridor. But for a few targets that were not successfully hit during the recent attacks on Ukrainian military and civilian infrastructure, Putin denied any intention to launch a fresh round of strikes.

In our EOV, we have raised the issue of the collateral damage the global south has suffered as a result of the Ukraine conflict, with the developing countries facing the brunt of its consequences on fuel, food and fertiliser supplies. We have stressed the need to address their concerns and cautioned against initiating measures that further complicates a struggling global economy. We have referred to “other pressing issues at play, some of which have not been adequately addressed in the Resolution” to explain our abstention. We have not spelt out these issues. We have steered clear again from pronouncing on the annexation of the four regions of Ukraine by Russia. (Brazil has changed its vote this time from abstention to Yes as it opposes this annexation). Our statement simply reiterates our known position and breaks no fresh ground.

On the whole, the outlook on the Ukraine conflict and its global consequences is disquieting. With NATO determined to deny Russia success in Ukraine, bent on arming the Ukrainian military, fear mongering about Russia’s potential use of nuclear, chemical and biological weapons and attacks on NATO countries, and the need to deter that with nuclear drills and more NATO military preparedness, and all this coupled with an energy crisis building up in Europe, inflationary pressures and fuel, food and fertiliser shortages and disruption of supply chains etc., pressure on India to manage the situation in its best national interest is bound to grow.

We have to, nevertheless, maintain our independent position on the Ukraine conflict and not take sides when we know that the responsibility for the situation that has arisen is not only on one side and the sane option for dialogue and diplomacy is not being explored.

2 thoughts on “Why India must maintain an independent foreign policy, not succumb to pressure on Ukraine”