What the Armed Forces Expect from DRDO? 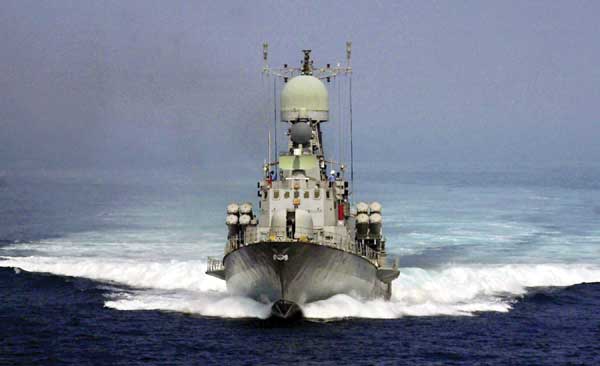 At the outset, I would like to say that there is a need to unequivocally highlight the importance of the DRDO in the Navy’s scheme of things, and our sense of pride in your achievements. What we are proudest of is the symbiotic relationship that has evolved between our two organisations at all levels. This relationship has not come about as a matter of chance, but is something that both the DRDO and the Navy leadership have consciously and assiduously cultivated and nurtured over the years.

The fact that three of the DRDO labs carry the suffix “Naval” is only an external manifestation of this. Inside these labs, naval officers work shoulder to shoulder with scientists on developing cutting edge technologies, which have resulted in world-class systems for use at sea.

We see the DRDO as a “service provider” to the three Services. It must be pointed out however that the research carried out by DRDO labs cannot be an end in itself. It needs to be sharply focused at meeting some national defence requirement, whether it is in a long or short time frame.

Not only that, we have also developed a process and a tradition of “putting our money where our projects are.” Witness the LCA (Navy) project into which we have so far invested nearly Rs 500 crores. A naval aeronautical engineer is serving with the DRDO in a key role in its development. I do not think that there can be better synergy than that, between two organisations.

Today, we actually have at sea on our ships, and in the air on our aircraft and helicopters many systems developed by DRDO and produced by our PSUs, which are of world class. Amongst these are Sonars: hull-mounted, variable-depth and towed array; Radars: shipborne and airborne; Torpedoes; Electronic Warfare equipment: including ESM, ECM and ECCM suites; Missile and Torpedo counter-measures, Special Alloys, Hull Protection Systems, Special Paints and many other valuable operational innovations.

Much of what has been received is of excellent quality. There are some systems where, in spite of much labour and tremendous effort there are performance shortfalls. But we gratefully acknowledge the labours of our scientists, and would like to move on. So I have said that we will induct such systems into service as Mark I. But then we will demand Mark II, and that better meet our full requirements. The TAL torpedo is one such example.

What of the future? The way we look at it, we are fully committed to self-reliance and that means the future of the Navy is inextricably linked with that of the DRDO. It is worth briefly mentioning here of the Navy’s force planning philosophy, whose foundation and corner stone is self-reliance. What does this mean for the Navy and DRDO?

There would be many such examples within the Indian Armed Forces too, where we need scientific solutions for combat related problems.

We have also decided that any ‘transfer of technology’ that we contract for in future will certainly not be the CKD, SKD or ‘screw-driver’ type that we have done so far, with no value addition to either our scientists or our industry. It will involve joint development, collaborative production and the right to develop (and market) a Mark II product.

In this context, I must acknowledge with gratitude the foresight and vision shown by the DRDO leadership in concluding the path-breaking tripartite collaboration with a foreign partner for the development of some advanced systems for our warships, which will be commissioned 2009 onwards.

In this project, we are sharing the funding as well as manpower liabilities with the DRDO. We are confident that this project, which involves DRDO scientists, naval engineers and industry representatives, will render tremendous benefits to the DRDO, the industry and to the Indian Navy. It should become a template for the future.

The first two items I was shown while at the DRDO stall at DEFEXPO on February 1, 2006 had exciting naval applications, fuel cells (for propulsion) and steel bulbars (for ship building). But I also read a sobering newspaper report, which stated that India today is the largest arms importer in the world. While we will always need to import some hardware, together we must ensure that not only do we reduce our import dependence, but that we become exporters as well.

What does the Navy expect from DRDO? That is to say what will lead to a better synergy with the Armed Forces.

Frequent time and cost overruns of substantial proportions tend to erode the credibility of the DRDO in the eyes of the Services, which seek operational effectiveness to counter immediate threats.

Firstly, we see the DRDO as a “service provider” to the three Services. It must be pointed out however that the research carried out by DRDO labs cannot be an end in itself. It needs to be sharply focused at meeting some national defence requirement, whether it is in a long or short time frame. The faster the labours of the scientists in the lab bring a tangible benefit to the combatant in the field, the higher DRDO’s credibility will rise.

I would like to give you an example from US operations in Iraq. They discovered that over 60 per cent of their casualties were from Improvised Explosive Devices (IEDs), mainly on roads, just as it happens to us in J&K. The US DoD constituted the Joint lED Defeat Task Force and tasked US Defence Advanced Research Projects Agency (DARPA), to come up with solutions. Within a year, implementation of the measures evolved by the Task Force has cut US casualties from IEDs by half.

There would be many such examples within the Indian Armed Forces too, where we need scientific solutions for combat related problems. For example, if IN ships have to be deployed in low intensity conflict operations in our neighbourhood, the biggest threat to them today would be from suicide bombers in high speed boats. It is a problem worthy of the DRDO, but do they have the inclination to address it? We are trying to induct electrical propulsion and air independent propulsion into our ships and submarines. Is it on DRDO’s priority list?

Secondly, it is possible that DRDO does not come to know about Service priorities. I would suggest that DRDO scientists should visit field units of the three Services, on a regular basis to see the environment we function in, the problems our people face, and how DRDO can be of help. In fact I would recommend that a certain percentage of scientists should be recruited by the Armed Forces through the Short Service Commission route, and after five or seven years should transfer laterally to the DRDO.

Thirdly, frequent time and cost overruns of substantial proportions tend to erode the credibility of the DRDO in the eyes of the Services, which seek operational effectiveness to counter immediate threats. The solution however, does not lie in perpetual and unfounded ‘optimism’. We must not shy away from facing the harsh reality of slippages, which are inevitable in research work. If you share your problems with us, the Services will not only understand your difficulties but also render necessary support. It is certainly worth considering collaborations and consultancies to overcome technological hurdles at an early stage of a project, which is languishing. A system of foreclosing projects, which do not fructify in a reasonable timeframe, should be strictly imposed.

One of the biggest problems that we face on ships is the eternal struggle between the laboratories and the production agencies, when a newly installed indigenous system malfunctions on a ship.

Fourthly, increasingly, we are being asked for hardware from our maritime neighbours, but sadly, we do not have a ready response to make. DRDO and NHQ need to discuss, and put together a package of Indian designed and produced items like sonars, radars, communication and EW equipment and weapons, which we can offer to friends and allies in the neighbourhood.

Fifthly, one of the biggest problems that we face on ships is the eternal struggle between the laboratories and the production agencies, when a newly installed indigenous system malfunctions on a ship. I think that it would be well worth investing in a special test site and even a research ship, where complete integration of a system could be jointly undertaken as part of ToT between DRDO and the production agency before installing it on a ship.

And finally, an unsolicited suggestion. We know that winds of change are blowing in our country, and one day possibly DRDO may also be asked to reinvent itself. In anticipation, it would be prudent to study defence research organisations elsewhere.

The DARPA (the inventor of the Internet), owns neither scientists nor labs, but hires bright young people from industry to undertake research projects. In Israel, defence research has been merged with the production agencies and this synergy generates both speed and efficiency in successful materialization of projects. The UK, in 2001 converted their Defence Evaluation & Research Agency (DERA) into a private-public enterprise and renamed it QinetiQ.

Today the MoD holds 56 per cent shares in QinetiQ, which carries out research for the defence, security and commercial sectors and is a profit making company listed on the London Stock Exchange. Perhaps some similar systemic change may help re-energise and improve the performance of DRDO. Once you begin to generate profits, you will be able to retain your young scientists.

2 thoughts on “What the Armed Forces Expect from DRDO?”