What if India kills or kidnaps Dawood?

Amulya Ganguli is a writer on current affair. He can be reached at amulyaganguli@gmail.com 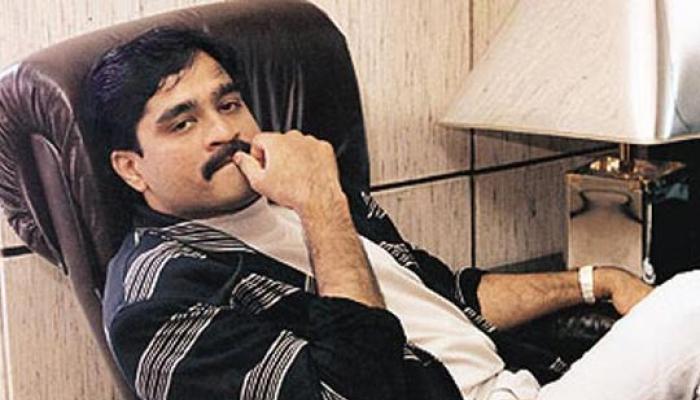 The fallout from the latest stalemate in India-Pakistan relations may be a great deal worse than what happened during earlier such standoffs.

The reason is that the two countries appear to have reached a dead end where negotiations are concerned. While India insists on putting terrorism on top of the agenda, Pakistan wants Kashmir to be the core issue.

…since there is little chance of Pakistan deterring the terrorists, especially those in the India-centric Lashkar-e-Taiba (LeT), why not take out some of their leaders via clandestine operations of the kind which the Americans carried out against Osama bin Laden?

The prospects for forward movement in mutual exchanges are also being negated by India’s rather naïve belief that its case on terrorism has never been stronger in view of the recent capture of two militants who came from across the border to enact more Mumbai-style mayhem.

The Pakistanis, however, have taken not only to denying that such captives are from their country, but have decided to present their own dossiers on alleged Indian involvement in terrorist activity in Baluchistan and elsewhere.

What these accusations and counter-accusations entail is a dialogue of the deaf, as former external affairs minister Yashwant Sinha of the BJP said at the time of the cancelled NSA-level talks.

A deadlock of this nature where a breakthrough is virtually ruled out can engender a sense of desperation. Some sections of the political establishment in India may well feel that since there is little chance of Pakistan deterring the terrorists, especially those in the India-centric Lashkar-e-Taiba (LeT), why not take out some of their leaders via clandestine operations of the kind which the Americans carried out against Osama bin Laden?

There is little doubt that such a strike will have wide popular acceptance in India. Since Bollywood mostly has its finger on the pulse of the people, it is not surprising that it has come out with at least three films depicting such cross-border hits by Indian intelligence personnel – Phantom, Baby and D-Day.

Dawood Ibrahim, portrayed by Rishi Kapoor, is the villain in D-Day who is abducted and brought over to India in a feat which was partly the theme of a real-life botched operation, which is now being investigated to ascertain whether Dawood played a role in scuttling it via his agents in India.

Since a war is unlikely with probably even “all-weather friend” China advising against it, the most that Pakistan may do is to organize another 26/11 or an attack on Indian parliament like the one which the LeT and the Jaish-e-Mohammed carried out in 2001.

The new national security adviser, Ajit Doval, is believed to be a person who is not squeamish about carrying out such attacks. The cross-border raid by the army on the   camps of the Naga and other insurgents in Myanmar is said to have been his handiwork. However, an assassination on foreign soil, or an abduction of a terror mastermind, will be a first for India – if they are ever carries it out.

What will be Pakistan’s response? Its national security adviser, Sartaj Aziz, has already warned India against bullying his country since it is a nuclear power. Pakistan’s former president, Pervez Musharraj, has also said that India will not dare to carry out a Myanmar-type attack on Pakistan for fear of reprisals.

Notwithstanding such sabre-rattling, an open war is unlikely even if the parading of a Dawood or a Hafiz Saeed in India will be mortifying for Pakistan, and especially for its gung-ho army.

Their humiliation and the sense of impotence will be the same if the corpses of these deadly terrorists are shown on TV. Since a war is unlikely with probably even “all-weather friend” China advising against it, the most that Pakistan may do is to organize another 26/11 or an attack on Indian parliament like the one which the LeT and the Jaish-e-Mohammed carried out in 2001.

But, Pakistan will know that such recourse to terrorism will be another black mark against its name and will indirectly validate the reason for India’s act of exasperation. The latter’s vexation will be all the more understandable because Pakistan hasn’t changed in the least even after the massacre of its school children in Peshawar by the country’s homegrown terrorists – or the snakes in its backyard, as Hillary Clinton said.

Pakistan had said at the time that it will no longer make any distinction between good and bad terrorists. But, the subsequent months must have told its policy-makers in the army and the Inter-Services Intelligence (ISI) – the so-called Deep State – that however heart-rending the sorrow among ordinary Pakistanis over the shedding of innocent blood, the value of the “good” terrorists in the eyes of the Pakistan establishment, viz. the LeT, is too high because of the role they play in keeping India on edge.

Since a war is no longer feasible, especially as India grows stronger both economically and militarily, and the international community becomes readier than before to accept India’s case on Kashmir, it is only the “good” terrorists who will be able to serve Pakistan’s “cause” by needling India.  Besides, it was the “bad” terrorists, viz. the Tehreek-e-Taliban, who were responsible for the carnage in Peshawar and not the LeT.

If India is already involved in helping the insurgents in Baluchistan and Karachi, as Pakistan says, it is but one step for New Delhi to bring Dawood or Hafiz Saeed into its sights. Incalculable as the consequences of such targeted terrorism will be, to many it will appear to be the only way to deal with an incorrigible neighbour.