is a serving officer in Indian Army. He has had rich varied experiences, from representing the country in United Nations peacekeeping mission in Sudan to getting wounded in a counter terrorism operation in Jammu and Kashmir . He is presently posted at Army HQ. 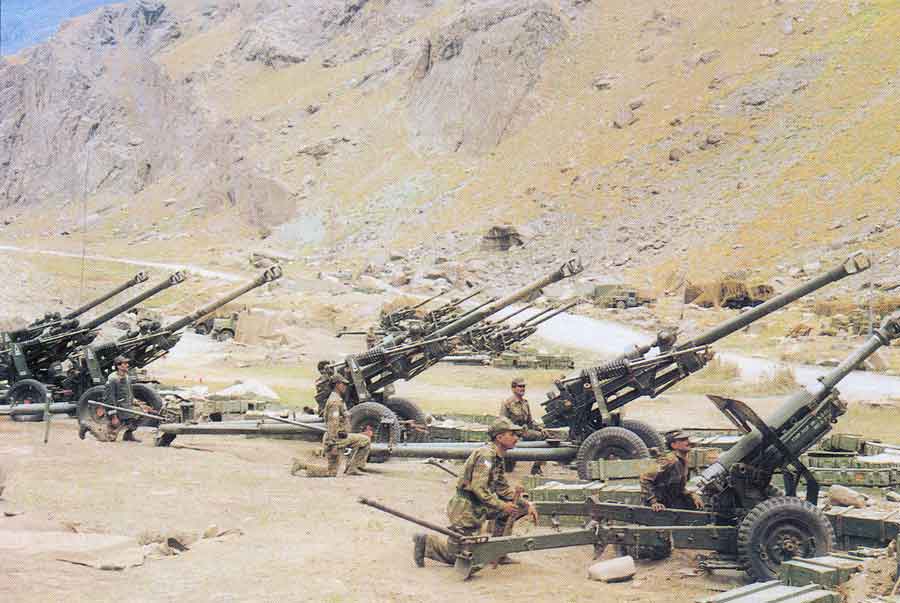 It basically aimed to exploit gaps in Indian positions in the Dras-Mushkoh Sect and capture the unoccupied heights across the Line of Control so that we could interdict movement on the Leh – Kargil National highway. Such was the cloak of secrecy that leave aside the political leadership even our Air Force and Navy were kept in dark.

The much quoted military dictum that “Wars are fought by nations and not just their armed forces” has often escaped the attention of Army Generals in Rawalpindi.That is perhaps why as India celebrates yet another anniversary of ‘Vijay Diwas’, there is a renewed though muted, debate in Pakistan about the wisdom of launching such an ambitious military manoeuvre, in the frozen icy heights of Kargil.On our papers and maps in the GHQ, “Operation Koh e Paima” (Mountain Climber) appeared to be a perfectly bold tactical manoeuvre with enormous potential of creating strategic effects. So where did it fall apart? Did we underestimate the resolve of Indian Army, or was it our political dispensation that let us down? Some of us though still feel that this unique operation wasn’t a complete military disaster as it is made out to be.No war in modern human history had been fought in such an unfriendly, and unforgiving, terrain. For its sheer audacity therefore, its planners deserve some credit. The secretly devised plan by Major General Javed Ahmed, GOC FCNA, along with Lt Gen Mehmood Ahmed, Commander 10 Corps, and Lt Gen Aziz Khan, Chief of General Staff (CGS) had the complete blessings of COAS Pervez Musharraf.

It basically aimed to exploit gaps in Indian positions in the Dras-Mushkoh Sect and capture the unoccupied heights across the Line of Control so that we could interdict movement on the Leh – Kargil National highway. Such was the cloak of secrecy that leave aside the political leadership even our Air Force and Navy were kept in dark.It all began slowly but steadily in the month of December 1998. Having achieved a strategic surprise by establishing over hundred posts in Indian territory, the soldiers from almost five irregular Battalions of Northern Light Infantry (NLI) welcomed the New Year cramped stealthily in their make shift bunkers. It was such a remarkable achievement that on 28 March 99, Gen Pervez Musharraf visited one of the posts of 12 NLI which was almost six kilometers across the Line of Control. It was perhaps the first time that any chief of Pakistan Army had addressed his soldiers on the Indian territory.The sheer excitement of having occupied enemy territory and staying undetected had compensated for the immense hardships and extreme conditions that the soldiers were living in. But our joy of “doing a Siachen” on Indian Army was short lived and all heavens broke loose when the intrusions were first detected on 03 May 1999. After initial chaos & confusion, the Indians come upon us with all their fury. The skies lit up with Artillery shells and there was never a comfortable moment for our boys thereafter. They still fought a brave entrenched battle. It was a complete mis match with roughly six ill equipped battalions pitted against more than four divisions of Indian Army. We had no chance of surviving this furious onslaught.No one can deny that Indians displayed exceptional fortitude and grit to evict us from those snow capped peaks but our defeat was made even more painful by the disgraceful act of not even recognising our soldiers and denying them due military honour. Whoever thought that regular soldiers could be passed off as Kashmiri Mujahideen must have been utterly naive , and stupid.Even the manner of withdrawal as announced by PM Nawaz Sharif in July that year, due to political compulsions and lack of military alternatives, was humiliating and tarnished our carefully cultivated image of a professional Army.In retrospect, we surely displayed commendable initiative and achieved tactical surprise in extremely harsh terrain. However, the nation could not cope up with the subsequent Indian Military response and diplomatic isolation by the world community. The presumption that although Indian Army will respond aggressively at tactical level, but will reconcile to altered ground realities, if they do not achieve success, proved to be a great fallacy. It is ironical that even after so many combat experiences, we continue to portray Indian Army as “Hindu Bania comprising of coward infidel soldiers”.It is also worth recalling that by the beginning of 1998, the ‘Freedom movement’ in Kashmir was losing steam and we felt that this manoeuvres, besides giving us possession of valuable territory would also energise the Kashmiri Mujahideen and internationalise the Kashmir issue.Over the years we had nurtured the militancy in Kashmir and had placed great reliance on the active support from Kashmiri Mujahideen. We expected them to escalate the violence levels by disrupting the movement of Army convoys and attacking their bases, but sadly this never materialised. For a nation like us, which boasts of ideological superiority & sees India as a perpetual enemy, anything less than a complete victory was always going to be unacceptable and this is ultimately what happened. We squandered a brilliant tactical advantage and failed at the operational & strategic level.But as Maj Gen Syed Ali Hamid has said “Unfortunately Pakistan didn’t have a Churchill who could even turn a military disaster like Dunkirk into a symbol of pride for the British Nation”.And as the tragic Saga of Kargil ended with adverse political military consequences, who would have thought that the campaign to win Kargil, would end up in capture of Islamabad.