Time to change the secessionist narrative in Kashmir 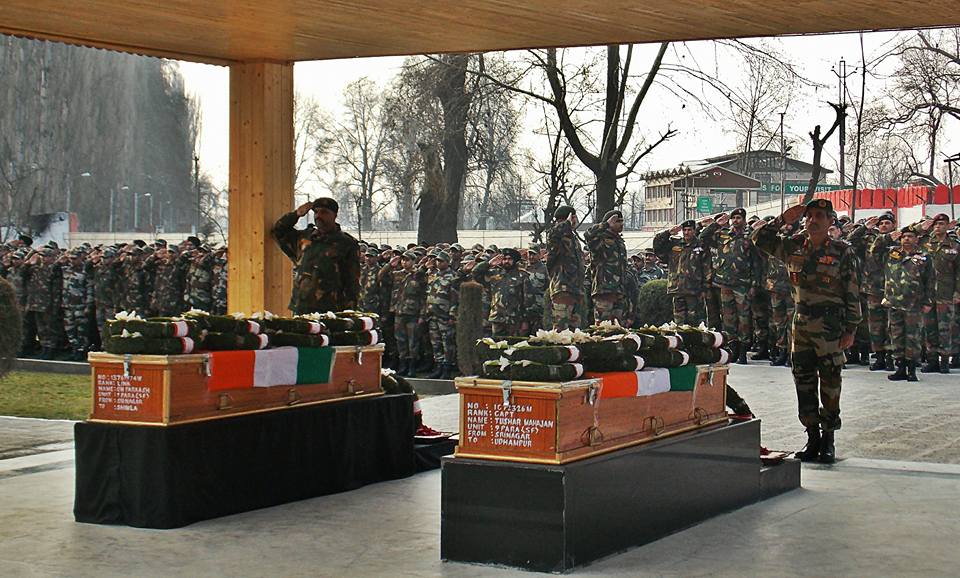 Five brave soldiers of the nation and one innocent civilian have lost their lives on the altar of mindless terrorist violence in the Kashmir Valley. A terrorist attack in Kashmir was expected due to a number of reasons.

First, security forces have been proactive in counter-terrorist operations all through the winter and have achieved considerable success. In the last month or so, more than 16 terrorists have been eliminated. Naturally, the terror set up operating in the valley would have been under pressure from their masters in Pakistan to retaliate.

Second, the manner in which the Jawaharlal Nehru University (JNU) incident has played out in the national capital would have been perceived as an advantage by the terror strategists sitting in foreign lands. Exploiting the same with a daring strike in the heart of the Kashmir Valley was the next logical step for them.

Third, the political instability in the state due to inability of the political parties to put in place a credible government has given space to the separatist and terrorist ideologues to attempt reestablishment of their writ. Carrying out a daring terrorist strike is a good step in this direction.

Fourth, the month of February is crucial for separatist activities since it was in this month that Maqbool Bhat was hanged for complicity in the murder of a police inspector and Afzal Guru was hanged for his complicity in the conduct of a terrorist attack on the Indian Parliament in December 2001. Pakistan also celebrates “Kashmir Solidarity Day” on 5 February every year.   How can such a time pass by without a good terrorist strike?

It is quite evident that the terror attack was meticulously planned. The terrorists were on a Fidayeen (Suicide) mission. They were well armed and well trained. It is being said that they were of foreign (Pakistani) origin, however, they could not have conducted the operation without local assistance in terms of information about the movement of troops and reconnaissance of the ambush site.

The local angle is further corroborated by the gathering of a crowd to shout anti-India slogans while the operation was underway; such mobilisation is done by the separatist and disruptive elements quite often to boost terrorist strikes. It is also possible that some among the killed terrorists were locals for which reason there was so much agitation while the operation was underway.

The anti-India slogans during the conduct of the operation have elicited media attention in view of the debate on sedition that the nation is engaged in due to the JNU incident. Some national news channels covered the sloganeering and compared it with what had happened earlier in the JNU campus.

What needs emphasis here is that anti-India sloganeering may be a novelty in New Delhi but in the Kashmir Valley, it is quite normal.

In fact, many experts hold the view that the anti-India sloganeering in JNU was also orchestrated by Kashmir separatists. In the JNU campus, the manner in which a crowd suddenly appeared, raised slogans, caused disruption and disappeared as fast as it came, leaving the students to face the music was akin to the tried and tested modus operandi of the separatists in Kashmir.

While the terrorists have been eliminated, the nation, with a toll of six dead and nine injured has paid a very heavy price.

It is well known that the number of people indulging in secessionist and terrorist activity in Kashmir is small and under the influence of a foreign power. It is, therefore, necessary to identify the secessionist leadership and deal with it in accordance with the law of the land, the remainder will automatically fall in line. It is also the responsibility of mainstream local parties and their cadre to quell secessionist sentiment.

With what face do Mehbooba Mufti and Omar Abdullah root for the revocation of the Armed Forces Special Powers Act (AFSPA) from the state when they do not have the capacity to turn around the situation politically?

A situation where soldiers are fighting the enemies of the nation and dealing with slogans against them in the rear cannot happen anywhere except in India, and that too, in Kashmir. No better time than now to change the narrative.

Further, it has to be accepted that the political compulsion of reducing the collateral damage, at the behest of local leaders, is proving to be to be too expensive for the security forces in terms of the precious lives of soldiers lost.

If the security forces had used precision rocket-propelled grenades at the outset they would not have taken five fatal casualties. There is, therefore, a very strong case for reassessment of the counter-terrorism policy. Security forces have to be given the freedom to conduct operations in a manner that the situation demands and not with a host of restriction attached.

Saving the lives of civilians caught in the zone of conflict is of overriding importance and can be a restriction, beyond this, there should be no constraint. If a building has to be brought down, so be it; there is no building in this world that is more sacrosanct that the life of an Indian soldier. If an area has to be cleared of civilians for laying a tactical cordon, it should be cleared with no questions asked.

It is evident from the aforementioned meticulous plan prepared and executed by forces inimical to the country that we are dealing with a very motivated and determined enemy. We cannot afford to let our guard down even for a second. Secessionism and terrorism in the Kashmir Valley has to be dealt with an iron hand. We as citizens of the nation, political leaders, civil society, bureaucracy etc. have to understand that our responsibility runs further than demanding the blood of our soldiers time and again.