The Taliban and New Delhi; Why is India Returning to Afghanistan? 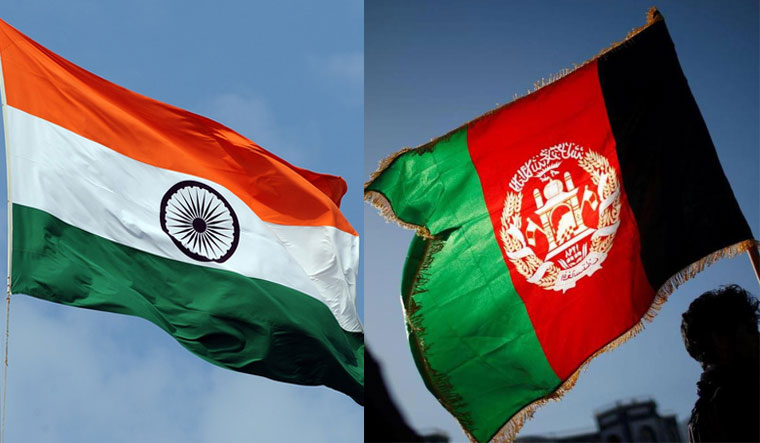 Almost nine months after the Taliban invaded Afghanistan, the first New Delhi diplomatic delegation arrived in Kabul on June 2, 2022. Observers and experts were surprised by the Indian delegation’s unexpected visit to Kabul, given the history of Delhi-Taliban relations. India considered the Taliban a “Pakistani proxy project” and, in the 25 years of the Indian government’s relationship with Afghanistan, had a clear policy against the Taliban. But now Delhi seems to have changed its position and is ready to co-operate with the Taliban. Any foreign country or region has not yet recognized the Taliban, and field reports indicate human rights abuses by the Taliban in Afghanistan.

The Closest and Most Cordial Relations Between India and Afghanistan

India has had the closest diplomatic, economic, and security relations with Kabul for two decades. So, Thousands and millions of Afghan tourists visit India every year. Millions went to Indian hospitals for treatment. Afghan tourists were the biggest customers of Indian hospitals, hotels, and guesthouses. But suddenly, deep relations between government and the government, between people with the people, were reduced to zero and disappeared. With the Taliban taking control of Afghanistan, India, in addition to losing its security, diplomatic and political nobility in Afghanistan, lost a major economic resource to the presence of Afghan tourists, patients, and students in India.

The Afghan Students and Residents Living in New Delhi

Afghanistan students living in New Delhi say that after the fall of the Kabul government to the Taliban and the severance of Afghanistan’s relations with the government and the people of India, hospitals, hotels, and guesthouses in New Delhi have virtually gone bankrupt. According to these students, the room rent, which a year ago was 25 to 30 thousand Indian rupees, has now been reduced to 3 thousand to 4 thousand Indian rupees in Delhi. Therefore, an Afghan resident in New Delhi says hoteliers and Delhi hospital officials have protested blocking consular services in Afghanistan and restrictions on Afghans’ travel to India. They claim that this government act harms the prosperity of trade and economic affairs between the two nations of India and Afghanistan.

The Afghan national who lives in New Delhi says that Indian hospitals and inns businesses were booming with Afghanistan patients. But nine months after Afghans stopped traveling to Delhi and India, there was no news of previous overcrowding in Delhi hospitals. For this reason that Indian citizens protested against the imposition of restrictions on Afghan citizens. After the Taliban invaded Afghanistan, India expelled its diplomats from Kabul and suspended its consular services altogether. However, Delhi has not issued any visas to Afghan citizens in the last nine months. India even revoked the visas for people who had been granted them days before the fall of the Afghan government. Thousands of Afghanistan patients, tourists, and students have been left in dire straits over the past year due to a lack of visas and travel permits to India.

The Difficult and Dark Days of Afghanistan

This practice of the Indian government was widely criticized by the people and local institutions in Afghanistan. Many Afghans called India an unreliable and ungrateful ally who left the Afghanistan people behind in the dark and difficult days and dealt with the fall of Afghanistan with complete irresponsibility. After the collapse of the former Afghan government by the Taliban economically, security, politically, and diplomatically, India was practically removed from the equation of the Afghanistan system and became irrelevant to the situation in the region. Political and security observers and experts say that New Delhi seeks to resume economic ties by returning to Afghanistan, facilitating Afghans’ lucrative travel to Delhi and India, and restoring its lost intelligence and security influence in Afghanistan against Pakistan in the region. In the wake of the new turmoil in Afghanistan, many Afghan experts and citizens have called the Indian government a cowardly and untrustworthy ally. A journalist says that Delhi, just as it turned its back on Dr. Najibullah’s regime and left him in the dark and difficult days, became the prey of terrorism. The remnants of Ashraf Ghani’s regime, who often had very close relations with the Indian government, chanted anti-Pakistani slogans, turned backs, and left them in the dark days.

New Delhi has played no role in the containment of the humanitarian catastrophe after August 15, 2021. It has not issued visas to any Afghan citizen. It did not even allow Afghan students to travel to Delhi and other Indian cities. In 20 years, the people of Afghanistan have made the most tourist, medical and tourist trips to India. This is what India is now seeking to make up for a year-long mistake in Afghanistan by reopening consular services and resuming humanitarian support. But it could provoke the anger of India’s former allies, especially the leaders of the “Resistance Front” led by Ahmad Massoud. Their forces are currently fighting against the Taliban in Afghanistan. With the resumption of the Indian consulate in Kabul, the Taliban will have virtually no serious opposition to the Indian presence in Afghanistan at the regional level until the Taliban does not listen to Pakistan’s orders. Establishing diplomatic relations with Delhi will allow the Taliban to engage with the Western countries. But it seems that the presence of the Taliban and Pakistan’s complex ISI games will limit India’s presence in Afghanistan.

On the sidelines of the 8th Moscow Security Conference in 2017, Afghanistan’s National Security Advisor Hanif Atmar and India’s National Security Advisor Ajit Duwal met. During this meeting, the two sides agreed to expand cooperation between Afghanistan and India by developing a joint strategy to support the Afghan National Army further. The main focus of this agreement was the tactical training of the Afghan Army by the Indian National Army. In a meeting with his Indian counterpart, Hanif Atmar stressed the security issues in the region and particularly the Comprehensive Joint Counter-Terrorism Plan in Afghanistan and the region. Following the escalation of the crisis in Afghanistan-Pakistan relations in recent years, the Kabul government has taken steps to develop relations with the Indian government.

This means that by developing relations with India’s nuclear rival, Pakistan. Afghanistan tried to show Islamabad that the space is open for Kabul to develop cooperation with the neighboring countries, and Afghanistan uses all available capacities to develop its relations with the world and region. Given that the Afghan government has repeatedly stated that the Afghan National Army needs the necessary weapons and equipment to counter-terrorism, Afghanistan tried to use Delhi’s military assistance to strengthen its military ties with India.It was important for the Afghan government to use the capacity to develop military cooperation, so the United States and NATO have not responded positively to Afghanistan’s request for modern weapons in recent years.Therefore, due to India’s readiness to provide military assistance, the Government of Afghanistan also welcomed it and sought to increase the operational capacity of its military by using military aid from the Government of India.