The Saudi Vision 2030: How India can make the most of it 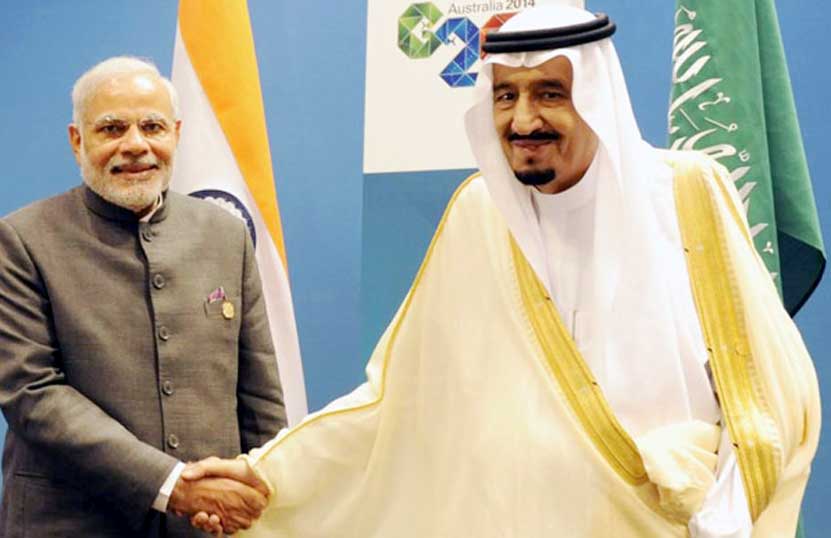 The Saudi Arabian government this week unveiled a long-term economic blueprint for adapting to a low-oil-price future. The plan, reportedly the brainchild of Deputy Crown Prince Mohammed bin Salman, is titled  ‘Vision 2030,’ and includes regulatory, budget and policy changes that will be implemented over the next 15 years with the aim of making the kingdom less reliant on crude oil and providing it a “prosperous and sustainable economic future.

The vision 2030 will lead to an opening up of Saudi Arabia, not only to foreign investment, but to the world at large.

It is to be noted that the steep fall in oil prices is the main driver for the Vision 2030 to come about, even as it is being claimed that the plan “was not created only” to face this challenge. The Saudi government, which had received 73 percent of its revenue from oil last year, plans to raise non-oil government revenue from 163 billion riyals to 1 trillion riyals ($266.6 billion) by 2030. The first milestone of the vision: “The Kingdom can live in 2020 without any dependence on oil.”

The reform programme, outlined in an 84-page booklet, would work to get the Kingdom listed within the world’s top 15 economies,  up from its present ranking of the world’s 19th largest economy. The Vision blueprint gives details on privatization and the creation of what it called the “largest sovereign wealth fund (SWF) in the world” of USD 2 trillion. A part of the SWF’s assets will come from the sale of less than 5 percent of Arabian American Oil Company (Aramco) through an initial public offering (IPO). SWF would seek to diversify revenue streams and add to the Saudi heft as a global investor.

The blueprint also includes major structural reforms, privatisations and efforts to increase government efficiency and public services in terms of education, training, health, housing and entertainment. The falling revenues had compelled the government in December to take the unprecedented step of raising retail fuel prices by up to 80 percent and cutting subsidies for electricity, water and other services.

In the first quarter, Saudi Arabia was India’s biggest exporter of oil, sending about 889,000 barrel per day (bpd) to the country, or about 21 percent of the total.

The other elements of the vision entail attracting Foreign Direct Investment (FDI), boosting tourism and increasing local manufacturing in Saudi defence purchases. The domestic defence industry will be built up to account for as much as 50 percent of military spending, from two percent at present. In addition there would be efforts to raise the effectiveness of the Saudi security and military services while reducing the overall military spending.

The vision 2030 will lead to an opening up of Saudi Arabia, not only to foreign investment, but to the world at large. The Kingdom will also need to be much more transparent, share information and provide a basic and conducive regulatory environment for foreign investors based on common law and foreign arbitration, rather than the Islamic law that currently dictates life in the kingdom.

India imports almost 80 percent of its crude requirements, largely from Middle East nations. In the first quarter, Saudi Arabia was India’s biggest exporter of oil, sending about 889,000 barrel per day (bpd) to the country, or about 21 percent of the total. India is also seeking Saudi investment in a planned 1.2 million bpd refinery on India’s west coast, the expansion of the Bina refinery and a petrochemical plant at Dahej.

India would like to partner Saudi Arabia in improving its public services, job creation, skill development, education and training.

As Saudi Arabia moves its economy away from its dependency on oil, India would look to move their bilateral relations from being centred on hydrocarbons. India would like to partner Saudi Arabia in improving its public services, job creation, skill development, education and training. It would allow India to use its soft power in the region more effectively.

As the plan foresees social change in one of the world’s most conservative societies there would be trickle-down effect to labour regulations, working conditions and better appreciation of the contribution of the Indian expatriates, numbering nearly three million, not just towards providing services but also to the future economic agenda of Saudi Arabia.

One thought on “The Saudi Vision 2030: How India can make the most of it”