The Mistake of the Century 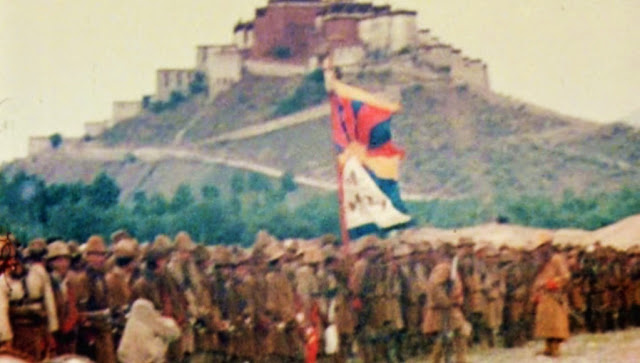 Chinese are known followers of the Art of War, an ancient Chinese military treatise written by Sun Tzu, a Chinese general and military authority in the 5th century BC. The treatise teaches all aspects of warfare and particularly how to win a War without fighting it, but today, it is clear that President Xi Jinping has not read the book properly.

Xi got the first basic wrong, “don’t take too many enemies in one go, take them one by one.”

As a result, Xi may win a few battles, but ultimately, the Chairman of the all-powerful Central Military Commission is certain to lose the war; the world will not let the Middle Kingdom dominate the planet.

Xi Jinping and his advisors did not take into account that China’s ‘enemies’ would react so quickly to Beijing’s aggressive expansionism.

Take India, how could the nation (and the government) ignore Chinese intrusions in Ladakh and accept a change of the status quo without taking measures to make Beijing pay a price.

Banning Chinese applications or cancelling State contracts for Chinese mining companies, Delhi has started acting. As China digs in in Ladakh and prepares for the winter, retaliating actions are bound to increase and certain policies taken in the 1950s, will certainly be debated afresh, particularly the ‘One-China’ policy.

It is where President Xi and his advisors have miscalculated.

India and the world can well reopen ‘unfinished’ business.

One is the Tibetan issue at the UN.

On November 7, 1950, a well-drafted appeal sent from Kalimpong (as there were no postal facilities in Lhasa), pointed to the fact that “the Tibetans were racially, culturally and geographically far apart from the Chinese.” It also made a parallel with the situation in the Korean peninsula: “The attention of the world was then riveted on Korea where aggression was being resisted by an international force.

Similar happenings in Tibet were taking place with the world covering its eyes: … [The problem is] largely the outcome of unthwarted Chinese ambitions to bring weaker nations on her periphery within her active domination,” said the Appeal, which continued: “As a people devoted to the tenets of Buddhism, Tibetans had long eschewed the art of warfare, practised peace and tolerance and for the defence of their country, relied on its geographical configuration and on non-involvement in the affairs of other nations.”

It added that the Chinese, in their natural urge for expansion, “have wholly misconstrued the significance of the ties of friendship and interdependence that existed between China and Tibet.”

Some twenty years ago, Claudia Johnston, an independent researcher in International Law at the University of Victoria, Canada, wrote a fascinating paper “Tibet: The International Mistake of the Century”.

The outcome of her research was that the Tibetan Appeal was still a pending matter in the UN …waiting to be reopened: “The UN and individual Member States, have been conducting their decisions based on the false assumption that Tibet is not a ‘State’, but ‘an internal affair’ of China. UN official records show this to be a mistake.” Tibet was then a State.

As a result, “the issue of Tibetan Statehood remains unconsidered by the United Nations. United Nations mechanisms for ‘States’ to employ peaceful solutions to ‘Disputes’ have not been utilised.”

All this was done …at the instance of India.

It is true that from the start, Delhi was pessimistic about the outcome of the UN appeal: “We doubt whether a discussion of Tibetan problem in General Assembly or in Security Council will yield any useful result,” wrote Nehru.

The friendship with China was already too important to be sacrificed for the fate a weak and peaceful neighbour like Tibet.

The Prime Minister frankly admitted that though Beijing had repeatedly expressed itself in favour of Tibetan autonomy “but of course we do NOT know what their idea of autonomy is.”

Delhi thought: “We do NOT think that legal argument will be helpful or that Assembly should attempt more than appeal to two parties to come to a peaceful settlement. Condemnation of China will NOT help Tibet; and neither Security Council nor Assembly is in any position to render physical aid to Tibet.”

As a result China was not condemned and could complete its task of entering Lhasa without hindrance; in Sun Tzu’s jargon, ‘liberating Tibet without waging war’.

In the course of the discussions at the UN in New York, most of the representatives indicated that India was the nation most concerned and that they would follow India’s lead.

In a note, Nehru sadly asserted: “I think it may be taken for granted that China will take possession, in a political sense at least, of the whole of Tibet.”

He further admitted that for the Tibetan people the “autonomy can obviously not be anything like the autonomy, verging on independence, which Tibet has enjoyed during the last forty years or so.”

His final words were: “We cannot save Tibet, as we should have liked to do so, and our very attempts to save it might bring greater trouble to it. It would be unfair to Tibet for us to bring this trouble upon her without having the capacity to help her effectively.”

The strange argument was: if we do anything to help Tibet, it will upset the Chinese and the fate of Tibet would be worse.

The case was eventually ‘put in abeyance’ at India’s demand.

Let us remember that Sardar Patel was by then a dying man; nobody could stand up to Nehru.

But today, if China stubbornly continues to occupy Indian territory in Ladakh or if the Chinese Western Theatre Command generals manage to convince the new Helmsman that India should be taught more lessons, there are plenty of old issues for India to reopen. For sure, Chairman Xi has not played his cards well.