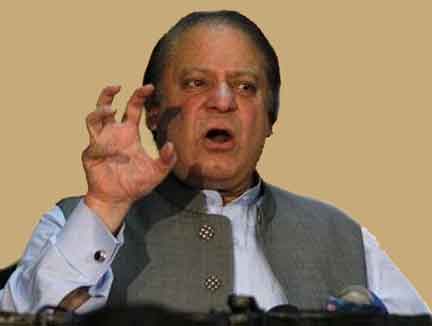 Quite often it is a thoughtless or tactless statement but it also serves the desired purpose of saying something and then denying or giving it a spin. The message stands delivered. Maybe that was what Nawaz Sharif intended when he spoke about flashpoints in the India-Pakistan relationship during his visit to Muzzafarabad. It is to be expected that he would talk about some such issue when in POK and he cannot be expected to talk about subjects like the Iran-US agreement at that venue. Denials followed but that evening we watched our own TV channel go ballistic with the usual panelists from across. We still do not know whether or not this was a Freudian slip or a deliberate statement.

The world was no longer willing to ignore terrorist activities originating from Pakistan and India was not about to succumb.

In his absorbing book, Magnificent Delusions — Pakistan, the United States and and Epic History of Misunderstanding, Husain Haqqani describes a conversation between Henry Kissinger and Air Marshall Nur Khan (then Governor) in Lahore in 1969. Nur Khan told Kissinger that in the prevailing situation Pakistan was not going to get what it wanted. A settlement would require appeasement of India, which would relegate Pakistan to a subordinate status in the subcontinent. Consequently, waiting for an opportunity to arise that would force India’s hand in Kashmir and that Pakistan was in a permanent state of war with India. There was no interest in resolving the conflict through talks.

Subsequent efforts to destabilise Punjab through assistance to Sikh terrorists in the 1980s, the jihadi hordes that were thrown at us in the 1990s culminating in General Musharraf’s monumental folly on the Kargil Heights, the attack on the Indian Parliament in 2001 and the sustained terrorism that led to the infamous Mumbai Terror in November 2008. Apparently there had been no rethinking in Pakistan military circles to what Nur Khan told Kissinger and what in any case many of us have always believed to be Pakistan’s policy toward India.

Pakistan’s proclaimed support for the ‘Kashmiri cause’ and acting or supporting the wishes of the people of Kashmir has begun to sound hollow and unsustainable given its own track record in dealing with the legitimate grievances of the Baloch, victimisation of Ahmediyas and a relentless violent Sunni campaign against Shias. The world was no longer willing to ignore terrorist activities originating from Pakistan and India was not about to succumb. A new cause for staying relevant in Kashmir had, therefore, to be invented.

Actually, water from rivers that flow through Kashmir has always been the real issue for Pakistan and not Kashmiris or their religion.

It was evident at some of the various Track 2 dialogues a few years ago, where water from Kashmir was the issue that Pakistani delegates wanted to discuss saying that this could become the new flashpoint. Actually, water from rivers that flow through Kashmir has always been the real issue for Pakistan and not Kashmiris or their religion. Ayub Khan, in his meeting with President Eisenhower said he did not trust India because that country “had taken away rivers that should belong to Pakistan and upon which Pakistan’s life depended.” Of course, Eisenhower did not know that of the six rivers, only one, Jhelum originated in the Kashmir valley. Pakistan had been claiming that it was necessary for it to have physical control of the territory in order to ensure that water from these rivers would flow into Pakistan.

The Pakistani plank seeks a reinterpretation of the Indus Waters Treaty without amending it, where water must flow unimpeded. There is no question of sharing waters from ‘my’ rivers with ‘yours’, is the new argument. The Kashmiris must not have electricity, even from run of the flow, hydel projects. The constant Pakistani complaint now getting louder is that water from the Indus, Jhelum and Chenab must flow exclusively for their Punjab even though India is not using fully the acreage allowed under the Treaty and could easily within the rules increase this.

J&K Hurriyat leaders, who go off scampering to meet every Pakistani dignitary who visits India, would do well to understand that Pakistani interest in Kashmir is not about the well being of Kashmiris but for the farmers of their Punjab and themselves.