The Importance of Pakistan 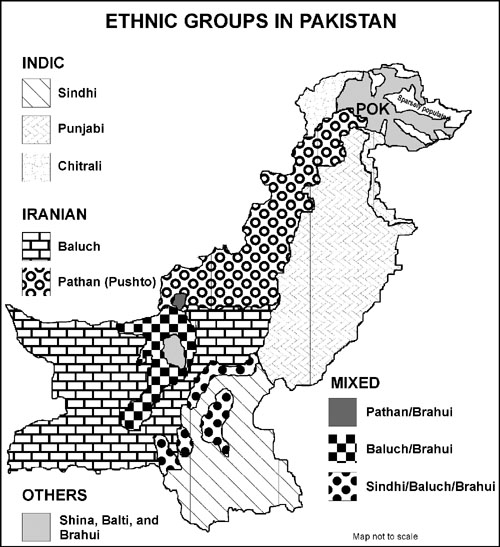 Islamabad does not need to worry; regardless of the bin Laden episode, Washington will not walk out of their so-called alliance against terror.

The United Sates needs Pakistan for its operation in Afghanistan and does not want China to take its place in the region. For these two reasons, the Obama Administration will close its eyes to many non-senses of the ISI and the Pakistani Army.

A year before 9/11 attack on the twin towers, the US Under-Secretary of State Thomas Pickering met with some Pakistani officials in New York. One of the issues discussed was bin Laden, Washington was already hunting the Saudi terrorist: “Pickering opened the meeting by expressing disappointment that Pakistan, whom he called a good friend of the US, was not taking steps to help with OBL,” says a secret cable addressed to the US Secretary of State.

The United Sates needs Pakistan for its operation in Afghanistan and does not want China to take its place in the region.

The same tune continued till the Abbottabad raid: Pakistan never helped (on the contrary) to catch any terrorist on its soil, but the US and Pakistan remain ‘friends’.

In fact ‘friend’ is not the correct word; Pakistan is more of a vassal State which gets yearly lollipops to remain quiet. A historian wrote: “an Empire has no allies; it has only vassal nations who in principle are sovereign, but let themselves be reduced to the sad condition of satellites.” Is not America the last colonial empire?

For the past fifty years, the position of the United States vis-à-vis Pakistan has to be seen in this perspective. It is the tragedy of Pakistan, built on a falsehood (The Two Nation Theory), that it requires a big brother to (economically) stand on its legs. Washington may not be happy with its vassal for having given refuge to Enemy no 1, right in the midst of a military cantonment, but the fact remains that successive governments in Islamabad have protected bin Laden (and so many other terrorists and jihadists), while Washington has continued to financially keep Islamabad afloat.

In fact friend is not the correct word; Pakistan is more of a vassal State which gets yearly lollipops to remain quiet.

Colonel Sir Francis Younghusband who became famous after his military expedition in Tibet in 1904, once wrote: “We, who have dealt with Asiatics, can appreciate so well [the following tactic]: taking the opportunity, striking while the iron is hot, not letting the chance go by, knowing our mind, knowing what we want, and acting decisively when the exact occasion arises.” The occasion arose, Obama struck; but the relation between the two ‘friends’ remains unchanged.

In July 1946, the British Indian Chiefs of Staff Committee prepared an interesting report “on the importance of India as a military base”. C. Dasgupta, the retired diplomat who wrote War and Diplomacy in Kashmir pointed out: “[The report] most significant feature, however, was the re-assessment of India’s geostrategic value. This reflected a notable shift of emphasis from the naval to the air factor.”

Obama struck; but the relation between the two friends remains unchanged.

The British Government, would it decide to leave the subcontinent, needed ‘air bases’ to be able to keep a tab on Afghanistan, Central Asia, Soviet Union and Eastern Turkestan. Quoting from the British report, Dasgupta continued: “It was also essential that the Soviet Union be denied air bases in India. If India was dominated by Russia with powerful air forces it is likely that we should have to abandon our command of the Persian Gulf and the Northern Indian Ocean routes, making it impossible to ensure the uninterrupted flow of vitally important oil supplies.”

Another report prepared in London came to the same conclusions: “India’s territory provides important bases for offensive air action and for the support of our forces in the Indian Ocean and neighbouring areas”.

Having decided to partition the sub-continent, London understood that Pakistan was the best bet strategically. In October 1946, the India Office advised the Chiefs of Staff Committee that “if India were to split up into two or more parts, the Muslim areas would probably be anxious to remain in the Commonwealth if, in such circumstances, we were willing to have them”.

“India’s territory provides important bases for offensive air action and for the support of our forces in the Indian Ocean and neighbouring areas”.

For the British (and later the Americans), ‘Hindus’ were unreliable allies, having strange ideas such as non-violence or non-alignment as the main features of their future foreign policy.

The Partition was therefore a good solution for London; they could keep air bases in Pakistan and at the same time walk out of the sub-continent without too much damage.

The Americans followed the footsteps of the British in the early 1950’s. They had an even better idea: an independent Kashmir.

As early as January 1948, Sheikh Abdullah was ready to offer the Maharaja’s State on a platter to the Americans, but it took some five years for Washington to realize how serious the proposal was.

When Adlai Stevenson came to Srinagar in May 1953, he discussed with Abdullah the creation of an independent Sheikhdom of Kashmir state. It suited perfectly the American interests as it could thus check the advances of the Chinese in Sinkiang and the Russians in Afghanistan.

Just a look at a map of the Pakistan shows the extraordinary strategic importance of the country.

Kashmir controlled the roads to Afghanistan, to the central Asian republics of Soviet Union, to China and to Tibet. A few weeks after the meeting, Abdullah asserted: “It is not necessary that our State should become an appendage of either India or Pakistan.” Only after he was arrested in August 1953, did the Americans drop their idea to have a base in Kashmir.

Hardly a year later, Washington’s sight turned towards Pakistan; it was the beginning of the famous ‘friendship’.

Just a look at a map of the Pakistan shows the extraordinary strategic importance of the country. The British were no fools! They knew it. Already way back in 1877, a Political Agent was posted in Gilgit to keep an eye on the region. Since they followed the footsteps of the British, America had been looking for an obedient ally to keep a foot in the region.

Today another player has entered the Great Game, Beijing.

To come out their vassalage, Islamabad is now cleverly playing the Chinese card. A report from Pakistan suggests that the Chinese are interested in studying the remains of the US top-secret stealth helicopter abandoned during the Abbottabad raid. A Pakistani official even said, “We might let them [the Chinese] take a look.”

It is a way to convey the message: the Chinese are waiting at our door, “don’t mess with us, our ‘all-weather friend’ can replace you”.

“the Chinese are waiting at our door, “don’t mess with us, our “all-weather friend can replace you”.

On May 7, 2011, an interesting article was published by China Review News, “The More Anti-terrorism, The More Terror: the Post-bin Laden Era Tests US Strategy”. The author predicts that China will be the next target of US anti-terrorism ‘war’. The argument is that before 9/11, President Bush viewed China as the main strategic rival and exerted diverse forms of pressure and then when “Osama bin Laden gave a vicious blow to the US, George W. Bush became a different person and turned to cooperate with China”. The conclusion is “9/11 changed the foundations of Sino-US relations and gave China a 10-year golden opportunity to regain strength.”

Now a new era of uncertainties has begun, however Washington has no choice but to remain ‘friends’ with Pakistan, at least till Jinnah’s State implodes under its own contradictions.

2 thoughts on “The Importance of Pakistan”