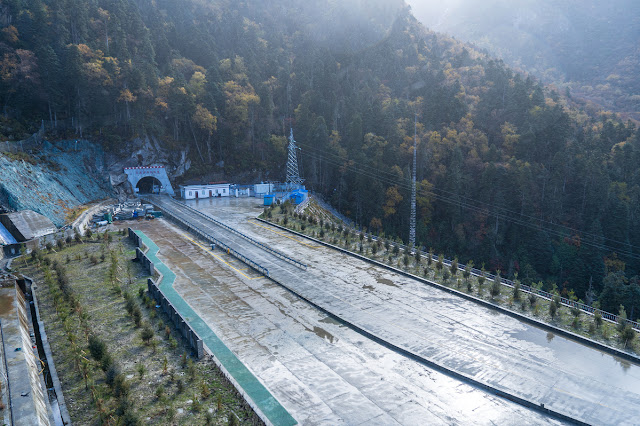 On May 16, Xinhua reported that the construction of a new highway passing “through the Yarlung Tsangpo Grand Canyon, known as the world’s deepest canyon with a maximum depth of 6,009 meters” was completed.

As can be seen on the map posted below, the new road does not really pass through the Grand Canyon, more correctly, it ‘cuts through the canyon’. 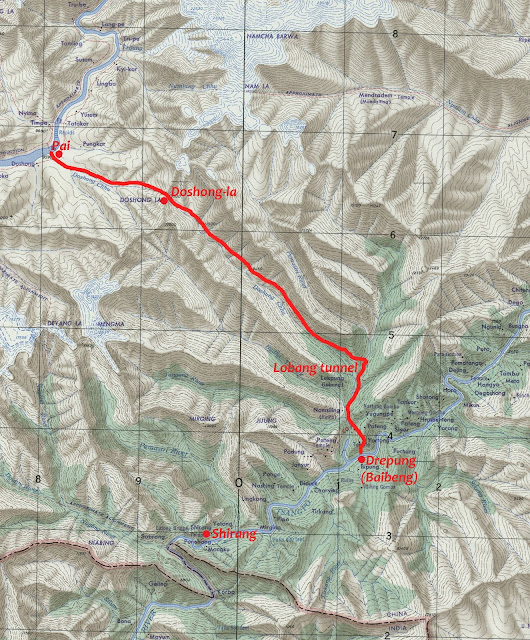 What the Chinese agency does not mention is that the terminus of the road reaches very close to the Indian border (the Gelling circle of Upper Siang district of Arunachal Pradesh), posing a serious security risk to the Indian territory.

We are told that the project took almost seven years to be completed: “A 2,114-meter tunnel was dug through, [today] marking the completion of the major construction of the 67.22-km road connecting Pai Township in  Nyingchi City [prefecture] and Metok County.”

It is the second road serving Metok Country, which till 2013, was the last county in China without road access.

Xinhua gives more information: “The project was built by the China Huaneng Group Co Ltd and started in 2014, with an estimated investment of over 2 billion yuan (about 310 million U.S. dollars).”

The project was concluded 228 days ahead of schedule.

According to Du Canxun, a Huaneng manager: “The company stressed green development during the construction and poured 110 million yuan into ecological and water environment protection. It was much more than the planned 75.39 million yuan.”

It has to be seen if it is true, as the area is  environmentally extremely fragile.

The Chinese news agency adds: “The road was built on the former hiking route between Nyingchi’s Pai Township and Drepung (Chinese: Baibung) Township in Metok County, with an altitude difference of up to 2,892 meters between the highest and lowest spots of the road.”

This difference of altitude will be used for the hydropower plant mentioned on this blog a few months back. The new road is indeed the first stage to start building the giga project.

The Xinhua article concludes citing the first road access to Metok: “It is the second significant passageway to Metok, following the first one connecting the county and Chabmog Township in Bome County [29°51′33″N 95°46′14″E]. After the new highway opens to traffic, the road length connecting the city proper of Nyingchi and Metok County will be shortened to 180 km from 346 km, cutting travel time by eight hours.”

A mega strategic change in the offing for India’s defence forces.

Another article mentions: “The climate along the Paimok [Pai-Metok] Highway is changeable and construction is extremely difficult. …It is scheduled to be completed and opened to traffic in September 2022. It is a key Tibet aid project of China Huaneng.”

It further reports that the Pai-Mo [Pai-Metok] Highway is the second highway reaching Metok County: “After the completion of the road, the length of the road from Bayi [8.1 or August 1 = PLA garrison] District to Metok County in Nyingchi City [prefecture] will be shortened from 346 kilometers through Bome County to 180 kilometers in Jingpai Town; the travel time will be shortened from 12 hours to about 4 hours with the existing Metok highway, it will form a loop in and out of Metok.”

According to the Huaneng Linzhi [Nyingchi] Hydropower Project Office: “The climate along the highway is changeable, and natural disasters such as avalanches, landslides, heavy rainfall, and mudslides occur frequently. The construction environment is harsh and the construction is extremely difficult.”

As mentioned earlier, this area known as Pemakoe, is also extremely sacred for the Tibetans, but this is no concern to atheist China.

It has however to be seen how the new road will sustain during the torrential monsoon rains and how the highly seismic terrain will take the new development. Serious mudslides were recently reported downstream to Pai Township.