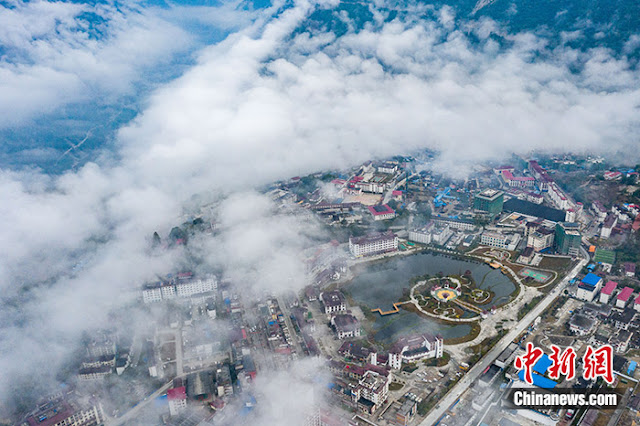 Recent developments not far from the Indian border in Arunachal Pradesh are worrying.

A notice from the Metok Border Management Brigade announced that from March 1, the Chinese authorities began “to check border pass, ID cards and other documents of people entering and exiting Metok.”

Metok is the last small, but strategic town located near the Great Bend of the Yarlung Tsangpo, north of the McMahon Line. Let us remember that the river becomes the Siang on entering Arunachal and later the Brahmaputra in Assam (and the Meghna in Bangladesh).

The notice says that the entire Metok region now comes under ‘border management’ and the area will thereafter be restricted: “People entering and leaving must comply with the relevant regulations of the border management area and need to show relevant documents at border checkpoints to be allowed to pass.”

Even the People’s Liberation Army (PLA) is not exempted from these new restrictions: “officers and soldiers of the PLA and the People’s Armed Police (PAP) who are not stationed in the area must present a certificate issued by the competent department at or above the regimental level to enter and leave the border area.” The notice adds that if an entire military unit wants to enter or exit the border area, the border inspection department should be notified in advance for inspection.

Why suddenly these new restrictions?

An answer maybe be found in an article in The Hindu; Ananth Krishnan says that a draft of China’s new Five-Year Plan (2021-2025) would have given “the green light for the first dams to be built on the lower reaches of Yarlung Tsangpo river.” According to the Chinese version of the new Plan covering the period 2020-2025 as well as “long range objectives through the year 2035” which was submitted to National People’s Congress (NPC) for approval, “the building of hydropower bases on the lower reaches of the river as among the priority energy projects to be undertaken in the next five years.”

The draft later adopted by the Chinese legislature calls for “a hydropower base on the lower reaches of the river, along with clean energy bases in the upper and lower reaches of Jinsha river,” known as the Upper Yangtze in Sichuan Province.

On the occasion of the New Year, President Xi Jinping called the Communist Party “a gigantic vessel that navigates China’s stable and long-term development;” he stated: “Upholding the principle of putting people first and remaining true to our founding mission, we can break the waves to reach the destination of realizing the great rejuvenation of the Chinese nation.”

As a result, Xi Jinping is thinking big.

The Seventh Tibet Work Forum (TWF), a mega meeting which decides the fate of Tibet for the years to come (to which Tibetans are rarely invited), was held in Beijing on August 28 and 29, 2020. It was a crucial event not only as far it concerns the fate of the Roof of the World, but for the Indian border too.

Soon after, some massive projects were announced; first, the Pai-Metok (Pai-Mo) Highway linking Nyingchi to Metok, north of Upper Siang district of Arunachal Pradesh which should open in July 2021.

After the completion of the highway, the length of the road from Nyingchi City to Metok County will be shortened from 346 kilometers to 180 kilometers and the driving time will be shortened from 11 hours to 4.5 hours. Though only 67 kilometers long, in strategic terms the highway will be a game changer and greatly accelerate the developments of new model villages, and therefore relocation of populations on the border. But more importantly, it will pave the way for a mega hydropower plant (HPP).

In December 2020, The Global Times announced Beijing’s plan to build a cascade of mega hydropower plants (HPP) on the Yarlung Tsangpo.

The Metok County government confirmed that the project would be built north of the Indian border, while The Global Time added: “The head of Power Construction Corp of China (POWERCHINA) suggested the planned hydropower station – which is expected to have three times as much generating capacity as the world-leading Three Gorges power station – aims to maintain water resources and domestic security.”

A series of nine hydropower plants in cascade, producing thrice the amount of electricity generated by the Three Gorges Dam, will threaten the life in the entire North-East region.

But it is not all; already in 2016, The China Daily had reported the construction of a 1,629-kilometer Sichuan-Tibet railway. It has now entered a crucial phase. The railway will be connecting Chengdu in Sichuan to Lhasa; it will be divided into three sections from west to east: Lhasa-Nyingchi, Nyingchi-Kangding, and Kangding-Chengdu. It takes today 42 hours by train and three days by road to travel from Chengdu to Lhasa; the new rail line will shorten the travel time to less than 15 hours.

The Lhasa-Nyingchi section is scheduled to be opened in July.

All this will have incalculable strategic implications for India as the train will pass near the Indian border and the hydropower plant is located just north of the McMahon Line.

Last, but not the least, Xi is planning to start a mega lead-zinc mining project in Huoshaoyun area, in the China-occupied Aksai Chin in Ladakh; according to the Shanghai Nonferrous Metals Network: “In September 2016, Xinjiang geological prospecting made a new major breakthrough. Among them, the Huoshaoyun super large lead-zinc mine has a proven resource of 17.08 million tons, ranking seventh in the world, second in Asia, and first in China.”

Though the two first projects (the HPP on the Yarlung Tsangpo and the Sichuan Railway) are directly affecting India, the last one (the mining in the Aksai Chin) is located on Indian territory.

Further, nobody seems to have thought about the pollution generated by the mines; indeed, t is a great tragedy in the making; moreover for India, the development of the ‘dual-use’ (civil and military) infrastructure by China in the Ladakh sector will take place on a much larger scale than today.

How will the Mandarins of South Block react? They will probably try to keep the information under the carpet as long as possible. But if they wait too long, it may be too late. Remember the Aksai Chin road.

One thought on “The Big One”