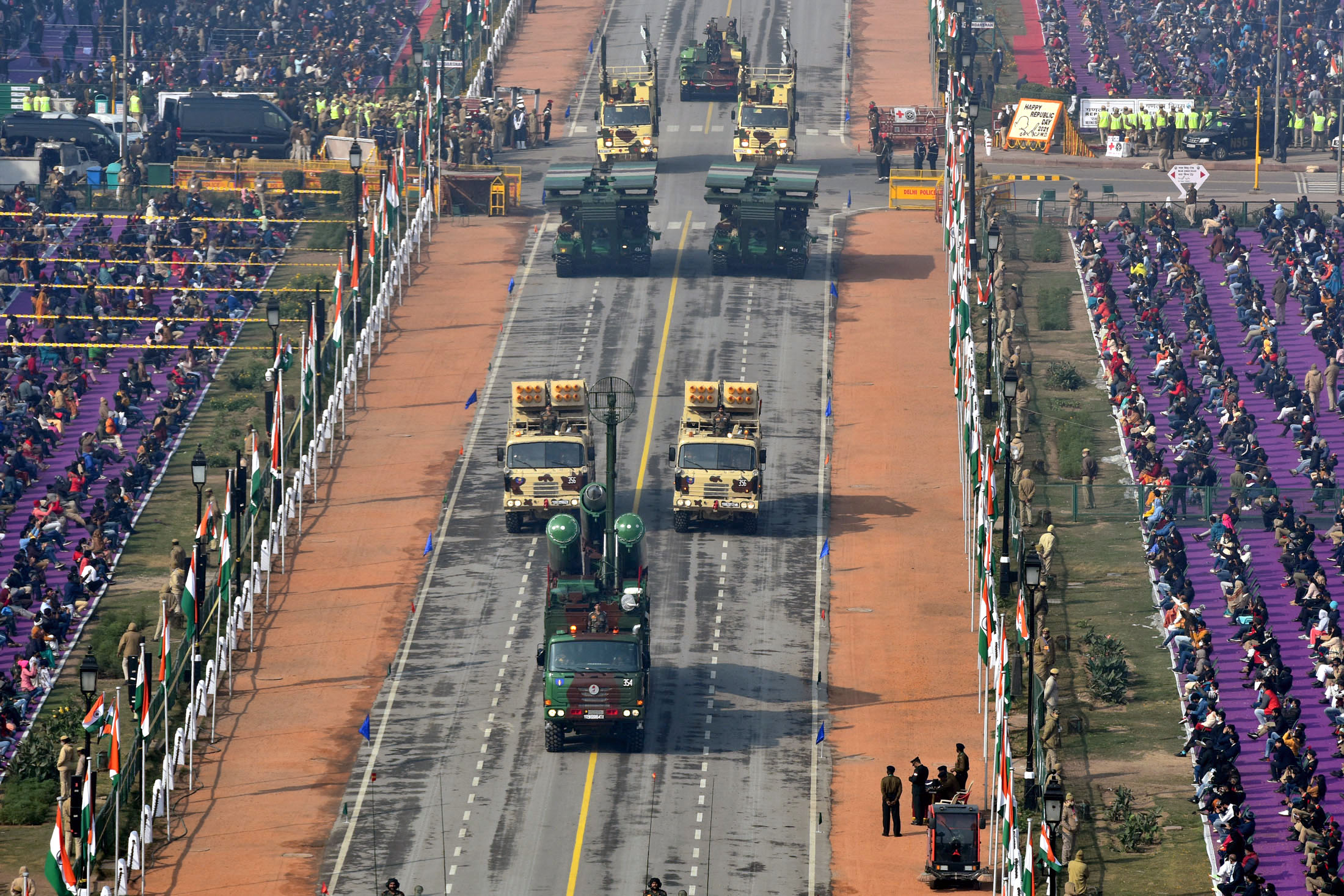 Republic Day celebrations have traditionally been occasions of displaying Indian military might, soft power and national culture. As a tradition, spanning over five decades, it has always had a foreign dignitary, generally a close ally, present on the occasion as the chief guest. This year, British PM, Boris Johnson, who was to attend, declined after having accepted the invitation, due to increased spread of COVID in his country. No one else was invited.

The nation watches the national Republic Day parade with pride, while in every colony, school and hamlet, flags are hoisted to celebrate the occasion. This year there was a difference. The parades in Delhi and state capitals were conducted as per protocol, with COVID norms being implemented. Every year, during the parade, India’s latest military acquisitions are put on display, aimed to convey our growing military might and this year was no difference. Simultaneously, the function this year was used to convey multiple subtle messages across the globe. Nations to whom they were intended for, understood.

The differences this year involved smaller marching contingents, lesser spectators, participation of a Bangladeshi tri-service contingent and announcement of honour and awards for those who sacrificed their lives in Galwan. Each of these were a message to India’s adversaries.

Despite appeals that due to COVID 19 continuing to spread, though slower in India, the parade this year should be cancelled, the Government went ahead. Many countries had postponed celebrations due to the pandemic, but India did not relent. The participants and spectators wore masks as per protocol. The intention to continue with the event sent forth the message that India has brought the pandemic under control.

Gallantry awards, as is the norm, are announced an evening prior to the Republic Day. The difference this time was that the warriors of Galwan, led by Late Col Santosh Babu, were awarded war honours. These were last announced after Kargil. Col Santosh Babu was honoured posthumously with the Maha Vir Chakra and many others with Vir Chakra. This sent a strong message to China. This implied that India considered the Chinese ingression as an act of war.

This despite his citation reading, ‘his column faced stiff resistance from the adversary who attacked using lethal and sharp weapons along with heavy stone pelting from adjoining heights.’ The message further emphasized that the Indian counterstroke, including its occupation of the Kailash Ridge, were war time actions. Being an undeclared war, India remains at liberty to employ force, if considered necessary, to block any further Chinese aggression.

The Chinese understood the message as its Global Times, in an editorial, immediately after the announcement of awards, stated, ‘India’s ceaseless provocative moves (awarding the warriors of Galwan) would leave an impression to the world and also the Chinese people that they have no intention of resolving the border dispute and maintaining peace and stability along the border.’ It added, ‘As winter passes the border face-off is likely to continue, China needs to be wary of India continuing to stir up trouble in areas other than the Galwan Valley and Pangong Tso Lake.’ The message India sought to convey was received. China, fearful of its reputation still fears announcing its casualties.

Foreign armed forces contingents had participated in Republic Day parades on two earlier occasions. The French contingent in 2016 and the UAE contingent in 2017. In both these parades, their leaders were the chief guests. In 2016, Francois Hollande, the French President and in 2017, Mohammed Bin Zayed Al Nahyan, the crown prince of Abu Dhabi were chief guests. It was the first time that a foreign contingent participated, without the presence of the head of state on the dais.

The participation of the Bangladeshi contingent was intended to display solidarity between the two countries as they celebrate the fiftieth anniversary of the 1971 war. China had made multiple attempts to draw Bangladesh away from India and this participation was another failure for the Chinese. China has also been peeved that Bangladesh backed out of their vaccine trials and approved Indian manufactured vaccines. In a series of articles, their Global Times blamed India for the Bangladeshi government’s decision.

Further, by this participation, India and Bangladesh, acknowledge the contribution of the other in their battle for freedom from the tyranny of the Pak army. This is the commencement of the fiftieth year of the 1971 war and there would be other celebrations planned. Pakistan must heed to the demands of the Bangladeshi PM, Sheikh Hasina and apologize for the atrocities committed by its army on hapless Bangladeshis.

To add to enhancing Indo-Bangladesh bonhomie and convey a message to Pakistan, the Indian government announced the award of Padma Shri to retired Bangladesh army officer, Lt Colonel Quazi Zahir, a hero of the 1971 war. Col Zahir had joined the Pakistani Army at the end of 1969 and was serving in a Pak artillery regiment in West Pakistan when the uprising began in the East. When atrocities began to increase, he deserted his regiment and escaped to India.

He was then inducted into the Mukti Bahini and involved in training and subsequently in operations in the Sylhet sector. Since he deserted the Pak army, he was sentenced to death in absentia. As per reports the death sentence still stands. Zahir stated, post receiving the news of the award, ‘It is an honour for me that there is a death sentence issued by the Pakistan Army against me. My family suffered a lot because of Pakistan. My father’s small house in Dhaka was burnt down. My mother and sister were chased by the Pakistani soldiers from their house till they were able to get a refuge.’

By honouring him, the Indian Government has indirectly honoured thousands of Mukti Bahini soldiers who fought and sacrificed their lives. The participation of the Bangladeshi contingent and the honour of the Padma Shri to Lt Col Quazi Zahir is a rebuke to Pakistan and conveys that Indo-Bangladesh ties are strong. It also reminded Pak of the insult it suffered when over 93,000 prisoners surrendered to the Indian army in defeat.

This Republic Day was effective in conveying to China that India is in a state of war with it. It also sent forth the message that the subcontinent would never forget Pakistan’s atrocities on the innocent people of Bangladesh. Any additional message was that any military misadventure by Pak would meet the same fate as in 1971.