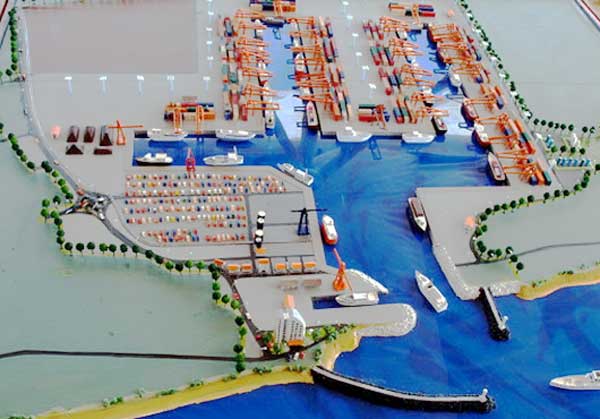 In the run up to the First World War, Germany pursued a combination of overbearing diplomacy and brinkmanship to achieve policy goals, despite the risk of war. Demanding a review of the international order that would confer on it a dominant political position in keeping with its self-perceived economic and military prevalence, Germany saw little issue in war being a natural corollary to its creating crises and then manoeuvring through them. In the event, the security tolerance of rival powers was persistently stretched. And, when war did break out, it was fought with military ineptitude and an inability to match military design with political purpose. An observer of contemporary geopolitics cannot fail to notice similarities in the circumstances of China’s dazzling economic growth, military build-up, and its 21st century realpolitik instincts.

The world, from an era of multipolar uncertainty, has moved to what may be termed’penumbric competition’ – conflicts that lack definition, the nature of which is rivalry between major powers over mercantile domination. Today’s realist international relations theory holds that in an anarchic world with no sovereign to provide law and order, states will tend to find security in as much relative power as they can amass at the expense of competitors. Instruments of influence may be financial inveiglement, military coercion, or provoking and exploiting instabilities. Revisionist China is today an avowed devotee of just such strategic logic where a global economic order governed by rules not of its bidding is repugnant.

China has announced sweeping claims to sovereignty over the South China Sea (SCS) in flagrant defiance of existing international laws and conventions. A network of Chinese naval bases, port infrastructural developments and atypical shipping control centres has been secured from SCS to the East African Coast. Historically and in terms of contemporary significance to the existing maritime flow of trade, these facilities are of no weighty consequence. However, from a geo-strategic standpoint, they suggest springboards to challenge unwelcome maritime control presence rather than mercantile ascendancy. Chinese investments in the Indo-Pacific have thus far resulted in either generating equities or enmeshing the victim states in a debt trap that force them to surrender sovereignty over assets being created. Learning from the colonial experiences of the eighteenth and nineteenth centuries, China has put in place a strategy that emphasises superior organisation, technology and unscrupulous financial mobilisation to exploit the weaknesses of the host state, regardless of friction that may erupt.

Both India and China in their quest for growth with security must find ways and means to avoid threatening each other’s interests (as is happening) and advance the nous for security even if that implies establishing a ‘restraining balance’. In the past, leadership coped with the challenge more by knee-jerk rather than policy responses. In the changed circumstances of India’s ‘Act East’ and ‘Neighbourhood First’ policies, a more sophisticated response is necessary. A scrutiny of the problem from two distinct levels of strategic policy and military force will precipitate several questions, answers to which hold the key to the future. First, from the strategic viewpoint, is India focusing on the centre of gravity of China’s power and mercantile ‘putsch’? Second, from the military perspective, would India’s forces, either singularly or in alliance, be able to balance Chinese military activities prejudicial to its interests? Clearly the answer to the first is that China’s compulsion is for unremitting growth, while to the second, the answer lies in developing a ‘China restraining strategy’ best tempered by an appropriate alliance.

The slowdown of China’s growth (some estimates puts it as low as 5.6 per cent), trade war with the US, and ASEAN countries eyeing markets and resources elsewhere as demand in China falters suggest an adverse impact on China’s current military modernisation and strategic infrastructure plans. The other problem that may hobble China’s ambitions is the amount of debt in the economy – by some estimates, close to 300 per cent of GDP. Two options present themselves to China’s planners as they attempt to manage these predicaments: retard pace of projects, cut back on military modernisation and strategic infrastructure-building, and accept a moderation of Xi’s “dream of national rejuvenation, securing expanding interests overseas and developing capabilities to degrade core operational and technological advantage that influence the region.” Or, having long characterised the initial two decades of the 21st century as a period of strategic opportunity, China may opt to chase down its strategic objectives with greater vigour even at the cost of international friction and disruption of internal conditions.

In either of the two options, the development of the Quadrilateral Security Dialogue (Quad); a security organisation including the US, Japan, India and Australia, must be viewed as a timely ‘China restraining alliance’ to counter its unrelenting surge for an exceptionable proprietary mercantile empire stretching across the Indo-Pacific. The charter of the Quad is yet to be fleshed out, but conceivably, it will have three objectives. First, to reinforce a rule-based regional order. Second, to promote a liberal trading regime and freedom of navigation for passage of close to 60 per cent of global trade through the Indo-Pacific, and third, to provide security assurances.

However, just as machinations from Beijing splintered the Quad at inception, the entente faces similar fragmenting stresses that threaten the whole. India is locked in a long-standing border dispute with China. Similarly, Japan has maritime disputes in the South and East China Seas while China’s new Air Defence Identification Zone (ADIZ) provides the recipe for mutual interference. The US is engaged in a self-destructive move to renege on its larger strategic responsibilities; Australia, on the other hand, depends on China for approximately 22 per cent of trade. And there are China’s assignees, the maverick, nuclear-armed states of North Korea and Pakistan, whose disruptive influence cannot be set aside. And yet the opportunity that the current state of China’s economy presents must be grasped if the Quad is to have ready impact.

The question is, does the leadership recognise that Chinese realpolitik is at play and that only a determined system based on pragmatic rather than ideological considerations can confront it? The current moves by Japan, US and India to develop Trincomalee in Sri Lanka to stave off China’s aggressive push in Hambantota will suggest that the entente has not been altogether unsighted to events in the region.