Women Officers in the Indian Army: A Reality Check 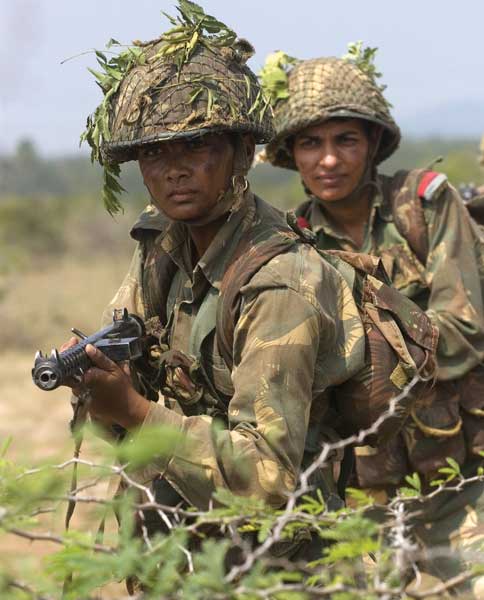 Employment of women officers in the Indian Armed Forces is no longer an issue to be trifled with. Their track record in the areas of expertise that they have been employed in so far clearly indicates they have performed admirably and in fact, evinces a great degree of confidence in the organisation. Their employment as SSC officers effectively fills the void of officer shortages at the cutting edge and must be reinforced. The policy of their employment, however, must be enunciated unambiguously so that they are aware of future prospects and what their genuine and legitimate expectations must be. Terms and conditions to include career management, enhancement, postings, privileges and constraints must be spelt out clearly and explained prior to their signing on the dotted line at the time of joining, lest there be any disappointment at a later stage. This will also prevent unnecessary litigation.

Women have been part of the Armed Forces Medical Services since Independence. A Women’s Auxiliary Corps existed during World War II, wherein women were enlisted as telephone, teleprinter and cipher operators. However, it was only in 1992 that the Indian Army started its Special Entry Scheme for women officers. Since the last two decades, women constitute about three per cent of the strength of the officer cadre in the Indian Army.

The women officer scheme was approved by the Government initially for a duration of five years. The first few batches were inducted into the Services, with the Army Service Corps (ASC) and Army Ordnance Corps (AOC) receiving the major share, followed by the Army Education Corps (AEC) and the Judge Advocate General (JAG) Department. The scheme was extended for a period of five years in 1996 and women officers were inducted into the Corps of Engineers (Engrs), Army Air Defence (AAD), Corps of Electronic and Mechanical Engineers (EME) and the Intelligence Corps (Int). So far, however, women have not being commissioned into combat arms such as the Armoured Corps, Mechanised Infantry or the Infantry.

The earlier terms of engagement required them to serve for a period of five years, extendable by another five years and a final extension of four years. In July 2006, this was amended to an initial service period of ten years with a four-year extension. In September 2008, the Government approved the grant of Permanent Commission (PC) prospectively to Short Service Commission (SSC) women officers to be inducted in the Judge Advocate General Department and Army Education Corps.

To start with, women officers were being commissioned at the Officers Training Academy (OTA) after having been imparted condensed capsule training, which was primarily to prepare them for a five-year tenure. The pre-commission training has been progressively increased from the initial 24 weeks to 49 weeks bringing the lady cadets on par with their male colleagues and they graduate as Short Service Commissioned Officers (SSCO). The training at OTA is common for all except for some physical standards that are pegged lower for lady cadets based on internationally recognised physiological norms.

As of now, the women officers undergo arm and service-specific courses as applicable to male SSCOs. However, if granted PC in a particular Corps, they will also be given an opportunity to appear for applicable professional courses during their service without any gender discrimination.

Every now and then, a woman officer of the Defence Services goes to court on a case relating to her terms and conditions of service, sexual harassment or discrimination. There are endless debates by think-tanks in seminars and in panel discussions by the media to deliberate upon whether women should be granted Permanent Commission or be permitted to take part in combat or allotted additional vacancies to make up for shortages in the Armed Forces. Emotions run high and logic is often sacrificed at the altar of popular public opinion. Unfortunately, doubts linger and queries of the common man, though genuine, are never answered satisfactorily.

The basic framework is that the Armed Forces need to be agile, modernised and be prepared for future conflicts…

Let us set the record straight as far as the capability or competence of women officers is concerned. Most women officers are indeed very capable and have proved to be assets in a variety of tasks assigned to them. But it is generalisations like this one that tend to obfuscate the stark truth of their sustained suitability in each and every role the army is expected to perform. There are three or four salient issues such as combat roles, cadre management, Permanent Commission and specific gender-related issues that require the attention of the decision makers as they set policy directives regarding the role of women in the Armed Forces.

At the Republic Day Parade, the first ever march past by an all-women contingent of the Armed Forces generated much excitement and applause. The ladies had rehearsed and prepared well. It certainly was a proud moment and another step towards women empowerment. The media and selective NGOs took a cue from this event and the familiar demand of women to fight shoulder-to-shoulder with troops in battle rang out once again. The atmosphere gets surcharged on TV and at other such debate as logic and reasoning get clouded by high emotion. Mythological goddesses and historical queens are quoted as saviours of good from evil and objectivity in the current context is often lost sight of.

In peacetime, suitable arrangements can be made for women officers to work with dignity according to recognised norms of society. However, in difficult conditions during training exercises and operating in war or conflict situations, is an entirely different experience. Operational tasks involve close proximity and physical contact with soldiers on a regular basis. Fatalities and injuries are commonplace in battle and witnessing these at close quarters is often unpleasant to say the least. Hazardous assignments in high altitude areas require immense physical strength where the requirement is to lead the men without becoming a burden for the success of a mission.

Be it climbing higher, crossing difficult obstacles, traversing longer distances self-contained or surviving in adverse climatic and terrain conditions on a regular basis, an officer as a leader has to be equal in all aspects if not better than the men he or she commands. It is a biologically established fact that women would be manifestly challenged in physical and physiological aspects and will be seriously hampered to lead soldiers into battle. In Siachen, for instance, there are posts where there is only enough space to snuggle in four to five men in a bunker. In extreme conditions, even basic amenities such as toilets and bathing facilities are not available. One has to live in such detached posts for months before a turnover is scheduled.

Movies and reality shows on TV channels such as AXN might depict women in duels and challenges involving high risks, but that is where the similarity ends. The real world is a lot different and life over a sustained period in the combat arena can be excruciating. As commanders in a combat role, women officers will have to lead missions into battles. It can be stated without apprehension that when it comes to physical combat with the adversary, the performance of women officers in actual combat conditions is likely to be comparatively lower than their male counterparts. However, this is not related to other segments of military activity such as planning and support.

The possibility of being captured by the enemy and tortured also figures high on the list of concerns. Whereas several women have tried to justify that they are mentally strong to withstand such trauma, the society as yet is unprepared to accept the idea of women being held hostage by the enemy. Whether one acknowledges or not, chauvinism in male soldiers will not permit them to endanger the life of a female colleague where there is a chance of her being injured, killed or taken hostage by the enemy. Culturally, the safety and security of women in any environment is a widely accepted concept despite equality sought by groups seeking women’s emancipation and liberation. In the Indian context, society is least prepared to hear of a woman officer made Prisoner of War and languishing in a prison in Pakistan or China. Even though it may be a natural phenomenon during war, the capture of a lady officer is bound to be rather demoralising. Most armies of the Western and Asian countries do not permit women in combat roles except a few Scandinavian countries where there is a generally peaceful environment. Israel is the only country that allows partial induction of women into combat roles on a voluntary basis. Another fact to mull over is that many of these armies have women soldiers too, which is not the case in the Indian Army.

4 thoughts on “Women Officers in the Indian Army: A Reality Check”