Women in the Indian Army 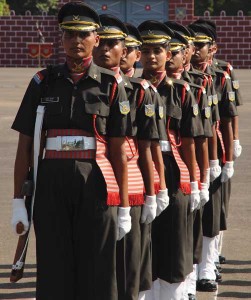 The Profession of Arms

The soldier is not a civilian with a different job; the former is held to higher standards than most outside the Army can ever comprehend. “An army exists to advance by force or the threat of force civil policies that cannot be advanced by civil methods”. The profession of arms is the only human endeavour wherein inflicting utmost destruction and maximum deaths are it’s raison d’etre, the means, and the end. This unique and peerless feature of the Army is contingent upon it having certain distinguishing traits and characteristics at the personnel, organisational and systemic levels.

It is incumbent for all in the profession of arms to possess and enhance those traits essential for success in war (manhood–in-action). They are: valour, vigour, boldness, fortitude, vigilance, alertness, unflinching courage in the face of enemy, generosity and lordliness as exhorted in the Bhagawat Gita: “sauryam tejo dhrtir daksyam, yuddhe capya palayanam, danam isvara-bhavas-ca, ksatram karma svabhava-jam”; XVIII-43. “A soldiers greatest weapon is aggression”.

Defence Minister of those times, Sri Krishna Menon playing ducks and drakes with Army’s top brass, packed the senior posts in the Army with “his men” leading to the then COAS submitting his resignation in protest.

It is also absolutely essential that all in the Army possess and maintain the essential standards of physical strength, fitness and stamina at all times.

The Army ‘way of life’ demands in every individual the capacity to disregard and sacrifice personal convenience and comfort(s), capability to endure extremely adverse conditions and yet uphold the spirit and will to win. “Hardships are best borne in silence and the ability to do this is a real soldierly virtue.”

The Army is sworn to perform @24x7x365, as a cohesive entity. Individual roles and capabilities and knowledge of the same amongst each other is critical to their effectiveness. Further, the capabilities and calibre of the leaders (the officers) be such that the soldier reposes absolute faith and trust on the former.

Unlike any other human organisation, the work-life needs of the Army necessitate a masculine subculture which functions upholding the highest standards of discipline and strictly adhering to a formalised and inviolable ‘chain-of-command’. Further, the unique features of the Indian Army are such that not only are some of the ‘Fundamental Rights’ (constitutional provisions enjoyed by every citizen) denied to its personnel but they are also governed by a set of different laws (seemingly draconian but deemed essential) so as to regulate their conduct.

All the cited attributes exist in the Indian Army, in substantial measures. Though the soldiers are considered to be of modest education and exposure, the Indian Army, with it’s deep and valuable work culture, tradition and system is able to transform a tentative villager, not only into a man-of-action with a sense of purpose and value system, but also imbibes in him commitment to willingly lay down his life for his comrades, his officers, his army, his country. Furthermore, the Army can justifiably be proud of it’s work culture, tradition and system that insulates it from the turbulences, pulls and pressures of the civil society. 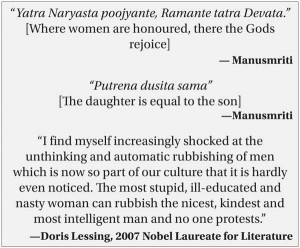 Turbulent Phase. At the time of Independence, it was ironical that among the entire political fraternity, none other than the ‘Apostle of Peace’ (Mahatma Gandhi), had any military experience. Gandhiji having served in the Field Ambulance Corps (during the WW I), had the highest regards for military discipline and organisation. His mentor Sri Gokahale also had believed “… that the Indian Army would in the end do more to India’s progress than any number of Royal Commissions.” Immediately after independence, a strong anti-military lobby emerged, with Gandhiji consigned to the periphery in matters of governance. Their utter ignorance of ‘matters military’, influenced, encouraged, and facilitated the perpetration of ideas and actions inimical to the Army. This resulted in the systematic dismantling of the well established and time-tested ‘systems’ of the Indian Army.

Sri Nehru “took little interest in India’s Army, which he intended, by means of a subtle and conciliatory foreign policy, to avoid using”. These non-military mindsets/ideas/approaches, coupled with a pathological fear about the rise of a “man on horseback”, which the politicians and administrators nurtured, led to the complete degradation of the internal vitals of the Indian Army. Things came to such a pass that a Defence Minister of those times, Sri Krishna Menon (accused as an erratic and irascible personality and Mr. Nehru’s close friend) playing ducks and drakes with Army’s top brass, packed the senior posts in the Army with “his men” leading to the then COAS submitting his resignation in protest.

Thus the thoroughly degraded ‘organ’ (the demoralised Army) could not ‘perform’ when the need arose (the Sino-Indian border conflict of 1962). Yet, the Army gave an excellent account of itself in Ladakh. But in NEFA, the humiliating defeat of the Fourth Indian Division which had been described as “incomparable” by Field-Marshal Slim during the WW II, symbolised the destruction of visions of India’s grandeur. Though labelled as a military debacle, it was more a “political debacle” as is evident from the fact that the ‘Henderson-Brooks Report’, to this day is classified, even though a Defence Secretary in 1978 and a Raksha Mantri during the late 90’s had urged that the report be released.

When professionalism was restored and the internals were re-vitalised, the Indian Army displaying unmatched professional competence achieved a spectacular military success in 1971 by dismembering Pakistan.

When professionalism was restored and the internals were re-vitalised, the Indian Army displaying unmatched professional competence achieved a spectacular military success in 1971 by dismembering Pakistan and creating Bangladesh. By this outstanding ‘feat of arms’ the Indian Army earned a permanent niche in the annals of military history the world over.

In the early nineties of the last century, Punjab and J&K were restored to the nation by the Indian Army. This was after the corrupt and venal civil administrator(s) and the political chicanery of the ‘rulers’ had set in motion a process which nearly culminated in these two states seceding from India. Likewise, the North-Eastern states were held together and kept as a part of India during the “dangerous years”, “not by the provisions of the Constitution nor by the capabilities of the civil administration”, but solely by the Indian Army.

No wonder, tremendous goodwill for the Indian Army exists in India so much so that it tops the confidence chart among the Indian public as the most respected institution for “putting national security and (national) welfare above its own”.

Current Concerns. It should be a matter of concern to all ‘concerned’ when alleged slippages in the ‘system(s)’ of the Army are reported such as : rise of hedonism at all levels, marketing and merchandising of the Army with hyped advertisements as if it were some tourist package (solely highlighting pay, perks, privileges, adventure, excitement and the thrill factors), creation and perpetration of a hierarchy based ‘class system’ among the officers and the resultant disconnect among them, dissonance among the top brass, allegations and counter allegations regarding conduct of operations, the disquiet and the disruptive effect of women officers in the Army and so on. Are these merely “anchor-driven formulations and views” with sms, “tweets and blogs as props” for frenzied TV channel debates and opinion polls?

It is alleged that among the three services, the physical standards laid down for the women officers were lowest in the case of the Army; even lower than for the police!

Or, are these manifestations of a deeper malaise afflicting the Army, capable of dismantling the well-established cohesion, regimental spirit, morale and fighting potential of the Army; a la a throw back to the turbulent phase cited earlier. If it is, it would be a tragic irony, in that this time around it will have only itself to blame and it may take a long haul to bring things to an even keel, if at all.

Women in the Indian Army

Save the case of women officers in the Army, all the other alleged ‘slippages’ are matters which are to be addressed ‘in-house’ adopting the ‘top-down- zero-tolerance’ approach.

However, the issue of women officers in the Army being in the public domain, this article addresses the impugned issue.

It is a fascinating paradox that the issue is a ‘self goal’ (due to the “skewed” decision) by a service chief of the past. An unsavoury question has to be faced. Was it a case, as Norman Dixon had suggested in his book “Treatise on the Psychology of Military Incompetence”, that senior Army officer(s) has to pander his alter ego? Or was it an error in judgement, that the era of wars and military engagements had come to an end and the role of the Army in future would only be for peacekeeping and humanitarian missions, stability and support operations; hence why not make it bisexual! Yet another uncomfortable question is:

Does the ‘I’ in India stand for Imitation? A number of western military terminologies, concepts, dressing patterns, customs – the throwing up of the head gear on commissioning of officers; an inanity- and so on have unabashedly found their place in the Indian Army; was the case of induction of women also, one more imitation?

What-ever be the answers, it was a monumental disservice to the Army and a violation as is evident from the experiences and feedbacks on the issue. Mildly stated, it had been a case of “speech preceding action and action preceding thought”!

Col MN Gopakumar ws commissioned into the GRENADIERS in 1974 and was transferred tothe Intelligene Corps in 1986.

2 thoughts on “Women in the Indian Army”