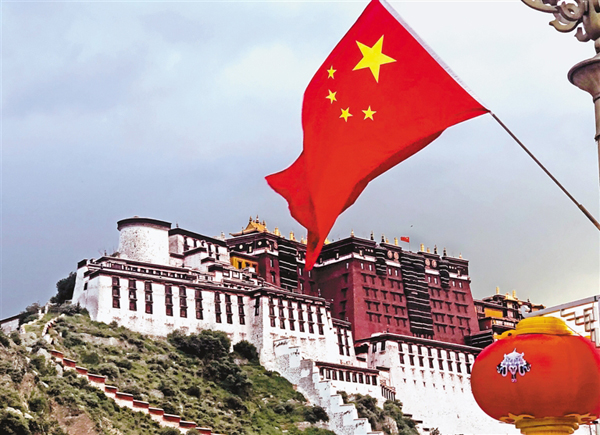 But who is X Dada?

A few years ago in China, a song went viral on the internet; showing the growing personality cult around President Xi Jinping or ‘Xi Dada’ (Uncle Xi).

Xi was painted as a strong, wise, great leader (‘The People’s Leader’ in his new avatar, equaling Chairman Mao) “who is decisive in acts and is serious in all his work; no matter whether it’s flies or tigers, monsters and freaks, he will get all of them down and never let them go,” said the song. It referred to the high and low-level corrupt officials that Xi Dada has been sending to jail.

He was even the perfect husband: “If you want to marry, marry someone like Xi Dada, a man full of heroism with an unyielding sprit; no matter how the world changes and how many difficulties lie ahead, he will insist and keep moving forward,” said the lyrics.

A visit to Nepal?

Now, it has been rumoured that Xi will soon visit Tibet and Nepal.

The visit to the former Kingdom may pause problems.

According to The Annapurna Express, a Chinese delegation lead by Foreign Minister Wang Yi was not pleased when it visited Kathmandu last week: “It had come to Kathmandu to prepare the ground for President Xi Jinping’s much-discussed Nepal visit. But neither could it get the Nepali side to finalize the BRI projects Nepal wanted China to help with, nor was it assured about the ‘security preparations’ for Xi’s trip.”

Worse, possible protests in Nepal by pro-Tibet activists or the local Muslim community over China’s treatment of its Uighurs could be expected, it was reported.

The Nepali newspaper continued: “The Chinese delegation would not have been reassured by the small protest in front of the Chinese Embassy by a group of women, on whatever pretext, when it was in town. This is perhaps the first time that there has been a public protest in front of the Chinese Embassy during the visit of a high-level dignitary from China. The Chinese were left wondering: Even with its supposedly foolproof preparations, how could Nepal Police have failed to guard the embassy periphery?”

What about Xi’s visit to Tibet to ‘celebrate’ the so-called the emancipation of the Tibetan serfs, sixty years ago. I have often written about this during the past few months. It is a cruel joke on the Tibetans who were massacred in March 1959 and the Dalai Lama who had to flee his country.

A development probably linked to a probable visit of Xi Dada to the Roof of the World, is the press conference given by Wu Yingjie, Tibet Autonomous Region’s (TAR) Communist Party of China chief and Che Dhala, chairman of the regional government at the State Council Information Office on September 12 in Beijing.

Both took questions from the Chinese and foreign media.

On the side of the press conference, artists told the story of King Ling Kesar, a 11th century Tibetan hero “who defeated enemies on horseback and helped to save his people (i.e. the masses).”

An exhibition was also organized on the site and Tibetan “cultural and creative products and specialties” were displayed.

The press conference was said to ‘celebrate’ the 70th anniversary of the founding of New China.

Incidentally, 70 years ago, all the Chinese living in Lhasa were thrown out by the government of the then independent Tibet (and repatriated via Chumbi Valley and Kolkata). This has obviously been forgotten by Xi’s China.

Hu Kaihong, director of the Information Bureau of the State Council Information Office, presided over the press conference.

Wu Yingjie gave his usual lecture: “Tibet is a special frontier ethnic region and is known as the ‘Roof of the World’. It is an important national security [border with India] and ecological security barrier, an important strategic resource reserve [water and minerals], a plateau living on agricultural products and an important cultural reserve of Chinese national characteristics.

Wu elaborated that Tibet is an important world tourist destination and an important channel for opening to South Asia.

Does it mean that Wu wants to start opening trade routes with India, at a time when even Nepal is lukewarm?

Does it mean that now as the ‘border is stabilzed’, people could circulate freely from Tibet to South Asia? It would be interesting!

Wu continued his tirade: “The Party Central Committee has always attached a great importance to Tibet’s Work. After the founding of the People’s Republic of China, our party adopted a series of major policies for Tibet. The Party Central Committee held six Tibet Work Fora. Each forum introduced major measures, which have effectively promoted Tibet’s economic development and promoted Tibet’s social stability.”

Stability has been all the Chinese leaders’ leitmotiv whenever they speak about Tibet.

Wu explained that since the 18th National Congress of the Communist Party of China in 2012, General Secretary Xi Jinping has always shown concern for Tibet and the people of all ethnic groups in Tibet, “creatively inheriting and developing our party’s theory of governance for Tibet’s economic and social development and long-term stability.”

The Party boss in Tibet reiterated Xi’s often-repeated slogan “for governing the country, one must rule Tibet and to rule Tibet, one must look at the border first”.

Wu reminded the journalists that Xi himself presided over the Sixth Central Tibet Work Forum and “delivered an important speech, clarifying the guiding ideology, objectives, tasks, important principles and focus of Tibet’s work in the new era.”

Xi is said to have formulated “a series of special preferential policies, planned and implemented a large number of key projects, and raised the important strategic position of Tibet’s Work in the overall work of the party and the state to an unprecedented height …and injected a strong momentum.”

Wu Yingjie praised Xi Dada again and again: under the strong leadership of the Party Central Committee with Comrade Xi Jinping at the core, “we adhere to the guidance of Xi Jinping’s new era of socialism with Chinese characteristics and carry out the Communist Party’s 18th and 19th National Congress and the 6th Central Tibet Work Forum.”

It is doubtful if the journalists present understood what he was saying, but it was not the purpose of the press conference.

Under the leadership of Comrade Xi, “Tibet should firmly grasp the correct political direction, resolutely safeguard the motherland’s reunification and national security, continue to promote economic and social development, focus on improving people’s livelihood, unite people’s hearts, focus on building beautiful Tibet, do a good job in ethnic and religious work, comprehensively strengthen and improve the Communist Party leadership, and rely on all ethnic groups.”

Wu further asserted that the cadres and the masses “have promoted the prosperous and comprehensive progress of all undertakings, and achieved historic achievements and historic changes.”

That is a new Tibet that Xi will visiting.

In these circumstances, why China is so shy to open its borders with India and allow fact-finding delegations from Dharamsala to visit Tibet, like Deng Xiaoping did in 1979/80?

And let the Dalai Lama visit his now-happy native land!

But the reality is probably different from the propaganda.

Here is an extract from one of my book (‘Tibet: The Lost Frontier‘)

The Expulsion of the Chinese from Tibet

The remarkable feature of the expulsion order was that this secret had not leaked out of the Kashag Office. It was a record of sorts for a small village like Lhasa.

However the Chinese were expelled with courtesy and a band accompanied them until they were outside of Lhasa.

The cable that Nehru sent to the Political Officer in Sikkim demonstrates the position of the Government of India vis-à-vis Tibet in 1949 and makes interesting reading:

2. Their wholesale expulsion will naturally be regarded as an anti-Chinese rather than anti-Communist move. And the Government of India, by letting them into India without any travel papers in contravention of all passport regulations, will be regarded as privy to this move.

Nehru was ready to help to a certain extent when he informed the Political Officer in Sikkim that “there are many difficulties in the way of the Government of India receiving and looking after these suspects. Nevertheless, in view of our friendly relations with the Tibetan Government, we are considering the possibility of giving them passage. We would be gravely embarrassed if they stayed in India.”

He concluded by suggesting: “The Tibetan Government are the best judges of their own interests but to us it would seem unwise on their part to take any steps which in effect mean the forced discontinuance of the Chinese Mission in Lhasa.”

It is clear that a few months before the Fateful Year, the Government of India, “in view of [its] friendly relations with the Tibetan Government”, was ready to help Lhasa with its security concerns. Not only did Delhi treat Tibet as an independent entity, but the Government of India accepted that they were the best judge of their problems.