Will the Bali meeting reduce Global Tensions and Rivalry? 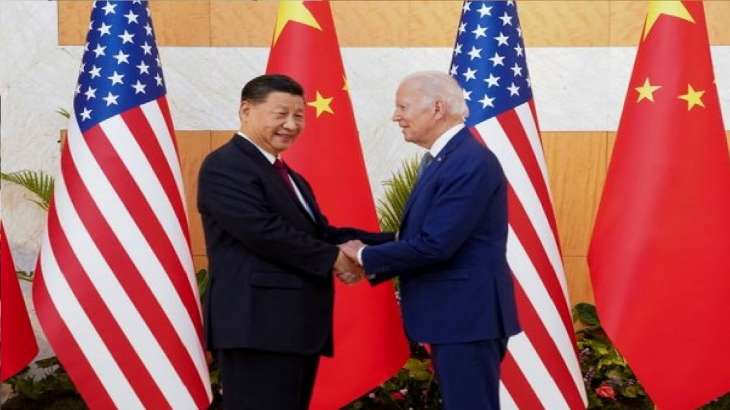 President Biden and President Xi met in Bali for more than three and a half hours to discuss global and bilateral issues. They were attending the G-20 Summit. The press had reported before the commencement of the meeting that the top leadership of the world’s two most powerful states might find time to meet on the sidelines of the G-20.

The two presidents have met with renewed home support for their policies and initiatives. President Biden was happy that his party’s candidates had retained their seats in the midterm Senate election. He is sure that the Republicans will support his policies because those of the Republicans who are called hardliners on China policy have been sidelined and the path is now smooth for Biden. This gives him space for enunciating his ideas of world peace.

President Xi Jinping also proceeded on a foreign visit for the first time after winning the rare third-term approval by the 20th National Congress of the CCP. His continuation for the third term was a foregone conclusion because there was no rival candidate and if there was one, he had been sidelined. When in 2018 President Xi brought the amendment to the Constitution that a president’s tenure could be extended beyond two years, it was obvious that he was paving the way for his third term as president. That did happen.

No joint statement has been issued after the two Presidents met and discussed issues in Bali. All that we know is what trickled down from either the press conference or the direct statements by the two. Whatever has come in the print is the exchange of sweet words and sweet dreams which are the wont of political jugglers. People wanted a clear and firm commitment on some issues which have bearing on the life of people all over the world. The foremost among these are the fighting and bloodshed in Ukraine, the repeated threats of nuclear warfare, the food and energy crisis, the culture of wars by proxies, the climate warming issue, the arms race and many other curses to fight against.

Notwithstanding what was discussedin the bilateral talks behind the curtain, what has come in the press does not speak of much optimism. Of course, both leaders have repeated the nuclear rhetoric that a nuclear war should never be fought and will never be won.  But no formal commitment to that purpose has been made.

One of the main issues that have vitiated the relations between China and the United States is Taiwan. President Biden was excited to hear from Xi that China had no intention of attacking Taiwan and would like the status quo to be maintained provided there is no interference in the internal matters of Taiwan. Biden repeated the words of Xi but he did not say that the US would not cross the red line set forth by China. In a simpler way, one can say that China told Biden, “Mr President, mind your affairs at home and elsewhere and forget about Taiwan.” So the concession has come from Biden because he did not repeat his vague threats that the US would do all it can to support the independence of Taiwan. Xi told him in no ambiguous words that Taiwan’s independence was not at all compatible with the situation around there. What does that mean? It means China will never allow the independence of Taiwan to come about what may.

China hinted at the mindless act on the part of the US in asking House Speaker Pelosi to visit Taiwan. It resulted in a full-dress military and air force drill of China around Taiwan.

President Xi did not mince words and said there are and will be differences in ideologies, ways of life and historical background that result in disagreements between the two countries. He added that one has to learn from these differences and the entire process that follows. This indirectly meant that Xi told Biden that he has to accept that China has its way of looking at things and is not conditioned by the US’ perceptions.

In the Russia-Ukraine war, President Xi did not go beyond repeating the rhetoric we have already alluded to. That prescription is not necessarily only for Putin but for China and the US as well. Nobody is prepared to say that a nuclear war is a solution to the problems that are facing mankind. But Xi’s silence on the US and NATO supplying the most sophisticated weapons to Ukraine to keep the flames of war burning is a sad commentary on China’s friendly relations with Russia.

It was expected that the two leaders might find a way out of the Russian-Ukrainian logjam and bring this immense wastage of men and material to an end. But that has not happened. Russia is an important member of the G-20 and it is expected from the grouping of the members will put heads together and hammer out a solution. We should have all the praise for India which has been trying to talk to the warring countries to find a solution and put the fighting to an end.

Likewise, the Indian Ocean Region is sought to be made an issue by China. The Chinese’s ultra-modern ship equipped with the most powerful spying devices is in the waters of the IOR and also China’s new and sophisticated unmanned tanks that can negotiate plains and heights with equal ease have been deployed by her in the Eastern Ladakh sector. Biden did not feel any necessity to ask Xi to abandon her long-standing policy of clandestine grabbing of land along her borders. It may be an issue between China and India but the international community and the world powers are obliged to address the volatile situation.

Biden indeed disclosed that his foreign minister would be shortly visiting Beijing as the first step towards establishing connectivity between the two countries on bilateral relations. That is good for the two countries and the world at large. But then the improved relations between the two should produce some concrete benefit to the people in other countries also. The element of universalism has not been touched upon by Biden as expeditiously as President Xi has done.

In the final analysis, we don’t think that the meeting of the chief executives of the US and China has succeeded in creating an atmosphere which would bring unadulterated happiness to the people of the world at large and especially those living on islands close to China.  Only the Uyghurs of Xinjiang are not the threatened people; there are others as well and only feeble voices are raised in their support that reaches nowhere.