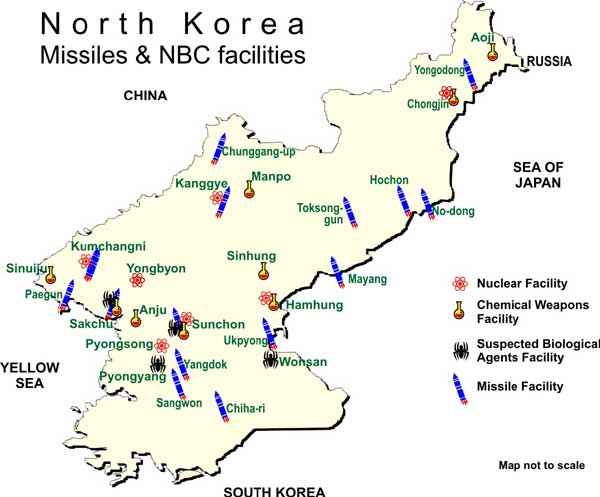 The short and simple answer to the question ‘’Will North Korea Denuclearise?’’ is ‘’Unlikely.’’ This, notwithstanding the assertions that the North Korean leader Kim Jong Un appears to have made in recent weeks about his readiness to do so. The statements attributed to him in this regard are most likely the proverbial carrot that he is dangling in front of his adversaries, particularly the United States, to engage with him seriously and thus enable him to realise his core objectives.

Kim Jong-Un’s statements indicating readiness to denuclearise have capped the frenetic activity that the world has witnessed over the last more than three months. The fast-paced drama, laced with deft and sophisticated diplomatic moves, has been directed and choreographed by none other than Kim Jong Un himself.

It all started with Kim Jong Un’s New Year speech wherein, on the one hand, he declared that he had the whole of the United States covered by his nuclear missiles, and, on the other, expressed his willingness to engage in a dialogue with South Korea and for that purpose send a team to participate in the Winter Olympic Games in Pyeongchang, South Korea, starting 8 February. The olive branch was seized with alacrity by the South Korean President even as the US President blustered that he had a bigger and better nuclear button on his table.

At the opening of the Winter Olympics in Pyeongchang, the North Korean contingent marched together with its South Korean counterpart. The occasion also witnessed the historic hand-shake between South Korean President Moon Jae In with the nominal head of State of North Korea Kim Yong Nam and the younger sister of the North Korean supremo Kim Yo Jong. If contacts between the two Koreas had been limited only to North’s participation in the games, it would not have amounted to much because the two Korean teams have marched together nine times in recent years during opening ceremonies.

North Korea’s participation in the Winter Olympics was quickly followed by the visit of a South Korean delegation led by National Security Adviser Chung Eui-yong and intelligence chief Suh Hoon to Pyongyang on 5 March to explore the possibility of talks. They met Kim who apparently indicated his readiness to denuclearise if the safety and security of his regime were guaranteed. Kim also expressed readiness to hold direct, candid talks with USA and South Korea, and indicated that no fresh missile or nuclear tests will take place until talks are in progress. According to the South Korean team, “the North Korean side clearly showed willingness on denuclearisation in the Korean peninsula if military threats to North Korea decrease and regime safety is guaranteed.” This was not explicitly confirmed by North Korea, which only said that satisfactory progress had been registered in the talks. An April summit between the two Korean leaders was announced, and is now scheduled for April 27 at the Peace House in Panmunjom.

Thereafter, the two South Korean officials travelled to Washington DC to brief President Trump on their discussions. And the latter readily agreed to a direct meeting with the North Korean leader, which is likely to take place in May 2018.

This denouement was quickly followed by an unanticipated four-day visit by the North Korean leader to Beijing towards the end of March. This was Kim’s first visit outside the country since assuming office in 2011 and also his first meeting with President Xi Jinping. Although it was billed as an unofficial visit, it had all the frills and accompaniments of a State visit with a banquet hosted by President Xi and a guard of honour thrown in for good measure. Reports carried by the Chinese News Agency Xinhua and the Korean Central News Agency on the outcome of the visit are somewhat at variance with each other. For instance, Xinhua reported that, according to Kim, “the issue of denuclearisation can be resolved if the US and South Korea respond to our efforts with goodwill and create an atmosphere of peace and stability while taking progressive and synchronous measures for the realisation of peace.” The KCNA report did not contain any reference to “denuclearisation” and said: “The supreme leaders of the two countries exchanged in-depth opinions on significant agendas, including the development of amicable relations between DPRK and China and the issue of managing the Korean peninsula.” KCNA added that Kim’s visit “became a crucial opportunity to expand and develop the friendly relationship between DPRK and China to a new and higher level.”

Developments over the last three months have helped to raise the prestige and profile of the North Korean leader immeasurably. He has led developments on this issue from the front and with sure and deft moves brought them to a position where he appears to be holding all the major cards in his hands. This is a far cry from the situation that prevailed in December 2017 when he had appeared to be completely isolated in the world.

It is reported that the visit to Beijing was made at Kim’s initiative. He appears to have travelled with the confidence that he had achieved most of his objectives by conducting four nuclear tests since coming to power in 2011 (as against the two tests conducted in 2006 and 2009), and by carrying out more than 80 missile tests including the one of Hwasong 15 in November 2017 with a range of around 13,000 kms (as against 16 missile tests in total conducted in previous years). He has thus established North Korea’s credentials as a de facto nuclear weapons power with an arsenal that can hit all parts of USA.

During the last six years, relations between North Korea and China had become increasingly stressed and strained. Kim would thus have considered it an ideal opportunity to mend fences with China and use its considerable support to drive an advantageous bargain for him. Rapprochement between China and North Korea suits China also very well as it helps it to re-establish its pre-eminent position in dealing with the Korean nuclear crisis. China had to face considerable embarrassment when North Korea had conducted its missile tests during the Belt Road Forum in Beijing in May 2017 as well as just before the BRICS Summit in Xiamen on 4 September 2017. A successful visit by Kim has enabled China to emerge as the key and most influential player in dealing with this vexed issue. The visit has enabled Kim to emerge as a more confident and stronger player than he was earlier.

South Korean President Moon has been most uncomfortable with the menacing and intimidating war of words between Kim and Trump over the last one year. South Korea would not like a conflict on the Peninsula under any circumstances. In this, Moon differs widely from President Trump’s approach to the issue. Kim has successfully exploited this difference in approach between Moon and Trump to reach out to Moon and drive a wedge between him and Trump. Kim however also realizes that the safety and security of his regime can be guaranteed only by USA. It is hence necessary for him to engage with Trump. USA would also not like North and South Korea to cut a deal between themselves on the side as it considers itself vulnerable to the nuclear and missile capabilities of North Korea.

Japan finds itself left out from all the hectic parleys. It also faces an existential threat from North Korea and hence would like to have a say in whatever discussions are held to resolve the issue. Japan has been on the same page as the US and taken a hard, tough stand against North Korea. It is wary of adopting a soft approach as South Korea is doing. Abe will hence be travelling to Washington later this month to coordinate his position with the stand that Trump is likely to take in his meeting with Kim next month.

The exact date and venue of the meeting between Kim and Trump is not clear. It is considered that hectic back-channel parleys to decide on these issues are going on between USA and North Korea. Kim has suggested Pyongyang. That is unlikely to be accepted. Beijing has also been mentioned. Americans are unlikely to agree to that venue as well in view of the tense relations between the two countries at the moment. It is unlikely that Kim will agree to travel to any Western capital for the meeting. Some likely venues are Mongolia or a Central Asian country, possibly Uzbekistan. The coming weeks are likely to bring clarity to the issue of venue and dates.

It is highly unlikely and even impossible for North Korea to agree to a complete denuclearisation. In fact, in its talks with South Korea and USA, it is likely to put up front its demands for lifting of sanctions, removal of the 28,000 US troops on South Korean soil, complete cessation of war exercises and games, and removal of THAAD missiles from South Korean territory. In making these demands, North Korea would have the tacit approval and support of China as well as Russia. It would be quite inconceivable for USA/South Korea to agree to any of these demands. It is hence highly unlikely that discussions between Trump and Kim will be able to register any significant headway. The presence of the hawkish John Bolton, the new US National Security Advisor, and the equally hawkish Mike Pompeo, the new Secretary of State, on the Trump team will further reduce the possibility of a significant breakthrough.

Having seen the treatment meted out to Libyan leader Muammar Gaddafi after he surrendered his nuclear arms, it is unthinkable that Kim Jong Un will ever seriously contemplate giving up his nuclear weapons. He will try to drive the hardest bargain possible and be willing to make only small concessions like maintaining some type of a freeze on future tests of missiles and nuclear weapons. In return, he will demand the removal of sanctions as well as fool proof guarantees for his regime’s security and recognition of his country by USA and other western powers.