Will China’s Military Presence and Economic Involvement in Tajikistan Undermine Russia’s Influence in the Region? 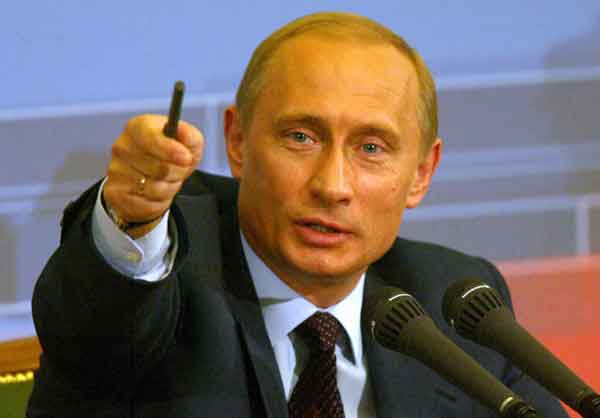 Chinese official media in recent weeks has repeatedly said that Pamir mountains in Tajikistan should be ceded to China.  Chinese historian Cho Yao Lu, in a recent article using Chinese sources says “After the formation of the newest Chinese state (1911), the first task of the authorities was to return the lost lands. Some of the lands were returned, others still remain under the control of neighbouring countries. One of such very ancient regions is the Pamir, which was outside China for 128 years due to the pressure of world powers.[1]”

A member of the Russia-led Collective Security Treaty Organisation (CSTO) and home to Russia’s largest base abroad, Tajikistan is an important transit point for Chinese goods destined for Afghanistan, Pakistan and beyond. During the early phases of US operations in 2001, US troops used the Tajikistan route for their move into Afghanistan

In 2009, the Chinese company TBEA agreed to construct a 200 MW coal power station in Dushanbe. Despite funding conflicts in the first phase of construction, owing to political pressure from President Xi Jinping on the Export-Import Bank of China, the bank provided $331 million to finance the second phase of construction. When construction of the plant was completed in 2018, Tajikistan ended with $331 million as dues to Exim bank advanced on concessional terms. Unable to repay the loan, Tajikistan granted TBEA full mining licenses for two gold mines to cover the costs of construction.[2]

In 2011, Tajikistan’s parliament voted to ratify an agreement to cede 1,158 square kilometers of land in Pamir mountain ranges to China in exchange for waiving a large outstanding debt running into the hundreds of millions of dollars. The details are however not known.

This approach, Tajikistan ought to have realised then that it may ultimately force Tajikistan to yield to China in many other ways including in the matter of the country’s strategic autonomy, sovereignty and integrity besides constraining it economically.

At a time when the US is planning to pull out from Afghanistan, having infiltrated into Tajikistan through the economic route, China in line with its global ambitions  appears to be aspiring to gain more territory in the country, increase its presence and establish itself in the region to fill the void created by US’ departure.

China’s security presence in the Gorno-Badakhshan Autonomous Oblast (GBAO), a strategically sensitive region of Tajikistan is increasing. GABO which constitutes nearly 50 percent of Tajikistan’s territory is located in the Pamir Mountains in eastern Tajikistan and borders the Xinjiang Uyghur Autonomous Region in the east, the Badakhshan Province of Afghanistan in the south, and Osh Region of Kyrgyzstan in the north. Ever since 2016, As per reports, Chinese troops have been patrolling the Afghan corridor from its facilities located North of the Wakhan Corridor[3].

Reports suggest China has constructed two military establishments in GABO approximately ten miles apart near the mouth of Wakhan Corridor in Northern Afghanistan. These establishments consist of buildings, barracks and training grounds. Information obtained from a German mountaineering expedition who were said to have been interrogated by Chinese soldiers in 2016 reveal that the Chinese were patrolling the Afghan Corridor near the settlement of Baza’i Gonbad. Photographs provided by the expedition’s leader showed mine-resistant armed vehicles and equipment embossed with the country’s paramilitary logo[4]. The troops deployed in these camps may belong to China’s paramilitary forces, technically different from China’s People’s Liberation Army (PLA) and operating under the Chinese establishment in Xinjiang (Western Theater Command). China has however denied its presence or patrolling activities in the region.

The facility in Tajikistan offers China a base to carry out surveillance and patrolling activity into Afghanistan’s Wakhan Corridor which could be further reinforced to carryout operations in Northern Afghanistan as and when required.

The Chinese base it seems is aimed at preventing jihadi militants crossing over from Afghanistan into the restive Xinjiang province. Given the 2016 terrorist attack on China’s embassy in Kyrgyzstan by a Uighur suicide bomber, apart from the spillover from Afghanistan, Beijing faces a serious threat from the Central Asian Uighur jihadis returning from Syria and Iraq.

Russia had positioned its border guards on the Afghan-Tajikistan border until 2005. A regiment was located probably as a quick reaction force in the Tajik city of Kulyab, 25 miles from the Afghan border. But Moscow pulled out the regiment in December 2015 and moved it to the capital, Dushanbe, about 200 km further away[5].

China, in contrast has built an outpost, its first, on the Tajik-Afghan border in 2016. In September 2016, the Government directed the State National Security Committee to sign an agreement with the Chinese for the construction of eleven outposts of different sizes and a training center for border guards.

Bilateral Military drills as part of CSTO has been a regular feature in Tajikistan ever since US had decided to withdraw from Afghanistan in 2014. These drills have generally been carried out close to Afghan border in Khatlon oblast which is easily accessible from the Russian military base in Dushanbe. But in July 2018, Tajikistan and Russia decided to go through the military exercises in Tajikistan’s CBAO, signaling a possible Russian unease over China’s interests in the region[6].

China is building an airport at Tashkurgan near the Tajikistan-Afghanistan border indicating China’s intentions to set up and strengthen its position in the area permanently. Established presence in the region will enable China to monitor and control the region, gain influence and be in a position to increase and improve its BRI and Digital Silk Road (DSR) connectivity in Central Asia. It is not clear if the airport is for use by the military or otherwise. In the process, by virtue of its economic and military power China will be in a position to fill the void created by US withdrawal from Afghanistan much to the consternation of Russia which considers Central Asia as its ‘strategic backyard’. Russia realises, once established, it will be near impossible to evict the Chinese from the Central Asian Country.

China has an advantage over Russia in Central Asia. Apart from its ongoing BRI and the Digital Silk Road projects in the region, it has the finances to fund the massive infrastructure and other projects that Tajikistan and the other countries may need. In 2016, China set up a “quadrilateral cooperation and coordination mechanism” with Tajikistan, Afghanistan and Pakistan supposedly for sharing information and counter-terrorism training. Viewed in the geopolitical context, it was an effort by China to assert its leadership role in the region. It is noteworthy Tajikistan has shown little interest to join the Russian led Eurasian Economic Union (EAEU) till now.

One of the poorest countries in Asia, Tajikistan’s Gross government debt amounted to a third of its GDP in 2015, then rose to 44.8% in 2016 and surpassed 50% of GDP in 2017. Over 80% of this debt is to a single creditor, China’s Export-Import Bank. World Bank and the IMF have assessed the country’s state of the economy to be of “high risk” with possibility of ‘debt distress’[7].

In 2007, China’s Zijin Mining acquired 75 percent equity stake in the Zarafshon gold mine in northwestern Tajikistan. China’s other investments in Tajikistan are in Kumarghi Bolo and Duobai Sharqi gold mines in the northern Aini district and investment made by China’s Kashgar Xinyi Dadi Mining Investment Company to develop the Yakjilva silver deposit in the remote eastern district of Murghob.  The agreement signed on June 14, 2019, days ahead of Chinese President Xi Jinping’s visit to Tajikistan to attend a summit of the 27-member regional grouping called the ‘Conference on Interaction and Confidence Building Measures in Asia’, yet another effort to showcase its leadership role in the region has caused concerns amongst Tajik experts[8]. Details of these agreements are however not available in public domain.

The Vahdat-Yovon railway, which will link Tajikistan’s central part with the southern provinces of Khatlon and enhance the overall transportation capacity of the country, was financed by concessional loans provided by the Chinese government.

The construction of Vahdat-Yovon railway was contracted to China Railway Group and the railway went into full operation in 2016. The $72 million project loan was provided by the Export-Import Bank of China (China Exim Bank) at concessional rates. In addition, a $3 billion portion of the Central Asia-China gas pipeline (Line D) was also reportedly financed through Chinese foreign direct investment (FDI)[9]. Tajikistan’s liability towards the project has not been revealed by either party.

In recent months China has aggressively embarked on a mission to grab territory and to assert its authority all over the world. Is it on a similar exercise in Tajikistan to force the country to cede territory in the Pamir region that it has claimed in recent days? Are the Chinese demanding the whole of Pamir in lieu of loan settlement which often involves sovereign guarantees? Tajikistan has already yielded territory in Pamir mountain ranges to China towards repayment of loan. In yet another case mining licenses for two gold mines to cover the costs of construction of coal power station were dished out to a Chinese company. Having come under China’s economic pressure how does Tajikistan intend dealing with debt repayment to Chinese creditors? How would Russia react to such Chinese moves which will undermine Russian influence in the region? Is China trying to bring Central Asia under its area of influence replacing Russia? It is only time that will tell.

4 thoughts on “Will China’s Military Presence and Economic Involvement in Tajikistan Undermine Russia’s Influence in the Region?”