Why India must keep an eye on China's 'Silk Road' project 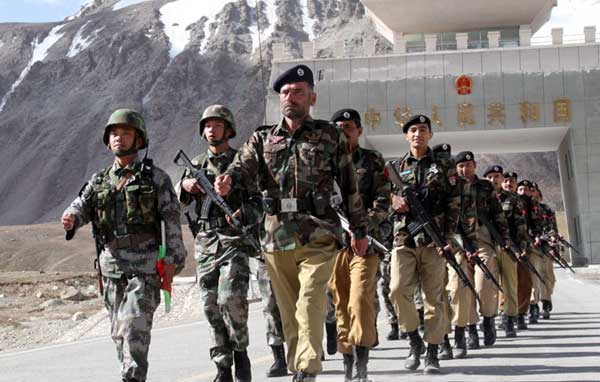 China is planning to hold an international conference on President Xi Jinping’s ‘One Belt One Road’ (OBOR) project (aimed at rebuilding the ancient Silk Road) in May where the presence of world leaders will boost its leadership ambitions in Asia and beyond.

Xi has the dream to make China a global power and wants others to share it, kindled by the prospect of benefiting from Beijing’s investment plans across Asia and the Indian Ocean.

Dreams are by nature disconnected and incoherent, which is why the Chinese have not been able to define the project clearly, referring to it as an evolving concept that would incorporate the ideas of participating countries as it develops.

It is presented as a cooperative project in a bid to delink it from China’s geopolitical ambitions, but it was launched without consultation with anyone, including India.

It remains a Chinese-controlled project as they hold the purse strings.

China has launched this idea to serve its global ambitions and the needs of its economy and expect others to make it implementable.

To artificially amplify its scope, projects already implemented by China to serve its resource and connectivity needs and which were never intended to be ‘public goods’ have been included in OBOR.

China’s oil and gas pipelines from Kazakhstan and Turkmenistan to East Turkestan, and the development of the Gwadar port pre-date OBOR.

Some in India echo China’s line that it is in India’s interest to participate in OBOR as all our neighbours have supported it and our staying out will isolate us.

Others suggest that we skirt the issue of the China-Pakistan Economic Corridor (CPEC) violating our sovereignty by traversing Pakistan-occupied Kashmir (POK) with a formula that satisfies our formal position on the territory with a view to allowing our participation in OBOR.

The stakes for us are apparently too high, as we are in desperate need for Chinese investments in ports and manufacturing.

The argument is also being made that China’s deep involvement in Pakistan’s political success and economic development creates a congruence of interest with India, as it would help stabilise India’s neighbourhood and wean Pakistan away from terrorism.

We are being exhorted to move out of ossified positions and avoid painting ourselves into a corner by opposing OBOR.

China’s global power status is being cited as a reason for India not to be fixated on one or two issues such as NSG membership as that is not an issue of core interest for India.

No wonder Wang Yi has noted in his recent statement that many Indian friends support OBOR. All these arguments are highly questionable.

If NSG is not a core issue for us, why is it one for China, which considers our membership as being against its national interest? China already dominates Central Asia at Russia’s cost. Our neighbours have long played the China card against us and OBOR will be one more, presuming that Sri Lanka’s lesson from opening doors to costly Chinese investments goes unheeded by others.

Our neighbours are not worried about China’s hegemonic ambitions in Asia; they would be more wary of India’s hegemony.

If all the aid showered by the West on Pakistan for decades has not stabilised Pakistan and ended its terrorist affiliations, it is unclear how CPEC — which is a project sponsored by the Pakistani military — will serve India’s needs.

Chinese diplomats in Delhi warn that India will pay a price for not participating  in OBOR. What will be that price?

China will continue to oppose us on NSG membership and Masood Azhar’s designation as a terrorist? It will make more statements on Tawang?

It will give Tibetan names to more counties in Arunachal Pradesh? It will do more military exercise with Nepal and squeeze debt-ridden Sri Lanka more?

It will send more submarines into the Indian Ocean? It will continue to deny us opportunities in its economy and increase our bilateral trade deficit even more?

Presumably if we embraced OBOR we will be rewarded by a reversal of Chinese policies on all these issues.

China will begin investing in India in a big way and build us up an economic power that will compete with them tomorrow in Asia and beyond and challenge them, replaying the naivety of the Americans of empowering China that now seeks to oust them from Asia.

We should just ignore OBOR, except opposing the CPEC, as it represents the vital connectivity between Chinese expansion on the Asian landmass and its plans in the Indian Ocean.

Simply because our companies could get a contract or two here and there is no reason to mortgage our foreign policy to China’s dream. We need not become petulant and raise our fists at China’s initiative.

We should study OBOR to assess its geopolitical implications for our security and our role in Asia.

At the Beijing OBOR show our representation should be low level, only to keep an eye on the proceedings and prepare a report.