Home  >  Spotlights  > Homeland Security  >  Who is tolerant? Ask Kashmiri Pandits whose only eleven families survived after the onslaught

Who is tolerant? Ask Kashmiri Pandits whose only eleven families survived after the onslaught 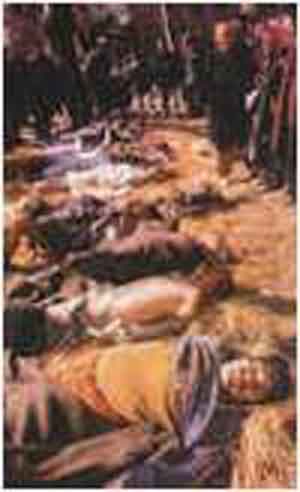 Sadly, the perpetrators were not only Pakistanis but the Muslims in the Valley, who at various points of history were co-religionists.

This phenomenon was not a sign of new kind of intolerance. In fact, Valley has nurtured the same level of intolerance for thousands of years with very brief interludes. 800 years ago, the story was the same.

Col Tej K Tikoo, in his much acclaimed book “Kashmir: Its Aborigines and their Exodus” has written about the decimation of Kashmiri Hindus at the hands of one Sultan Sikandar (Butshikan). This is worst than what Jews went through at the hands of Hitler. Here is the excerpts:

Sultan Sikandar is known to the history as Butshikan, meaning, iconoclast. He was a religious fanatic, the like of whom would put any bigot to shame. In order to achieve his aim of Islamising the complete valley, he took advantage of the animosity between Suha Bhatta, a Brahman, who had recently converted to Islam and renamed himself Saif-ud-Din, and other Brahmans who refused to convert, despite facing serious threat. Sikandar appointed him the prime minister. He also offered positions of pelf and power to new converts in order to consolidate his position. He now roped in Syed Ali Shah Hamadani in his mission to convert the remaining Brahmans to Islam. Hamadani was rather too willing a tool in this mission. All three joined hands to Islamise the valley at the earliest, even if it involved letting loose a reign of terror, the like of which had not been witnessed even during Rinchen’s time.

The imposing and magnificent temple at Martand received his special attention. All his efforts to demolish it, which went on for one year, failed. He, therefore, thought of an ingenious method of destroying it. He dug out stones from its base and burnt wood in the gaps thus created. Even though this hideous treatment failed to destroy the temple completely, it did inflict irreversible damage on the temple. The outer walls were completely destroyed and so were the gold gilded paintings. Its ruins even today fill a lay visitor with awe and wonderment. “Besides Martand, the other temples of note which were either completely demolished or damaged beyond repair included those of Chakradhara, Tripureshwara, Sureshwara, Awantipur and Paraspor. The material of these temples was used for embankments of the city and for laying the foundation of Jama Masjid.” [1]

Sikandar’s assault on Hindus and their temples is best summed up in 17th century Persian chronicle, Tarikh-i-Kashmir, which says that Sikandar “was constantly busy in annihilating the infidels and destroying most of their temples…”[2] In order to establish Nizam-e-Mustaffa and keep his patrons, the Syeds, in good humour, he banned all Hindu celebrations, including playing of music. He went to the extent of banning Hindus from putting on even their customary tilak (a mark worn on the forehead).Hindu religious texts were collected and disposed off by either throwing these into Dal Lake or burying these under the earth.

So many of them were killed that seven maunds (one maund equals approximately 37 kg) of the sacred thread (Janeu) they wore, was collected from their dead bodies…

Among other atrocities heaped on Hindus by Sikandar, were the royal edicts he issued, directing Hindus to either convert to Islam or be prepared to get killed. Many converted out of fear, thousands fled the valley and many preferred to poison or burn themselves to death. So many of them were killed that seven maunds (one maund equals approximately 37 kg) of the sacred thread they wore, was collected from their dead bodies and burnt to ashes. When Suha Bhatta learnt that the Brahmans were fleeing the valley, he had his border guards placed on the mountain passes, where many unfortunate escapees were caught and pushed down from high cliffs to meet a gory death.

Such was the relentless campaign of vicious barbarity, unparalleled brutality and genocide perpetrated by Sikandar on Brahmans that even his accomplice in the process of proselytsing, Hamadani, was moved to appeal to Sikandar to put a stop to such gruesome methods and instead, levy taxes on them in the same way as his co-religionists did in the rest of India.

As a result, he levied a jaziya (tax levied on non-Muslims in an Islamic state) of two pals (about 94 gms) of silver on them. He also introduced an institution of Sheikh-o-Islam, to ensure that the injunctions of Islam are strictly followed. Many Brahmans preferred to go into exile rather than accept conversion, resulting in the first mass exodus of Brahmans from the valley.

Ruins of many grand temples that dot the valley even today speak volumes about their magnificence in the bygone era and stand as mute testimony to the savagery with which Sikander destroyed such priceless work of art. According to Jonaraja, “…Just as fledgling pigeon is surrounded on all sides by crows, so was the king surrounded by Yavannas,[3] who became his retainers, his servants, his favourites and even his relatives.” He further adds, “As the wind destroys the trees and locusts destroy shali (paddy), the yavanas destroyed the usages… There was no city or town, no village or forest where any abode of gods escaped the destruction by Suha Bhatta.”

…only 11 Brahman families were left in the entire Valley.

The level of persecution against the Pandits was such that even the foremost Sufi saint of Kashmir, Nund Rishi[4] was forced to write, “We belong to the same parents; then why this difference? Let Hindus and Muslims (together) worship God alone. We came to this world like partners. We should have shared our joys and sorrows together.”[5]

It is believed that by the time he died; only 11 Brahman families were left in the entire valley. This period is considered to be among the darkest chapters of Kashmir’s history. It is widely accepted by historians that Sikandar allowed himself to be used by the fanatical Sayyeds. The degree of their commitment to fanaticism can be gauged from the fact that “Sayyed Ali Shah Hamadani handed over to Sultan Qutub-u’d-din in the fourteenth century a book named Zakhirat-ul-Mulk, containing 21 most humiliating conditions which a Muslim ruler must enforce upon his non-Muslim subjects, just to let them live.”[6]

[1].    Hasan, History of Kashmir. Hasan, whose actual name was Pir Ghulam Hasan Khuihami (Khuihami, because he belonged to Khuihom — Khuihom is a combination of Sanskrit words, Khrish+Ashrama, which is present-day Bandipore). Hasan wrote Tarikh-i-Kashmir in Farsi in three volumes in circa 1889. After being edited by Moulvi Ibrahim of Khanyar, Srinagar, it was published by Jammu and Kashmir Cultural Academy in Farsi in three volumes. The book, whose Volume II is political history and is considered most authentic, has not been translated into Urdu or English. 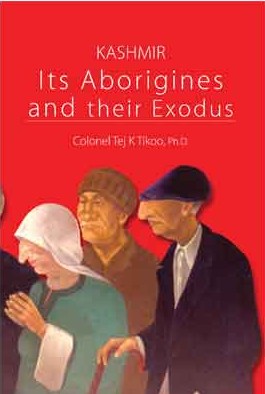 In his introduction to the book, Hasan mentions that his grandfather’s name was Ganesh Kaul. Hasan will certainly rate as the only unbiased Muslim historian of Kashmir. He had met and exchanged notes with Auriel Stein, the celebrated translator of Kalhana’s Rajatarangini. Hasan is the only historian who has tried to trace the missing kings in Kalhana’s Rajatarangini. He claimed that he had laid his hands on a Persian manuscript, a translation of the original Sanskrit or Sharada, of Rajtarangini, done during the reign of Zain-ul-Abidin around 1350 CE.

[4].    Nund Rishi or Sheikh Nur-Ud-din (name given to him by Mir Mohammad Hamadani), was born at Kaimu, near Bijbehara in 1377. A younger contemporary of Lalleshwari, his family had migrated from Kishtwar to Kashmir earlier. His father SalarSanz, had been converted to Islam by Sufi saint, Yasman Rishi. Even at a young age, Nund Rishi’s saintly attributes were quite visible. Finally, he gave up the world and lived in a cave for 12 years. His highly meaningful utterances, full of spiritual insight, spread far and wide and attracted great number of followers. These sayings have been preserved in two volumes, namely Rishi NamaandNurNama.

Nund Rishi exercised and continues to exercise enormous influence on the People of Kashmir. His funeral after his death at a ripe age was attended by the King, Zain-ul-Abidin, himself. His grave at Tsrar-e-Sharief is, perhaps, the most frequented pilgrimage centre in Kashmir.

4 thoughts on “Who is tolerant? Ask Kashmiri Pandits whose only eleven families survived after the onslaught”