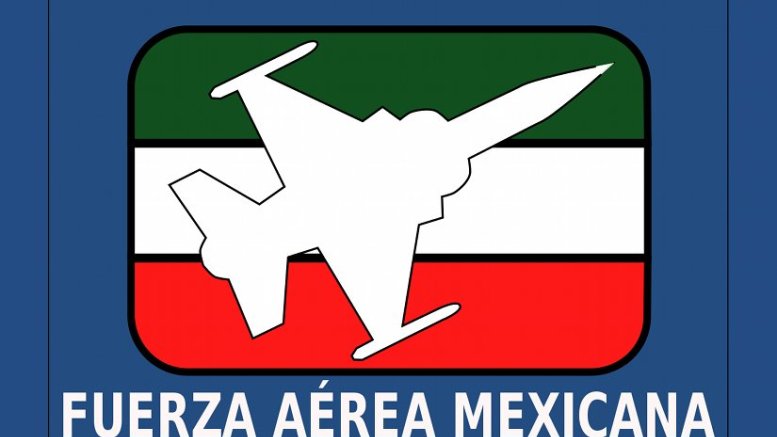 In September 2016, it was reported that the Mexican Air Force (Fuerza Aerea Mexicana – FAM) has retired the last of its tiny force of F-5E fighters.1 While these reports may be exaggerated, it is quite clear that unless necessary steps are taken and sufficient funds allocated FAM’s combat capabilities will continue to suffer.2 This is the latest in a series of seemingly insurmountable challenge that have over the decades stymied FAM’s effort to develop a viable combat capability.

However, FAM still has fleets of robust and well-equipped transport aircraft and helicopters. The former has a mix of C-130, C-295 and C-27 tactical transports with a substantial force of Boeing jets for VIP transport. The latter operates a large fleet of over a hundred helicopters including no fewer than 32 UH-60L/M “Blackhawks”, 27 Mil Mi-8/-17s, 31 Bell 412/212 and 66 Bell 206s with 20 MD 500F “Defenders” providing a potent attack element.3 In contrast to these modern and capable assets, FAM’s combat fleet is in poor shape and in dire need of rejuvenation.

The FAM has a proud combat history, contributing a 25-aircraft squadron of P-47 “Thunderbolt” to fight in the Pacific during 1945. The 201st “Aztec Eagles” too had fought with distinction in the skies over the Philippines and Okinawa and had conducted numerous close-support and escort missions – clocking over 2800 hours and dropping nearly 1500 1000lb and 500lb bombs – against a determined Japanese opposition.4

The P-47s along with other vintage aircraft such as A-24 “Dauntless” dive-bombers, AT-6 “Texan” armed trainers, and B-25 “Mitchell” bombers formed a potent combat force in Central America during the early 1950s. These were augmented by armed T-28 “Trojan” trainers in 1958. The FAM nearly found itself in action against neighboring Guatemala after latter’s P-51 “Mustangs” attacked Mexican fishing boats killing three Mexican nationals. In this operation, worth y of deeper study, a strike package of AT-6 and T-28s (armed with rockets, machine gun pods and reportedly napalm bombs) was prepared with three P-47s flying top-cover and a C-47 transport serving as an airborne command post. This force, which penetrated Guatemalan airspace before being ordered to abort the mission, represents a relatively rare example of coordinated air operations in 1950s Central America.5

The P-47s thus formed the core of the FAM’s fighter fleet until 1961 when Mexico took delivery of the first of 15 “Vampire” F.Mk.3s. These were used to equip the 200th Jet Fighter Squadron and were later joined by two “Vampire” T.11 trainers.6 The distinctive ovoid shape of the Vampire’s forward fuselage led to the type being known as the “Flying Avocado” – a name only enhanced by the dark green night camouflage they initially wore before being repainted in all-aluminum scheme in 1964. The “Vampire” was not a popular aircraft in FAM service and was phased out in 1967.

In 1961, Mexico also began taking delivery of Lockheed AT-33A-1 trainers under the United States Military Assistance Programme (MAP).7 The first three aircraft, delivered in September 1961, were precursors to deliveries totaling no fewer than 58 aircraft between 1961 and 1987. Known as the “Tetra” in FAM service, the AT-33 and T-33 variants of this aircraft formed the core of two air groups – the 7th Jet Fighter Group (AT-33A-1s serving with the 202nd Jet Fighter Squadron and the 200th Jet Fighter Squadron with “Vampires”) and the 10th Air Group (with the 210th, 211th and 212th Fighter Squadrons) formed in the 1980s when 40 additional “Tetras” were delivered.8 By 1998, only 24 “Tetras” remained and these were combined into the new 402nd Air Squadron and deployed extensively in the interception of illegal flights. For this purpose, the two nose-mounted 0.50-cal M2 machine guns were augmented with 7.62mm MAG machine-gun pods and LAU-32 or MA2A rocket launchers.9 After serving the FAM with distinction for 45 years, the last 12 “Tetras” were retired from service in 2007.

By 1977, the FAM was looking for a new tactical fighter aircraft and considered several options – the F-5E, the Dassault Mirage F.1, the F-4 Phantom-II and the IAI Kfir C.2 were among the leading contenders. An initial request for 30 F-5Es and 6 F-5Fs, to equip three fighter squadrons, was rejected by the US Congress.10 Efforts were then made to acquire two dozen Kfir C.2/TC.2 fighter/fighter trainers with interest being expressed in establishing a local production line.11 However, the United States once again vetoed the sale of these aircraft to Mexico citing concerns over the export of the GE J79 engine. It was only in 1982 that the United States relented and authorised the sale of a dozen F-5s – 10 F-5Es and 2 F-5Fs to Mexico.12 This force of 12 was destined to be the FAM’s first purpose built combat aircraft since the “Vampire”.

Between August and September 1982, under a US$ 110 million Foreign Military Sales (FMS) deal – called “Peace Aztec” – the delivery of 12 F-5Es, ground support equipment, training, AIM-9B “Sidewinder” air-to-air missiles, LAU-3 rocket pods with associated rockets and Mk.82 and Mk.83 General Purpose bombs took place.13 These aircraft were formed into the 401st Air Defence Squadron and the nine survivors continue to nominally serve with this formation. A modest upgrade was undertaken with AN/APQ-159V (5) radars and GPS systems being fitted to the F-5Es in place of the obsolete AN/APQ-139 during a major overhaul in the early 2000s.14 In retrospect, at some US$ nine million per aircraft, the “Peace Aztec” programme represented good value for money but the number of aircraft acquired was woefully inadequate.

While Mexico can neither afford to obtain nor sustain air defence assets capable of deterring an attack from its northern neighbor, threat from the latter is anyway considered virtually non-existent. Rather, the main threat to Mexico comes from illegal privately-operated aircraft which are heavily involved in smuggling. Mexico’s assets are incapable of dealing with this threat – especially with the retirement of the “Tetras”. This was graphically demonstrated 2000 onwards when, using newly acquired Airborne Early Warning (AEW) platforms in the form of the EMB-145SA/RS and the C-26B “Merlin”, the FAM made determined efforts to intercept illegal flights – often suspected of narcotics trafficking. With only 10 aircraft – two of which were trainers – the 401st Squadron was unable to make more than four to five aircraft available for national deployments – two aircraft being retained for the defence of Mexico City at all times.15

By 2016, however, only three aircraft were operational and Mexico had resorted to cannibalising two of the aircraft for spares. Efforts to keep the fleet airworthy continue with the engines of three aircraft being dispatched to RUAG Aviation of Switzerland for overhaul.16 However, it is questionable whether these efforts will be able to sustain the F-5s for much longer. Mexico has mooted the idea of augmenting its combat fleet with 14 to 24 ex-Swiss Air Force F-5Es but no order has been forthcoming to date. An American offer in 2004 of 10 ex-USAF F-16A and two F-16B Block 15 MLU with spares, training and armament was turned down, as the price of US$ 1.2 billion was deemed excessive for ‘old’ aircraft.17

The bulk of the FAM’s ‘combat’ force consists of armed turboprop trainers. Mexico was the largest customer for the Pilatus PC-7 trainer with 88 delivered 1979 onwards. Even today, 65 remain in service and these have re-equipped many of the old “Tetra” squadrons and the famed 201st “Aztec Eagles” squadron.

These aircraft were delivered with hardpoints for 0.50-cal machine guns and 2.75-inch rocket pods and in this configuration, they were deployed on strike missions during the Chiapas insurgency of 1994-95. This had the unfortunate effect of Switzerland declining to sell 48 of the newer PC-9 type when Mexico insisted that these be fitted with hardpoints.18 Mexico did eventually acquire two PC-9Ms in 2006 but these were deemed unsuitable and one was sold to Ireland as an attrition replacement for the Irish Air Corps.19 The FAM eventually purchased a dozen T-6C “Texan-II” trainer/ light-attack aircraft in two batches of six from the United States – the first of perhaps as many as 48 – to begin the replacement of the ageing PC-7s in both the training and attack roles.20

With the F-5Es of the 401st Air Defence Squadron barely serviceable and of limited availability, Mexico’s air defence rests on the dubious capability of its PC-7s and T-6Cs. These aircraft while undoubtedly very useful for light strike operations and excellent for training, offer very limited air-intercept capabilities. While these may be adequate for intercepting slow and low-flying propeller-driven aircraft, they are incapable of reaching or catching higher flying executive jets and ex-airliners that are more commonly used by the narcotics smugglers.21 The PC-7 and T-6C are barely capable of catching more modern turboprop civilian aircraft such as the Beechcraft King Air, which are also widely employed by smugglers.

The degradation of the FAM’s combat fleet comes at a time when drug cartels have battled the Mexican state for over a decade. The lucrative narcotics smuggling routes to the United States and even to Europe have made extensive use of aircraft to move their product. The inability of Mexico to guarantee the integrity of its own airspace is therefore a matter of concern. Unfortunately, to date, Mexico has been unable to muster either the will or the wherewithal to undertake the acquisition of even a modest number of combat aircraft needed for the task.