Where is China Going? 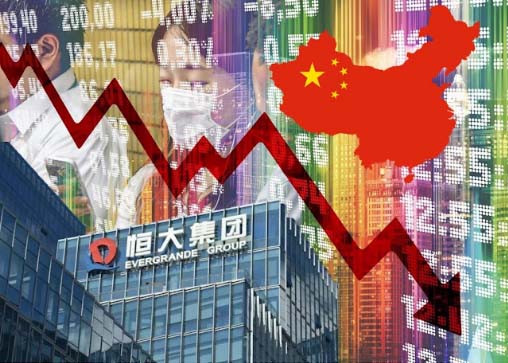 Soon the Games are over.

The Emperor of China, Xi Jinping, with his colleagues of the Politburo, had planned a grand show to prove to the world that the Middle Kingdom was one of the two most powerful players on the planet (if not the most). It is a partial failure; as The Nikkei in Tokyo titles: “Xi’s Olympics diplomacy stumbles as leaders avoid Beijing Games.”

In the end, only 24 heads of state and other leaders (such as the discredited Tedros Adhanom Ghebreyesus, the Director General of WHO or António Guterres, the UN Secretary General) attended the opening ceremony.

It cannot be called a grand success.

Since February 2020, when the the coronavirus pandemic became ‘official’, Xi had not physically met foreign leaders; however, he could not be avoided in-person diplomacy during the Beijing Winter Olympics, especially as the Communist Party’s Secretary will seek a third term during the 20th National People’s Congress in November.

Let us remember that after Qi Fabao, the aggressive PLA regiment commander who triggered the Galwan Valley border clash in June 2020 had been nominated as a torchbearer during the Winter Olympic Torch Relay in Beijing, Delhi rightly decided not to participate in the opening and closing ceremonies.

Once the dust (or the artificial snow) settles, the Party will have to face the most serious challenges since Mao and his infamous Great Leap Forward and Great Proletarian Cultural Revolution.

Let us go through some of them.

Chinese companies listed on China’s stock markets (in the Shanghai or Shenzhen stock exchanges) had to indicate their profits and losses for the year 2021 by the end of January.

On February 4, The Epoch Times reported that: “many companies with big losses submitted their information on January 28, the last trading day in January. Suning.com Co had the largest loss, around 43.3 billion yuan (US $6.8 billion), more than the company’s market cap of 36.4 billion yuan. The company was on the Fortune 500 list in August 2021 and ranked number one among the Chinese retail companies. The second largest loss was from China Fortune Land Development, a real estate developer, with an estimated loss of 33.1 to 39.1 billion yuan.”

Caixin, China’s influential financial publication, observed that by January 29, out of the 66 real estate companies which published their 2021 performance information, 30 reported a loss: “After the real estate companies, pig farming companies are the next group with the largest losses. Jiangxi Zhengbang Tech, ranked around 370 in Fortune’s China’s Top 500 companies. It estimated a 19 billion yuan loss for 2020.”

Next were the Airlines which lost a lot of money in 2021.

Evergrande and the construction bubble

It is said that the housing construction sector contributes something like 35% to 40% of Chinese GDP.

It has started crashing, with no revival in sight, as Beijing’s government does not want to jump to the rescue of companies such as Evergrande; it practically means that the savings of millions of people may be wiped out. Consequently, the purchasing power of these people will be greatly reduced.

What option is left to the government to avoid a crash?

Beijing will have first to spend on infrastructure to bail the steel and cement industries and then on the defence sector hoping to kick-start a revival of the economy.

But, there is a ‘but’, these moves will create more deficit, the internal debt which is already estimated at 5 trillion US dollars (more than 50% of their GDP), will increase further.

An analyst said: “So with the continuing opacity of the health of their banking system this is tantamount to continuing their long-standing Ponzi scheme.”

The financial stress could become wider.

It may also result in an increased military belligerence, which could in turn result in an armed conflict which will only aggravate the financial situation, even if it keeps the ‘masses’ temporarily mobilized behind the Party and its new Great Helmsman.

In August 2021, Xi Jinping spoke of the importance of ‘common prosperity’ aiming at expanding the size of middle-income groups, increasing the earnings of low-income groups, ‘reasonably’ regulating high-income groups …and banning illegal incomes.

Can Xi Jinping succeed in his plans to redistribute the wealth?

Will he not kill the Golden Hens which made China rich?

The Foreign Policy magazine commented: “a much harder task than [making artificial snow] confronts President Xi Jinping: delivering on his pledge for a fairer distribution of China’s wealth while maintaining stable growth.”

Simply because, says the magazine, Xi’s plan threatens to undermine “the key drivers behind China’s success during Deng Xiaoping’s era of reform and opening up. Over the past 40 years, betting against the Communist Party has been a fool’s game, but China’s development model is now facing its sternest test.”

The Nikkei advanced an interesting theory that while China’s economic power, military might, and geopolitical influence have seen massive growth: “At the same time, Beijing has taken to aggressive posturing towards territories like Hong Kong, Taiwan, islands in the South China Sea, besides neighboring nations.”

The Japanese newspaper concludes: “While some believe that it is the Asian giant’s rise to power that is behind this posturing, other quarters have noted that it is actually the opposite: the communist nation is being aggressive because of its inevitable slowdown in growth.”

The process behind China’s grandiose militarized infrastructure projects is termed the ‘peak power trap’. And again, there can be a temptation to use this ‘dual’ infrastructure for a conflict, with the consequences that we have already mentioned.

The Foreign Policy magazine mitigates its views: “Economic stagnation could well threaten the Communist Party’s survival, but it has managed to pull back from the brink of collapse before.”

Aging of the Population

Another seemingly insurmountable problem is the aging of the population.

According to the National Bureau of Statistics, the total population in mainland China was 1.41 billion people as of the end of 2021, an increase of 480,000 people compared to 2020.

It is said that presently China’s newborns are half that of India (the rate will be one-third of India’s by 2050) and while China’s total population is more than four times that of the United States, the number of newborns will be overtaken by the United States in two generations.

All this has of course serious economic implications.

Can China indoctrinate the masses?

A crucial question, are the Chinese masses ready to follow Xi and the Party forever? A lot depends on the answer to this.

The Chinese youth seems today to believe the Communist propaganda.

Yan Xuetong, a professor at the Institute of International Relations of Tsinghua University, recently mentioned the intergenerational differences between college students born in the 2000s and the previous generations. Yan pointed at their idiosyncrasy in terms of ideology, aesthetic standards, values and moral concepts.

The scientist’s observations are that college students born in the new millennium: “often look at the world with a dichotomous view, treating countries other than China as the same group, and regarding universal values such as peace, morality, fairness and justice as unique Chinese traditions.”

They generally believe that China is righteous and innocent, while all other countries, especially the US, are ‘evil’; they think that Westerners naturally hate China.

Yan came to the conclusions that this generation “is deeply influenced by the Internet and they take what they have learned from cyberspace, such as economic determinism and conspiracy theory as common sense.”

He realized that “contemporary students often have a strong sense of superiority and self-confidence, and they are easily influenced by the Internet.”

He then suggested that teachers “should help students understand the twists and turns of history and the diversity of the world; they should also help them enhance their ability to think logically and critically.”

This is perhaps a key to the future, but today the Communist propaganda is so well entrenched, that only a Revolution (remember 1989) could challenge the Party and there is no guarantee that it will solve the economic issues.

China has many more vital issues to tackle (eg, Taiwan, Hong Kong, Tibet, Xinjiang, etc.), but the economy and the problem of population seem the toughest ones to solve.

The future of the Middle Kingdom seems bleak.

One thought on “Where is China Going?”