What Ails the Army's Officer Class?

Of late one increasingly hears and reads about the weaknesses in the Army’s Officer class: Law suits in the Court, statutory complaints, representations, sexual aberrations and so on. If a disciplined, motivated and specifically groomed part of our society is so affected then it is a cause for society’s and nation’s concern. Treating it as a holy cow, an exclusivist organisation not to be touched will only exacerbate the malaise.

Obedience is the sine qua non of the philosphy of soldiering. Brought up in the environment of taking every and any order ‘as a challenge and a task to be successfully tackled officers find it difficult to say no even to an unjust order. Psychologically the soldier’s pleasure of doing his superior’s bidding is great and materially equally lucrative. It satisfied his sense of duty and holds promises of advancement. Habituated to being led or ordered, and inured to that undying dictum “set example”, the officer waits throughout his service for orders and for someone to set example.

In his ethos charity never begins at home! As he grows in age and weight of senior rank, he sinks into no committing remoteness or studied unwillingness because the onus of interpreting orders and setting example inexorably descend on him. Whichever army has broken this chain has prospered. And history shows that more often than not those who break this chain are the middle-piece ofl1cers colonels and brigadiers.

This class in our army apparently insists on remaining dormant; unwilling to catch the bull by the horn. More pertinently it has neither been groomed to do so nor realised that it has a far greater stake in the act and possesses matching dynamism to turn in that type of performance. Obedience and uprightness have a high moral dimension to their mutual relationship.

Camaraderie in the army is a much-quoted word, albeit a great strength and part of every professional’s pontificial repertoire. But in actuality it loses steam and virtually stops at the rank of brigadier. The general officer becomes more self-centred, remote, callous and indifferent to practising it, his interest in. concern for. interaction with and committal to his colleagues friends and mates, juniors and the system (to keep it responsive) are markedly on the wane, almost desiccated as he progressively identifies himself with the organisation and status quo, which is all so convenient, easy and untaxing. As he becomes old and tired, and resigns to the environment and the system he naturally mutates into a piece of furniture losing touch with ground feeling but getting into the fashionable “macro view”, “higher perception” etc. at the cost of human insight. Fellow-feeling and comradeship take back-seat, are even dispensed with if it conflicts with his pro-organisation transformation. Recently the group of senior army generals in Delhi took more than a year to decide the status of IPKF HQ in Madras, and over two years to solve the entirely avoidable adversity and abominable hardship caused to the personnel as a result of that decision.

Promotion system continues to be a bugbear. While for peacetime it can be said to be as fair as fair can be, it has unfortunately been proving to be too rigid and unresponsive to warlike environment. Good war performance both in Sri Lanka and Siachen have gone unrewarded or grossly under-recognised.

The reason, according to the organisation, is that there were luke-warm reports and minor weaknesses noticed earlier long ago in peace-time. Little allowance seems to be made for war reports, which should absolve and erase all that hair-splitting. There is a certain figurative assessment layed down for various personal qualities and demonstrated performance.

The reporting officer cannot inflate them just because the reportee is earning the report in war. But when the war report of X and peace-time report of Y are juxtaposed at the Army HQ should not there be a yardstick to measure the performance and potential of the two officers? Undoubtedly the war reportee must stand higher than the peace-timer. But this does not happen. There lies the rub.

It needs elaboration. Thanks to cadre review our Army has as unit commanders either lieutenant colonels or colonels. A number of COs in the IPKF were lieutenant colonels. Most of them commanded their units successfully in OP Pawan in Sri Lanka for two years and more. Some were also decorated for gallantry. When the time for their promotion to the rank of colonel came many of them were superseded. but were yet made to continue in command in the same rank; One wonders how a lieutenant colonel CO was fit to command the unit in war but not considered fit to do the same job in the next rank! What then are the’ criteria for promotion? Why should anyone come out and fight? What would the men think? What would be the self-confidence of the officer after all the fighting he did? Why was not the superseded lieutenant colonel replaced by another one who had made the grade for the next rank sitting in peace station? One of the Divisional Commanders represented directly to the then Army Chief and sought redress of grievance on behalf of half a dozen COs of his Division, but it made no impression on the powers that be.

The fall-out of such a morbid system manifests in the following: ­

A confusion in the minds of all ranks as to what is required for success: War performance or peace-time pandering? A satisfactory war report or a good peace-time chit?

A disincentive to personnel to volunteer for war, field or risky service; and indirect encouragement to dodge such service and thrive in peace environment. It was a well­-known fact in the IPKF that usually officers posted to Sri Lanka delayed joining duty or got the order cancelled or got themselves downgraded to low medical category to escape the agony of getting bogged down there a “professional grave-yard” as one worthy peace-timer put it.

A doubt regarding the relevance utility and credibility of the much trumpeted “career profile” of officers. There is no dearth of instances where officers worsted in field area after field area from one end of the country to the other and from one risk factor to another continue to “lose out” to the clever and percipient ones who manage to remain in soft areas congenial appointments keep their nose clean and serve under benevolent superiors.

That brings us to Annual Confidential Report (ACR) ­consciousness Officers even young majors and captains plan their careers courses, appointments to serve in superiors to serve under time to be spent in appointments and so on quite meticulously so that they get the necessary stamp and right reports. Fascinating are these lucky children who choose their professional parents wisely! Even so there is a sharp increase in the number of representations and complaints not only from officers against ACRs but far more surprisingly also from JCOs. Most superseded brigadiers, general officers and subedars resort to this practice. Some do so in anticipation as a just-­in-case kind of precautionary measure.

In all this then where is the time for head-doing seriuous soldiering? Dissatisfaction callousness fawning and playing safe Have gradually strangulated straight-forwardness uprightness moral courage to take a stand and sincere action. The few who stand up are highly prone to be eased out or superseded. That further degrades moral fibre, encourages acquiescence and enlarges yes men and furniture population. In Sri Lanka one of the Divisional Commanders held fast to what he thought was morally and ethically wrong and remonstrated with the IPKF as well as overall Force Commanders even with the then Army Chief himself.

Those superiors who differed radically with the subordinate could do nothing to the latter for his views and the way he handled his command as well as the tricky operational situation. In our Army it becomes difficult to handle simple sincere, upright honest and professionally competent officers, who adhere to values and conviction. So, the only way out is to get rid of him or supersede him. That is what happened!

Then there is that latest pious act of the Army’s top echelon: Discovery of sexual aberration in some senior officers and the process of cleansing the stables. Many of those so discovered had been known to have had and maintained the tendency towards sexual exploition from their rather early days. Why then were they permitted to rise to high rank? Why was the tendency not curbed early enough? Why this hullabaloo now?

In any case what does the Army require: dynamic, go ­getting fighters, even if a bit sexually indiscreet, or drooling, do-nothing, disturb-nothing, virginal virtue? These senior officers exploited their juniors because the latter were equally prominent for being spineless, cringing, fawning providers of gratification, bred by a rotting system where questioning of a wrong is interpreted as rebellion, uprightness becomes intolerable and attempt towards fulfillment of moral obligation becomes difficult to deal with. 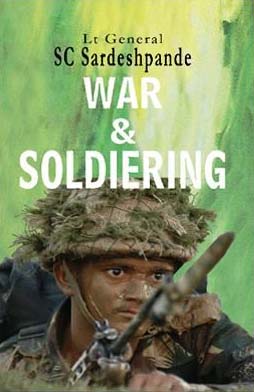 The system is progressively losing the ability to absorb dissent, withstand honest criticism, tolerate uprightness even if inconvenient, and to promote greater comaraderie and sense of moral obligation. It is both unable and unwilling to adapt to warlike conditions and their particular requirements, leave aside respond spontaneously and positively to its topical contemporary challenges in the vital sphere of man­-management. Worse, it is increasingly confirming itself as a peace, time army, with peace-time procedures and ethos predominating even in warlike environment under that cussed cliche –”time tested”. At this rate the next time over the Army will not fight as well as is expected of it, not withstanding its “glorious traditions”, posthumous heroes and the smug facade of the holy cow dished out by the complacent government and lapped up by the gullible public.

16 thoughts on “What Ails the Army’s Officer Class?”