Western Oomph over Ukraine is Leaking 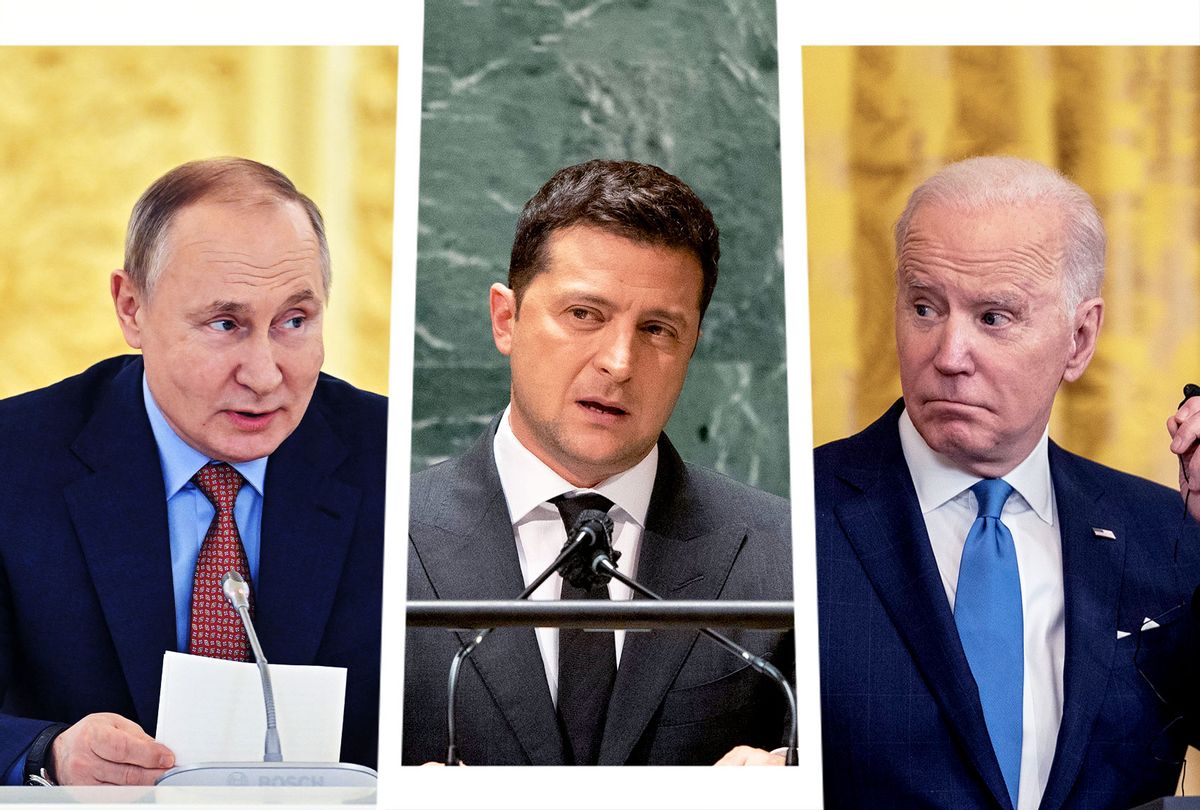 The cautious admission by British Prime Minister Boris Johnson during his visit to India that Russia might win the war in Ukraine is beginning of the western understanding of what was logical from the very beginning; that President Putin is no fool to have so committed his forces even though Russia was forced into this conflict with the creeping NATO advances posing a existential threat to its security. Akin to many American strategists, diplomats and scholars, including Kissinger, George Kennan and John Joseph Mearsheimer, Putin wanted Ukraine to remain a neutral country and NATO not to expand east of Germany. But the US consistently worked the opposite and continues to do so with plans to make Finland and Sweden NATO members.

All the western disinformation or rather lies and propaganda about the Ukraine conflict was regularly exposed from within by US veterans and scholars like Scott Ritter and Larry C Johnson, while William Blum has described the black deeds of US-NATO and their grotesque human rights violations since 1945. Boris Johnson recently visited Kiev and promised more tanks and long range anti-ship missiles.

The West is pumping arms, money and mercenaries to help Ukrainian President Volodymyr Zelenskyy make the war as difficult and dirty as possible for the Russian forces. Russia has become wiser and is attacking the weapon, weapon platforms and equipment coming from the outside.

The ground situation in Ukraine has turned adverse for Zelenskyy, much to the woe of America’s Joe Biden administration and NATO. With the fall of Mariupol to Russia, a large number of Ukrainian forces, mercenaries and possibly foreign regulars including Special Forces are reportedly trapped under the elaborate network of tunnels under the steel mill complex of Mariupol. These forces were to make ‘life hell’ for the Russian forces, but instead are trapped. The West has been hoping that Russia assaults the steel mill and suffer heavy casualties in the process. Had it been US forces instead of Russian forces, they would have simply gassed the trapped forces to death or asphyxiated them by using its thermobaric arsenal. That is why western propaganda is periodically talking of a false flag Russian chemical attack in Mariupol.

Zelensky is calling for ceasefire talks in the vicinity of the steel mill instead of picking up the phone and speaking directly to Putin for negotiating a ceasefire. After all that has happened and the America-led West continuing to fuel the Ukraine conflict, Russia could well starve out the trapped forces since Russian forces are to remain in situ in the Donbas region in the foreseeable future. Alternatively, Russia can even use gas, given that the US and NATO have a very long history of using chemicals agents. The US also nuked Hiroshima and Nagasaki when there was no need to since Japan was already flattened through conventional bombing. So, why would Russia not use nukes if pushed to the wall?

In addition to Mariupol, there are other pockets in Ukraine where Ukrainian forces are trapped by pincer moves of Russian forces. Russia is also bombing military targets in and around Kiev as well as in Eastern Ukraine. American concerns are indicated by US Secretary of State Antony Blinken and Secretary of Defence Lloyd Austin having met Zelensky in Kiev and UN General Secretary António Guterres travelling to Moscow for meeting Putin. The visit by Guterres is perhaps on America’s behest in the backdrop of US President Joe Biden wanting the UN to brand Putin a war criminal.

Global economy, Europe included, has suffered the consequences. The propaganda that the US and Europe can do without Russian oil and gas has proved otherwise. Europe is experiencing high inflation and is looking at a looming recession because of arbitrary and illegal sanctions against Russia. But that is not all. Jamie Dimon, CEO of JP Morgan Chase issued a warning on April 13, 2022, about chances of recession hitting the US, saying that “even America’s biggest banks seem powerless to stop the forces at play.”

Simultaneously, Goldman Sachs announced a 42 percent drop in profits, while Citigroup’s earnings fell by 46 percent – Citi announced setting aside $1.9 billion in potential loan losses related to the bank’s ties to Russia and broader impact of the conflict on the macroeconomic environment. According to David Malpass, head of the World Bank, the estimated rise in food prices is 37 percent because of the war-related disruption to supplies, which will push millions into poverty, increase malnutrition, and reduce funding for education and healthcare.

To the surprise of the Western World, the Russian Ruble has recovered despite the severe US-led western economic sanctions imposed since the start of the conflict on February 24, 2022. But Japan has suffered immensely with the Japanese Yen, despite being the third most traded currency, falling to a 20-year low against the US dollar. Presently, Yen is the worst trading currency in 2022, even below the Ruble. China is happy that the Yuan for the first time has been added to the Central Bank of Israel.

Japan has also suffered by blindly imposing sanctions on Russia following the US lead despite the fact that it continues to consume 60 percent energy from Russia’s Sakhalin II. The result is that Japan lost out on the Russia-Japan peace agreement which was being negotiated and Russia stopped visas for Japanese visiting Sakhalin Islands where Japanese who died in the Second World War are buried.

Guterres is meeting Putin in Moscow and Zelensky in Kiev to figure out the possibility of a ceasefire. But his trip is futile unless the P5 members, particularly the US and UK (and France?), want the ceasefire and Ukraine becoming a neutral country.  Zelensky is a puppet of Pentagon and the Biden administration wants to prolong the conflict unless Russian forces move back and vacate the Donbas region, which is out of the question considering the genocide perpetrated in this region by the Ukrainian forces over the past eight years. Moreover, the fact that Finland and Sweden are planned to be added to NATO indicates that instead of acknowledging the existential threat to Russia’s security, the US wants to enhance the threat even more.

Britain, reduced to an American appendage after BREXIT, is supporting Biden to prolong the war in conflict. In his recent article in The Guardian, Simon Tisdall wrote: Boris Johnson, riding a “Partygate” getaway plane to India, was colourfully rubbishing peace efforts. Putin, he claimed, was an untrustworthy reptile. “I really don’t see how the Ukrainians can easily sit down and come to some kind of accommodation. How can you negotiate with a crocodile when it’s got your leg in its jaws?” Johnson, typically, is not looking much beyond the present moment. The UK and NATO, he said, would just “keep going with the strategy” of imposing sanctions on Russia and supplying weapons to Kyiv.

For the US, Europe is the convenient scapegoat which has been psyched to continue suffering economic hardship and perhaps other consequences of the conflict, US being far away. Russia meets only seven percent of Britain’s energy needs, which the UK can diversify to other sources. Emanuel Macron having won his second French presidency with US support will continue to remain loyal to US-NATO.

Incidentally, the ISIS recently gave a call to attack European countries with Abu-Omar al-Muhajjir, the group’s new spokesman, calling on supporters to resume attacks in Europe, taking advantage of the “available opportunity” of “the crusaders fighting each other” — in reference to Russia’s invasion of Ukraine. The recent incident of a 72-year old priest stabbed 20 times in Nice, France, with the assailant yelling, “We have to kill Macron”, may just be a prelude to what may follow.

The Ukraine conflict, therefore, will keep getting prolonged; the West will continue to wage hybrid war even after Russia achieves its objectives. It can even become dirtier depending on to what extent the US wants it to be.

6 thoughts on “Western Oomph over Ukraine is Leaking”