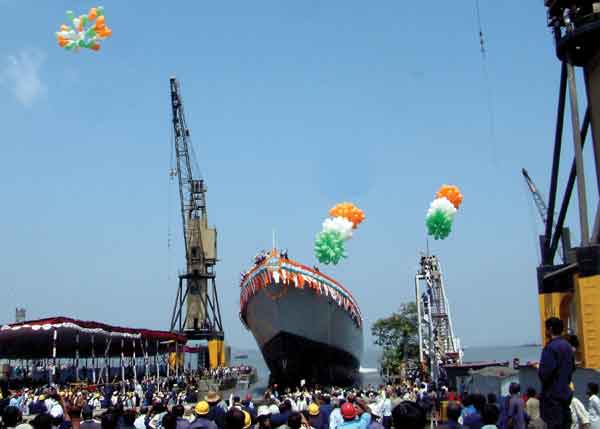 In recent years, two developments have overlapped. India has become a cost-effective manufacturing location at a time when India’s Army, Navy and Air Force are poised to commence their modernisation and transformation for future warfare. This overlap and the daunting cost of future combat systems make it timely to address the “life cycle” aspects of the defence acquisition process in general and warships in particular.

Our own experience, as well as other studies, have shown that most costs are expended during the “operations and support” phase of an operating system.

When negotiating for a system, which is better – The Most Economical Bid or Total Ownership Cost? The most economical bid is usually easier to calculate but is it a true representation of what it is likely to cost to operate a system over its expected life? Our own experience, as well as other studies, have shown that most costs are expended during the “operations and support” phase of an operating system.

Effective life cycle management demands assurances that the pipeline is maintained of spares and equipment necessary to support a defence system throughout its intended operating life. No nation wants to be “held hostage” by any original equipment manufacturer (OEM) or other nation during the life cycle support phase. There are three facets of this dilemma. Firstly, sanctions like those imposed in 1998 after our nuclear tests. Secondly, collapse of the supply line like when the Soviet Union dissolved. And thirdly, how does one assess the cost of such assurance that the vendor will inevitably pass on to the customer?

In earlier years, competing goals used to make decision-making and total life cycle management somewhat difficult. It need no longer be so:

No nation wants to be “held hostage” by any original equipment manufacturer (OEM) or other nation during the life cycle support phase.

‘Affordability’ has to be balanced with stated capabilities and the cost of options for meeting those capabilities.

At present, warships are inducted from two sources. Those designed in-house in Naval Headquarters are built by Government shipyards. When force levels fall, warships are imported.

The per-unit cost of a warship increases remorselessly year after year. The primary causes are the long (ten-year +) gestation period between design and delivery, the changes in choice of equipment during the long gestation period and the high cost of systems having the latest technology. Over time, high unit cost limits the number of ships that can be acquired.

With the production of defence equipment opening up to the ‘private sector’, innovative frameworks like “Competitive Consortia” can now help develop competition within the parameters of the prevailing regulatory policies.

The framework suggested below is in the domain of warship building. It is adaptable for major Army and Air Force projects.

There should be at least two consortia to compete for the construction of a series of the Navy’s warships. Each consortium should comprise of:

For example, Consortium A, could consist of Mazagon Docks, which collaborates with OEM and Turnkey Contractors within the public sector (for example BHEL and Bharat Electronics) and private sector (for example Kirloskar), a foreign collaborator (for example an Israeli Combat Systems Supplier) and a consortium of Banks and Financial Institutions who would fund the construction through a Structured Finance mechanism such as a combination of Long-term Finance against Secured Notes. More radical financing structures could, in the future, envisage ‘securitisation’ or bonds floated to long term Institutional Investors and/or the Public.

With the production of defence equipment opening up to the ‘private sector’, innovative frameworks like “Competitive Consortia” can now help develop competition within the parameters of the prevailing regulatory policies.

Consortium A would compete with Consortium B, comprising for example of Garden Reach or Goa Shipyard, another Financial Consortium, private and public sector firms and a Russian Combat Systems Supplier.

By going beyond the present “buyer-vendor” relationship between the Navy and a Defence Shipyard, the competitive consortia approach permits the attainment of several desirable objectives: