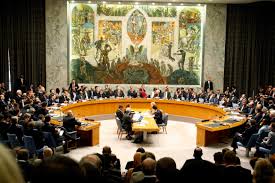 With India being part of United Nations Security Council (UNSC) as non-permanent member from 01 January 2021, and UN 75 years of celebration (2020) hangover rolling over to next year, the debate on UNSC reforms continues, with no worthwhile progress, despite high pitch for reforms made by many countries including India.

The need for UNSC reforms has been emphasised by most of the UN Secretary Generals during their tenures.

The fact that unilateral and multilateral interventions without UNSC sanction continue to happen; UN hesitancy and alleged delay to declare coronavirus as pandemic is seen as arm-twisting by Permanent Five (P5) member and UNSC passes resolution to grant stipend to UN designated global terrorist, diluting global response to biggest security challenge of the century, are some examples to justify poor credibility of UN/UNSC in absence of reforms.

It’s also a fact that there is no other alternative organization to UN, with as much recognition and membership of various countries, having large No of missions of various kinds to its credit, for various global roles, but it needs to be reformed to meet the aspirations of developing countries. Thomas G Weiss argues that If the United Nations did not exist, we would have to invent it. So why not to use our analytical toolkits to repair it?

UNSC was composed by victors of the Second World War in 1945 to suit their interests and the UN Charter was designed accordingly, giving to themselves the Permanent membership and veto power in the Council. The geopolitical, strategic, economic realities have changed considerably since then, but the UNSC has not reformed itself to these global realities. With global economic and population fulcrum shifting to Indo-Pacific, inadequate Asian representation and no African and Latin American representation are pushing UN to irrelevance, unless it reforms itself.

The need for UNSC reforms has been emphasised by most of the UN Secretary Generals during their tenures. Antonio Guterres expression“The Security Council we have now does not correspond to today’s world. I have encouraged member states to have a serious dialogue on this. I want to continue this dialogue at the UN General Assembly, but the permanent members do not agree” indicates the helplessness of UN in dealing with P5 on the subject. Indian PM Modi in his address on 75th Anniversary of UN had urged that “Reform in the responses, in the processes, and in the very character of the UN is the need of the hour”. Many other countries have expressed similar sentiments since last three decades.

The pitch for reforms of G4 was lowered by their regional rivals like Italy, Pakistan, Mexico and Egypt, which started formulation of another interest group…

What Needs to be Reformed?

UNSC in current form is not representative of developing world and global needs, with primacy of policy being political tool in hands of P5, is well recognised globally. By 1992, India, Brazil, Germany, and Japan (referred as G4) had put up their claims and logic for demanding inclusion as permanent members. India has been part of UN since inception, has the world’s second-largest population and is the world’s largest democracy suited to represent South Asia, having contributed maximum peacekeepers to UN so far. Brazil is the largest country in Latin America (unrepresented continent)  and fifth largest in the world. Japan and Germany are one of the largest financial donors to UN.

Besides G4 countries South Africa (largest economy in African Continent) is also a claimant, as the Continent remains unrepresented on high table of permanent members. The pitch for reforms of G4 was lowered by their regional rivals like Italy, Pakistan, Mexico and Egypt, which started formulation of another interest group, known to be “Uniting for Consensus”  opposing G4 becoming permanent members with a veto power. The efforts for expansion of UNSC and reforms were also made in the form of The General Assembly Task Force on Security Council Reform and 2005 Kofi Annan’s Plan to expand to 24 member UNSC, with various combinations for equitable representation, but none of the initiatives have worked so far.

Reform in UNSC requires an amendment to the UN charter, in accordance with Article 108, which highlights that any reform of the Security Council not only requires the support of at least two-thirds of UN member states, but also all the permanent members of the UN Security Council must also agree to that, as they have veto powers. The stance of P5 members to expansion has been varying as per their national interest, like most P5 members agree to Indian inclusion, except China.

Veto Power: The bone of Contention!

Reforms to improve effectiveness and responsiveness of UN to international security challenges are meaningless without the reform of the UNSC veto power with P5. which enables any one of them to prevent the adoption of any “substantive” draft Council resolution, regardless of its level of international support. There have been many proposals since inception from totally abolishing veto power to selectively using for vital national security issues and requiring agreement from multiple states before exercising the veto thereby following  consensus principle.

The G4 members sometime had agreed to compromise to become permanent members without veto power, but it means very little in terms of reforms.

The roadblock is that Articles 108 and 109 of the United Nations Charter grant the P5 veto over any amendments to the Charter, requiring them to approve of any modifications to the UNSC veto power, that they themselves hold. It thus becomes obvious that even if one member of P5 doesn’t agree to any reform, the UNSC cannot be reformed.

It has been seen in past that UNSC in some of major global security issues, the UNSC could not arrive at a consensus and interventions happened by countries mainly from P5 without UNSC resolution. US entry in Iraq war or Warsaw Pact war in Afghanistan are few cases in point. Holding veto power by any P5 member, therefore, doesn’t guarantee that a resolution howsoever important will get through in its favour, but it certainly guarantees that no resolution against its interest will go through in UNSC. It therefore gives a lucrative power which P5 members will not like to give up or share. The G4 members sometime had agreed to compromise to become permanent members without veto power, but it means very little in terms of reforms.

Today the Permanent members (P5) countries in UNSC being a divided house, the veto power is the biggest obstacle in getting through any resolution, even for the global benefit, if it happens to be against national interest of any one of the P5 members or their allies/partners. UNSC has thus become an organisation, which can pass strong resolutions against weak countries, weak resolutions against strong countries and no resolution against P5 countries, and its implementation also follows the same power structure and politics.

To address an extreme security crisis, breach of the peace or act of aggression, wherein the use of armed force is necessary to maintain or restore international peace and security, if the P5 fail to reach unanimity to discharge this primary responsibility, the UNGA can immediately consider to make appropriate recommendations (with two third majority) to members for collective measures,as perUNGA resolution 377 (Uniting for peace), but these provisions have sparingly been applied due to possible backlash from P5.

Besides the existing P5 members, an expansion of UNSC from five to 10 permanent members, with the addition of G4 and South Africa will provide equitable regional representation besides balancing developing and developed world to meet the aspirations of humanity. These ten countries account for nine out of ten largest economies and eight out of ten largest defence budgets. The rotational election of non-permanent members the numbers, which was increased from six to 10 in 1965, could continue on regional representational basis as hitherto fore. The expansion of P5 without veto power makes very little impact on the problems, because of which the reforms are required. Ideally the veto power should be abolished, but I don’t think P5 will like to part with their trump card, which makes them powerful in UN.

Will UNSC Reforms Ever Happen?

Under the given charter, articles and structures, there is very little hope for UNSC reforms in near future unless the lack of reforms can push the credibility crisis of UN to a degree that it becomes unsustainable for UN to function, or incidences of side-lining UN increase manifold. Former UN Secretary General Kofi Annan (2015) has aptly saidIf the UN Security Council does not appoint new permanent members then its primacy may be challenged by some of the new emerging countries.

There is also a possibility that if UN doesn’t reform itself, it may lose relevance and alternate global and regional groupings may assume greater importance with issue based consensus in like-minded groupings for unilateral/multilateral actions. More global pressure from middle powers like G4 may force an expansion of UNSC as a possibility, but abolition of veto power in current set up is unlikely, as it makes P5 powerful to an extent that the threat of using veto sometimes forces a change in drafting of resolution, even if it’s not in best interest of humanity. No P5 member is likely to compromise this power in its own national interest, which is generally prioritised before global interest, thus making reformation process a mirage.