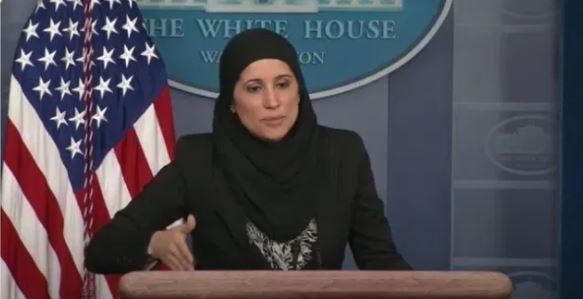 Promising to put together one of the most diverse cabinets in American history, President Joe Biden has appointed at least 20 Indian-Americans to various positions within his administration, including the first two women of Kashmiri descent. Alarmingly, one of his latest picks to the National Economic Council (NEC) has a history of involvement with anti-India activists known to sympathize with violent Kashmiri separatists and South Asian terrorist groups.

Indian-American Sameera Fazili, who is of Kashmiri origin, was recently appointed as Biden’s NEC deputy director, becoming one of America’s leading voices on economic policy. But foreign policy experts in India are warning that “her actions need to be monitored” due to the economic adviser’s involvement with dissident anti-India groups.

Fazili is a member of Stand with Kashmir (SWK), which was founded by her cousin, Hafsa Kanjwal. SWK has been touted as “a Kashmiri diaspora-led international solidarity movement that seeks to end the occupation and support the right to Kashmiri self-determination.”

Yet, this growing movement has praised and defended the actions of a number of violent Islamists. For example, SWK advocated for “angel of death” Asiya Andrabi’s release after she was arrested for leading the group Dukhtaran-e-Millat (Daughters of the Nation), which has been banned and designated by India as a terrorist group. Similarly, SWK deplored the arrest of Kashmiri separatist Yasin Malik on charges that he killed four unarmed Indian Air Force officials in 1990.

On August 10, 2019, Fazili’s SWK chapter held a public protest in Atlanta against the Indian government’s decision to revoke the autonomous status granted to the region of Jammu and Kashmir (J&K) under Article 370 of its constitution. The co-sponsored “#StandwithKashmir Protest” was organized to denounce the measures Indian Prime Minister Narendra Modi took to secure the region from the threat of violent backlash. India’s decision to protect itself was dubbed an act of Muslim oppression by Fazili, who was described as playing a “key role” in the demonstrations.

“We urge people of conscience to come out and show support and solidarity for the people of Kashmir as authoritarianism and Islamophobia rise around the world, from India to the United States to Europe,” she said.

SWK was accompanied at the Atlanta protest by the Council on American-Islamic Relations (CAIR), a Muslim civil rights group notoriously listed as an unindicted co-conspirator in the largest terrorist funding case in U.S. history. The Islamic Circle of North America (ICNA) also co-sponsored the demonstration. ICNA is not only one of the largest Islamic organizations in America, but it is also the Western face of Jamaat-e-Islami (JeI), a South Asian Islamist movement with dangerous ties to jihadist groups such as Hizb-ul-Mujahideen and Lashkar-e-Taiba (LeT).

In 2008, LeT was responsible for slaughtering over 160 people in a horrific series of attacks in Mumbai. Despite this, Fazili participated in an ICNA convention in late 2019, voicing opinions about humanitarian relief and political advocacy efforts in Kashmir. 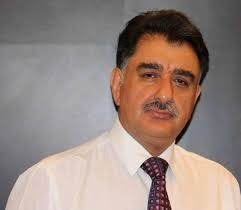 Fazili’s cousin, Mubeen Shah, was issued an arrest warrant in India in October for calling on Kashmiris to expel outsiders from the region.

Apparently, Fazili and her cousin Hafsa aren’t the only Kashmiri dissidents in the family. Another cousin, entrepreneur Mubeen Shah, has lionized Kashmiri jihadists, agreed with a description of convicted terrorists as “inspirations for the youth,” and promised that “we all are ready to spill our blood” to protest Indian domicile laws.

Following the revocation of Article 370, Shah was detained “under sedition charges.” Although his family denied the charges, he was taken into custody by Kashmir police for “activities that could hamper peace in the Valley,” and subsequently released in December 2019. Fazili used her political connections to lobby for his freedom, contacting “friends in the [U.S.] State Department” to put pressure on authorities.

Shah’s release coincided with the introduction of a bipartisan resolution in the U.S. House of Representatives, calling upon India’s government to ease Modi’s security measures in J&K. The cry against so-called “human right abuses” seemed to work in his favor. But J&K police once again sought Shah’s arrest in October, this time for a viral Facebook post calling on Kashmiris to socially isolate “non-Kashmiris” and force them to “vacate” the region.

Along with her links to South Asian extremists, Fazili has worked for other American Islamist groups. In 2001, she was involved with the American Muslim Alliance (AMA) during a time when it was heavily criticized for anti-Semitism.

Offended by some of the remarks made by AMA leaders, Hillary Clinton returned $50,000 in political contributions raised by the Islamist group during her Senate campaign. In addition to blatant anti-Semitism, AMA has a long history of defending extremists such as Aafia Siddiqui, who tried to kill a U.S. Army soldier while detained in Afghanistan.

Currently, Fazili is listed as Committee Chair of the Inner-City Muslim Action Network’s (IMAN) Atlanta office, and she was previously listed as a director of IMAN’s Chicago branch. Notably, two of IMAN’s top 20 donors include the Barzinji Family Foundation and Mirza Family Foundation. These two organizations, in particular, are apparent successors to individuals and organizations associated with the SAAR Network, a web of businesses and charities accused of harboring numerous financial connections to entities involved with Al Qaeda, Hamas, and Palestinian Islamic Jihad.

While the Biden administration carelessly plays to the tune of diversity, one should be reminded that Fazili has been involved with subversive Islamists who promote bigotry and appear to sympathize with jihadists. Fraternizing with radical Kashmiri resistance groups and procuring more political influence, Fazili has the potential to harm U.S.–India relations. Analysts in India are correct: the actions of the newly appointed NEC deputy director should be monitored.

is a writer for Islamist Watch, a project of the Middle East Forum.